“Meow the Secret Boy” will tell the story of a cat who can transform into a man and a woman who has puppy-like charms. Along with the main posters that introduce the two lead characters Hong Jo (INFINITE’s L) and Kim Sol Ah (Shin Ye Eun), the new poster shares more insight into the people around the pair as well.

L takes on the role of Hong Jo, a cat who can transform into a human, and this is shown in the new poster as both Hong Jo’s human and cat forms are sitting in the same position. Shin Ye Eun plays the role of Kim Sol Ah, and she has a bright smile on her face that reflects her puppy-like personality.

Around them is Seo Ji Hoon, looking dandy and chic as he takes on the role of Lee Jae Sun, who runs a studio and cafe and has been in Kim Sol Ah’s orbit for over 10 years. Yoon Ye Joo has a shy smile on her face as she plays Eun Ji Eun, an introverted designer who is a co-worker of Kim Sol Ah. Finally, there is Kang Hoon waving energetically as the role of Go Doo Shik, who has similar puppy-like charms as his friend Kim Sol Ah. 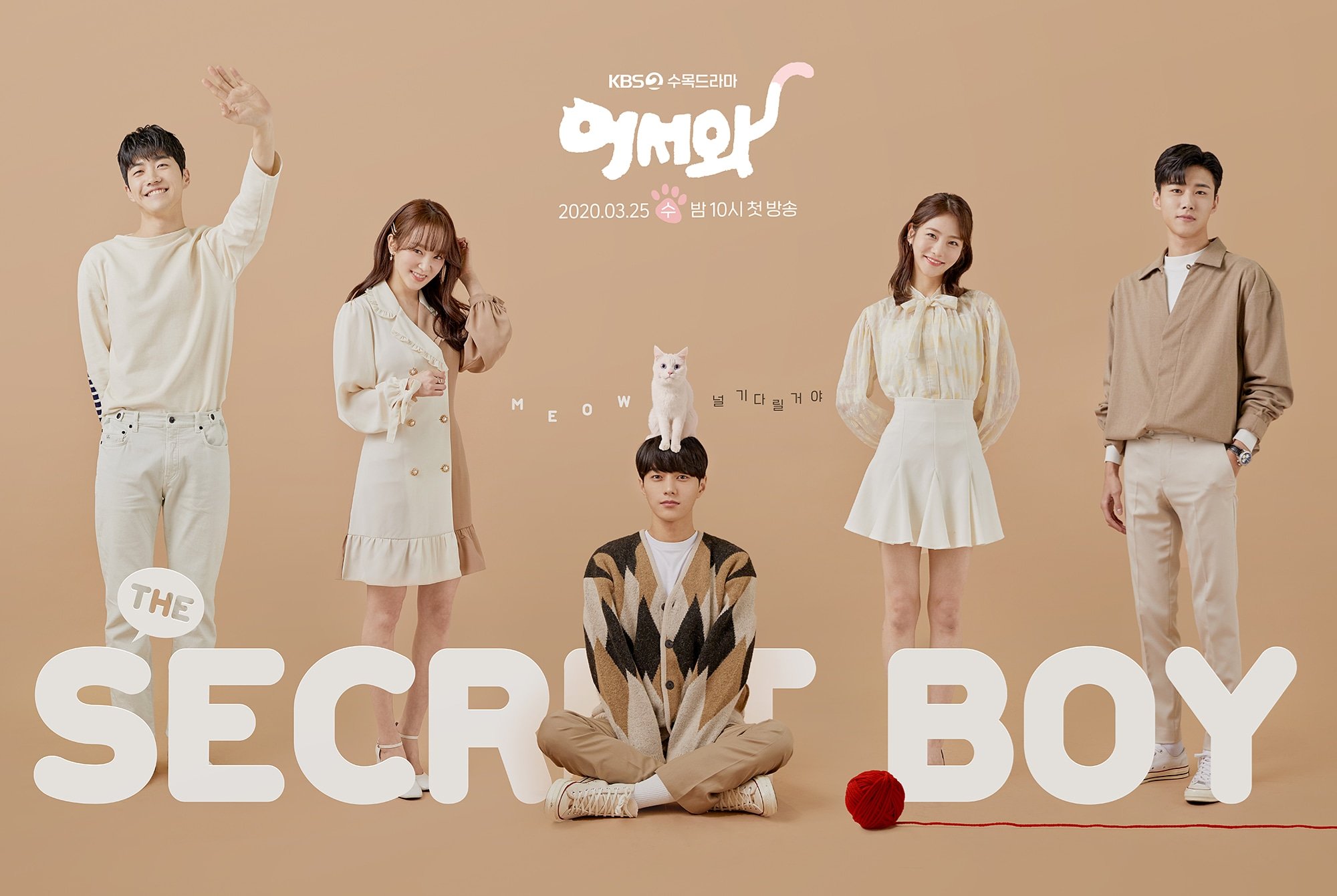 The poster was shot in Paju, Gyeonggi Province on January 24, and the five actors are said to have been excited to be meeting up again, catching up with each other on how their lives had been since they last met. When cameras started rolling, they each fell into their characters with perfect synchronization to create a poster that reflected their characters’ personalities.

The production staff stated, “The amazing chemistry between the five cast members will be so special. Each of them are perfectly portraying their characters, and we hope people will be excited for the new youth drama ‘Meow the Secret Boy.'”

“Meow the Secret Boy” will premiere at 10 p.m. KST on March 25, and will be available on Viki!