Watch: Lee Shin Young, Kim So Hye, And Shin Seung Ho Test Their Chemistry In Poster Shoot For “How To Buy A Friend”

KBS 2TV gave viewers a behind-the-scenes look at the poster shoot for “How to Buy a Friend.”

Based on a webtoon of the same name, this drama tells the story of average high school student Chan Hong who starts a “contractual friendship” with the school’s legendary fighter Dong Hyuk because of a poem he writes.

In the clip released on March 13, Lee Shin Young, Kim So Hye, and Shin Seung Ho posed together for photos at a school. The first shoot took place on the rooftop, where they portrayed youth rebelling through their growing pains.

When a staff member asked Shin Seung Ho to look the other way, he turned his head and made his co-stars burst into laughter. They finally got into position, but Kim So Hye’s hair covered her face in the strong wind. Lee Shin Young, 180 centimeters tall (approximately 5 feet 11 inches), and Shin Seung Ho, 187 centimeters tall (approximately 6 feet 1 inch), stood with their legs spread apart for Kim So Hye, who stood behind them. The shoot continued on the school field, and Shin Seung Ho commented that they might look cute as they stood in order of their height.

In his interview, Shin Seung Ho said, “I couldn’t check yet if [the poster] came out well, but I’m not as cute as my other two co-stars, so I’m trying to relax.” Despite this statement, the actor showed cute charms while posing by a brick wall.

The three actors then shared their thoughts on their drama and each other. Shin Seung Ho began, “We shot our poster today. I feel really happy because the weather is really nice. I’m in a really good mood right now.” After laughing at his statement, Kim So Hye commented, “I’m wearing a school uniform for the first time in a while and shot photos all over the school, so that was fun. It’s very windy, but it’s warm. I think I’m going to see you through ‘How to Buy a Friend’ during the warm spring. Please look forward to it.”

“I’m really happy that I can experience something new in a new project,” said Lee Shin Young. “Thank you to the staff who created a fun shooting atmosphere.”

Kim So Hye added, “First, I think the person who’s playing Don Hyuk is very funny and [Lee Shin Young] laughs a lot.” Lee Shin Young concluded, “We’re a bit awkward now, but I think that we’ll be able to create natural chemistry as time passes. I’ll work hard to make ‘How to Buy a Friend.’ Thank you.”

The drama also gave viewers a glimpse of this upcoming drama through a special poster that was shot on the school rooftop. 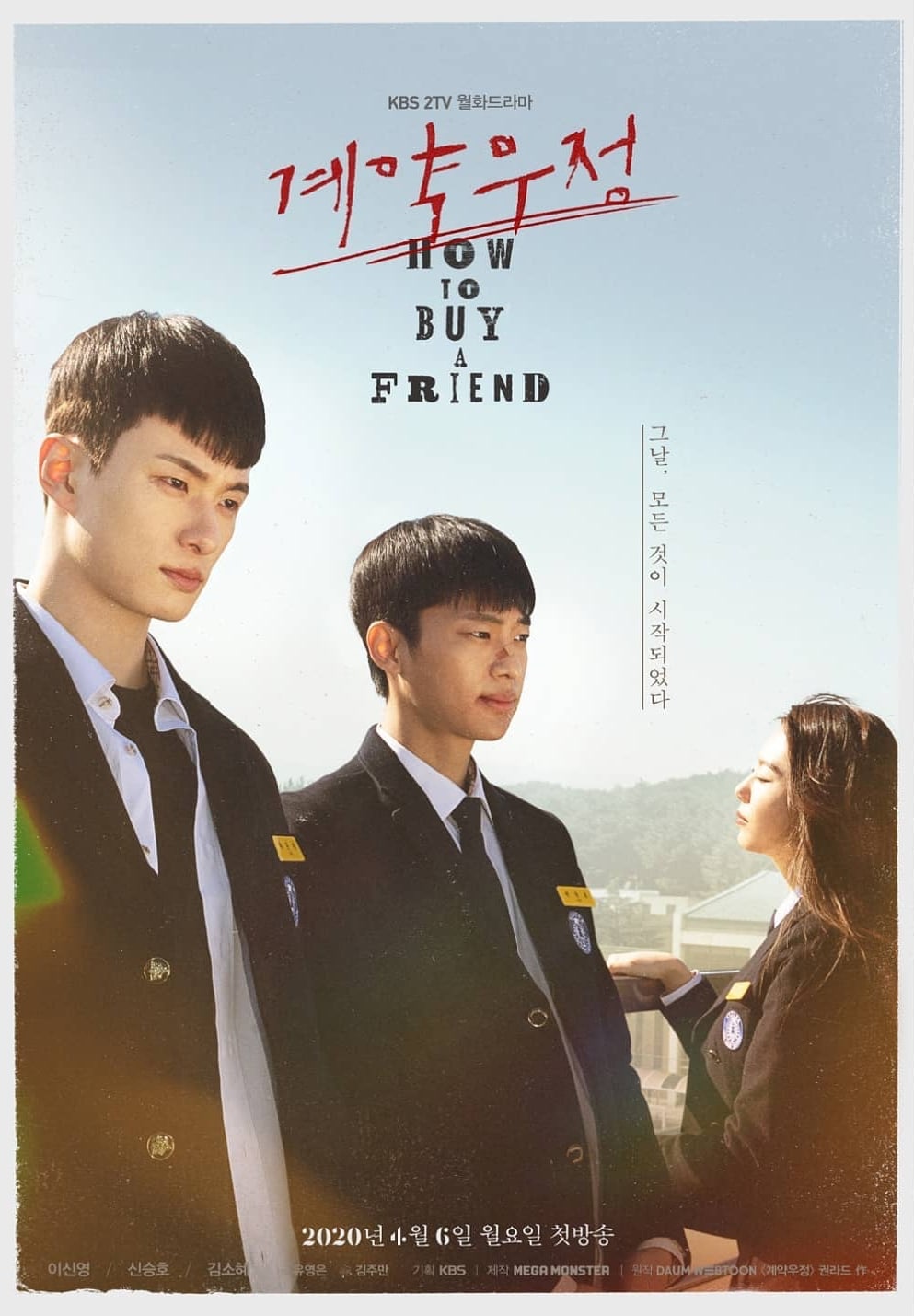 Kim So Hye
Shin Seung Ho
Lee Shin Young
How to Buy a Friend
How does this article make you feel?