On the latest episode of “Running Man,” Im Soo Hyang talked about a time she got drinks with Jun So Min and Lee Kwang Soo!

Im Soo Hyang appeared as a guest on the March 15 broadcast of the SBS variety show, in which she went on a bonding trip with the cast.

When asked about her friendship with the cast members, Im Soo Hyang shared, “I once drank together with Lee Kwang Soo and Jun So Min, and in the end, I ran away.” She continued, “It was no joke. They kept making me drink while playing drinking games. It was about 3 or 4 a.m. when I ran away.”

Jun So Min joked, “‘Running Man’ made me this way.” 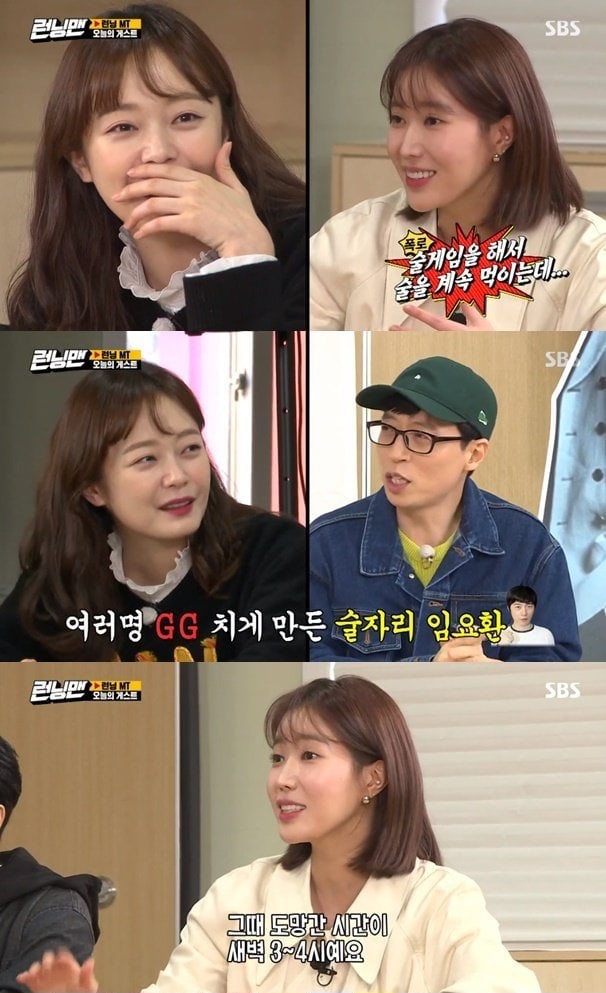 Lee Kwang Soo did not appear during the episode, as he was recovering from his injury from a recent car accident. However, “Running Man” revealed in the preview for next week’s episode that he will be returning next week.