“Meow the Secret Boy” will tell the story of Hong Jo (Kim Myung Soo), a cat who can transform into a man, and Kim Sol Ah (Shin Ye Eun), a woman who has puppy-like charms. Although Hong Jo can become human, he isn’t aware of how or why he can transform. After Hong Jo is discarded by his previous owner, Kim Sol Ah somehow comes to take care of him, bringing the two together in one household.

In the newly released stills, Hong Jo is looking depressed while holding a bright yellow umbrella on a sunny day, sighing deeply while walking around the neighborhood. Although he’s swallowed by sadness, he perks up after seeing a child’s picture book, smiling and beaming with curiosity. Viewers are excited to find out why Hong Jo is using an umbrella on a sunny day and where he could be headed with such a sad expression. 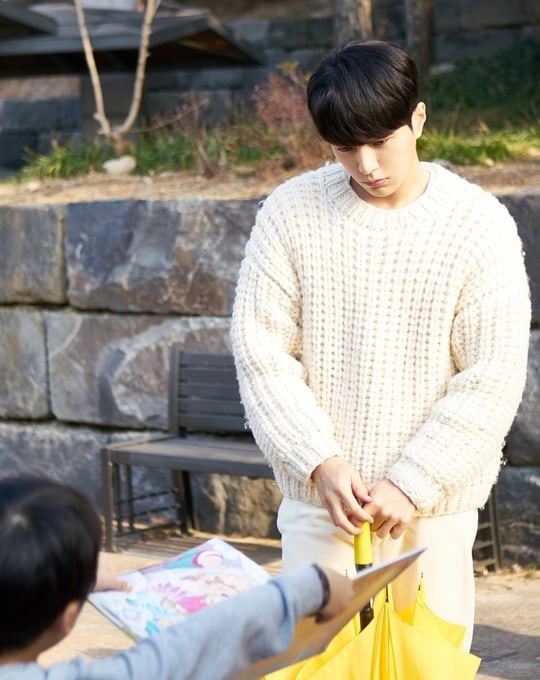 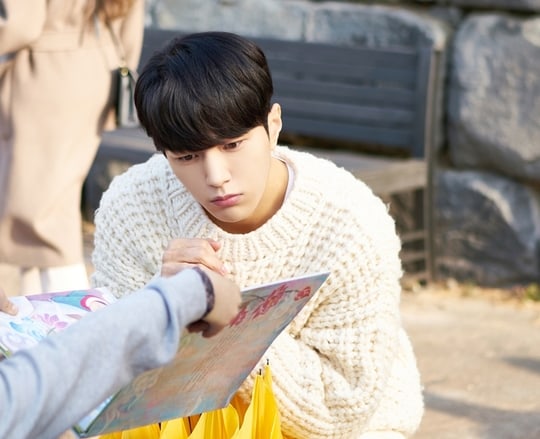 The filming for this scene took place in Jongno district in Seoul on December 17, and Kim Myung Soo was thoughtful and considerate while working with the child actor. During rehearsals, he continued to practice his lines with the child actor in order to ease the young actor’s nerves. Not to mention, the staff on set were all impressed by Kim Myung Soo’s ability to portray both sadness and curiosity with just a change of his gaze. 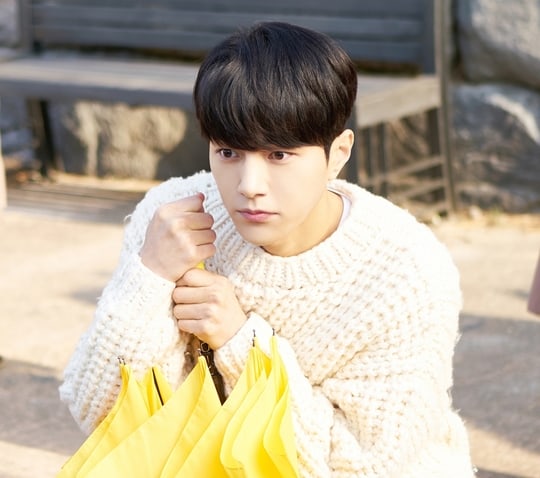 The production team shared, “This was a scene that made us feel that Kim Myung Soo, who gradually perfected the poetry like emotions of a cat, was very outstanding,” adding that they hoped many viewers would be curious to find out where the unpredictable cat Hong Jo was headed.