On the latest episode of “Ask Us Anything,” SEVENTEEN’s Seungkwan and the cast teased VIXX’s Ravi over a recent good deed!

Both Ravi and Seungkwan appeared as guests on the March 28 broadcast of the JTBC variety show, where Lee Soo Geun brought up the fact that Ravi recently made headlines for a thoughtful display of generosity.

Describing the incident, Ravi recalled, “A young couple was riding electric scooters, and they dented my parked car. After seeing what had happened, I decided not to receive compensation from them for the [damage to the car].”

Lee Soo Geun went on to explain that one of the two students later expressed his gratitude to Ravi by posting the story online. The student, who had been extremely worried about the high costs of repairing a damaged Porsche, decided to share screenshots of his text message conversation with Ravi after being impressed by the singer’s friendliness and generosity.

However, Lee Soo Geun teased Ravi by playfully pointing out that he could have chosen to remain anonymous. He then read the end of Ravi’s text to the student, in which he wrote, “It would be enough for me if you just showed a lot of love for Ravi and GROOVL1N’s music.” 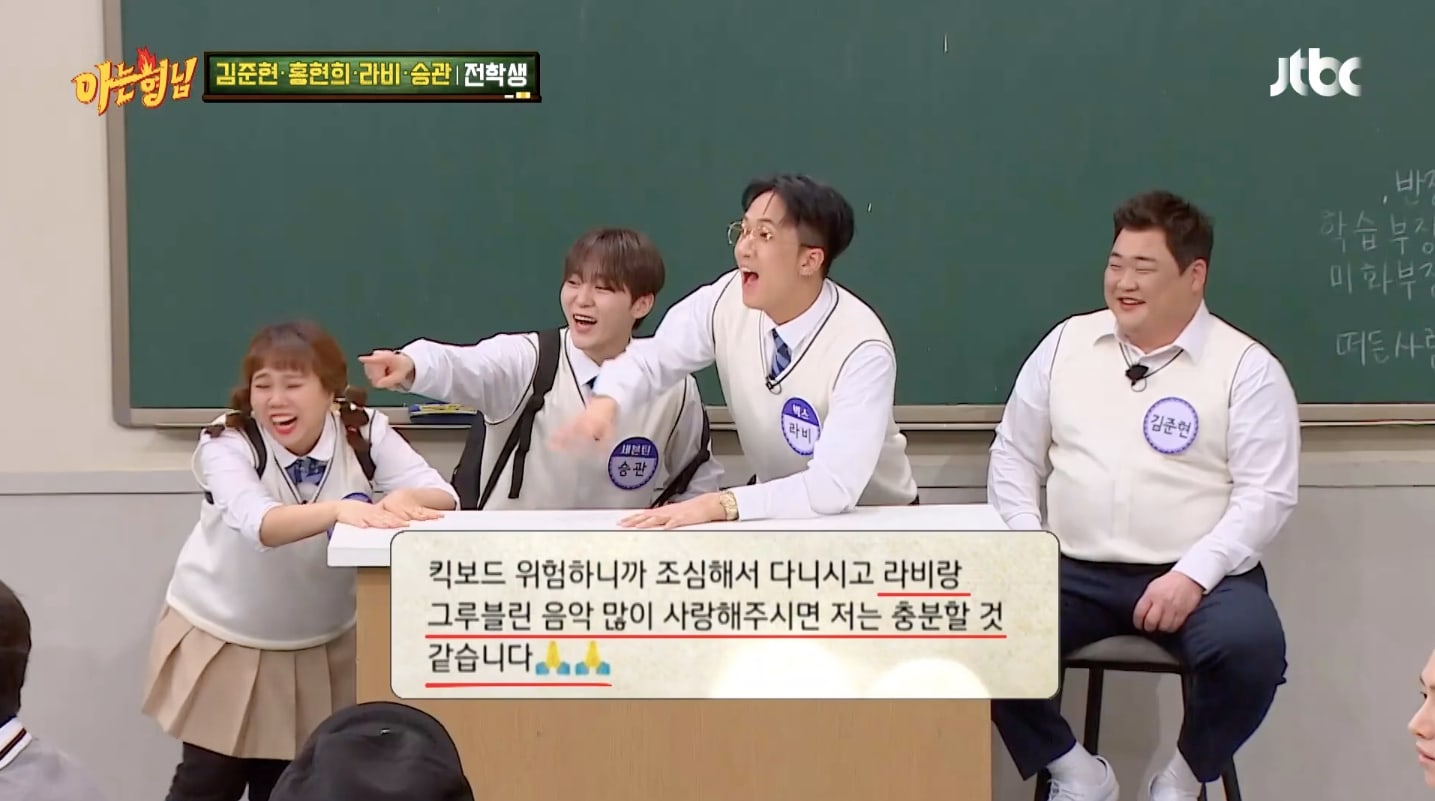 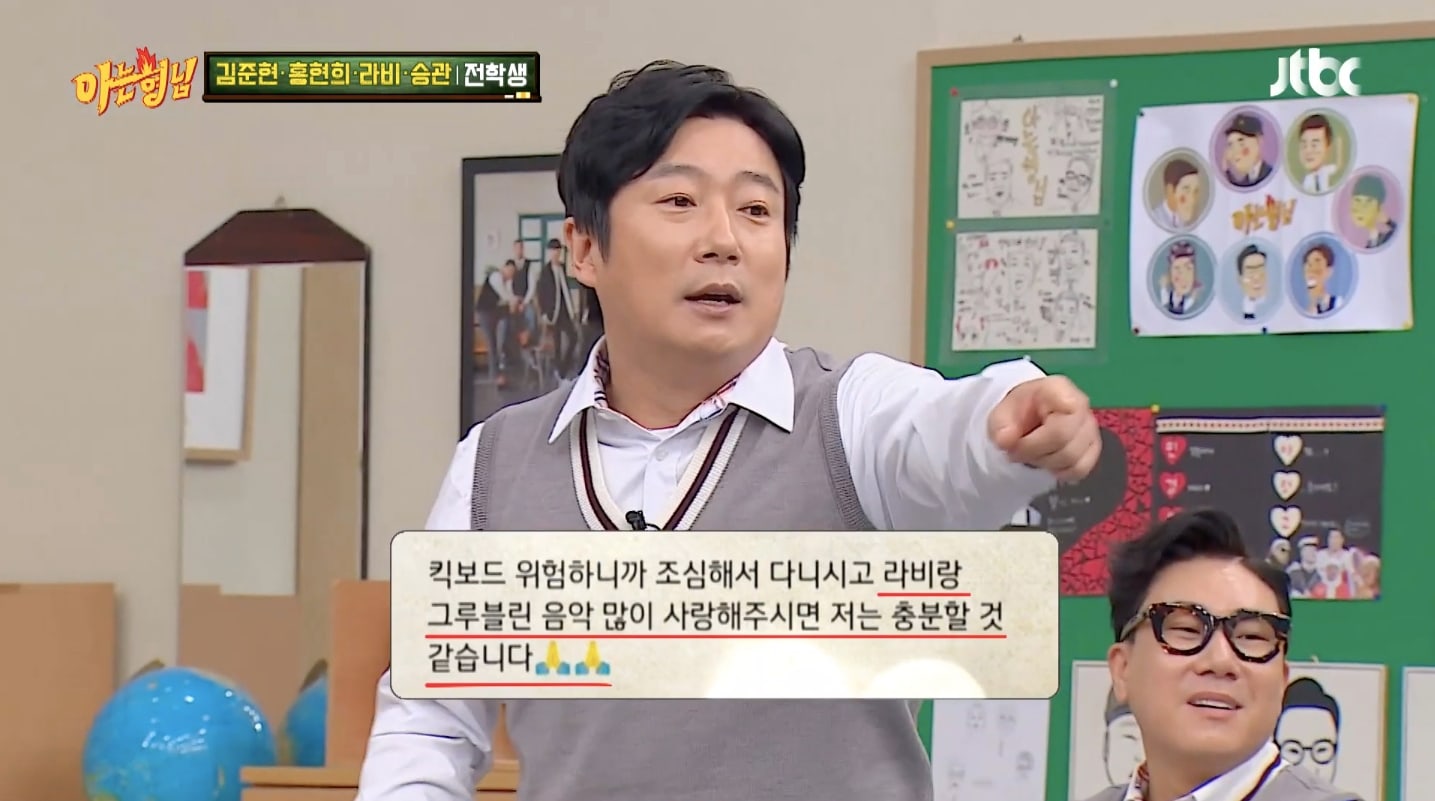 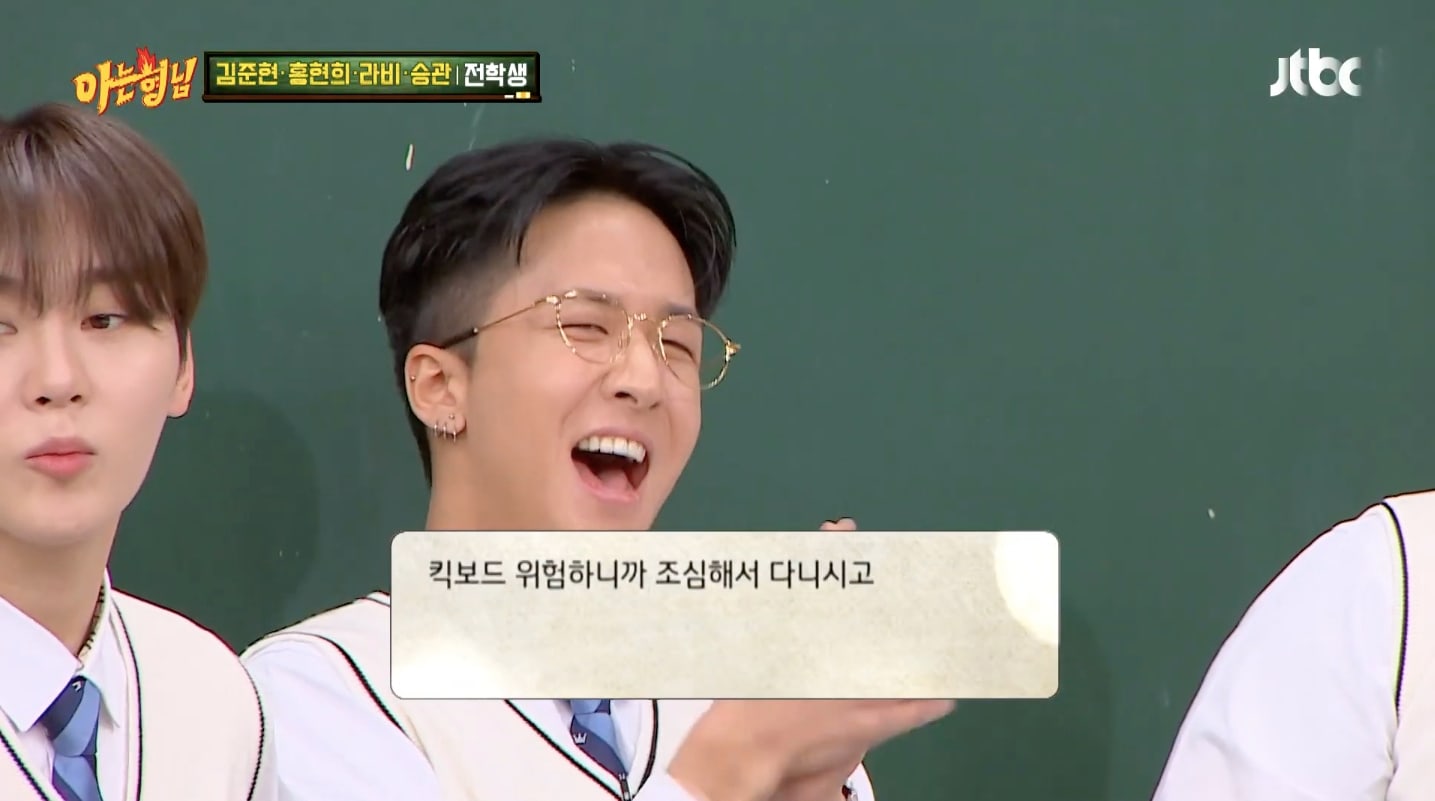 Seungkwan then continued the teasing by telling his own story about Ravi’s generosity. “Once in the past, I was walking down Rodeo in Apgujeong with another [SEVENTEEN] member,” he recalled, “and I could see someone walking past and flexing with a lot of shopping bags. Anyone could see it was Ravi.”

He went on, “I told him we were on our way to eat and asked, ‘Do you want to eat with us?’ So we ended up eating together. It seemed like Ravi had a hard time saying no. Later, as we were eating pork belly together, I said, ‘Hyung, we’ll pay for the meal,’ but Ravi said, ‘If I let you guys treat me to this pork belly, what [kind of senior artist] would that make me?’ So he paid for the meal.”

Seungkwan jokingly added, “Maybe he was hoping we’d tell this story on TV also,” and Kang Ho Dong asked, “Ravi, surely you weren’t thinking of that when you paid for the meal?”

Ravi then hilariously returned their volley by shaking Seungkwan’s hand and joking, “No, actually, I’d been waiting for about two years [for him to tell the story].” 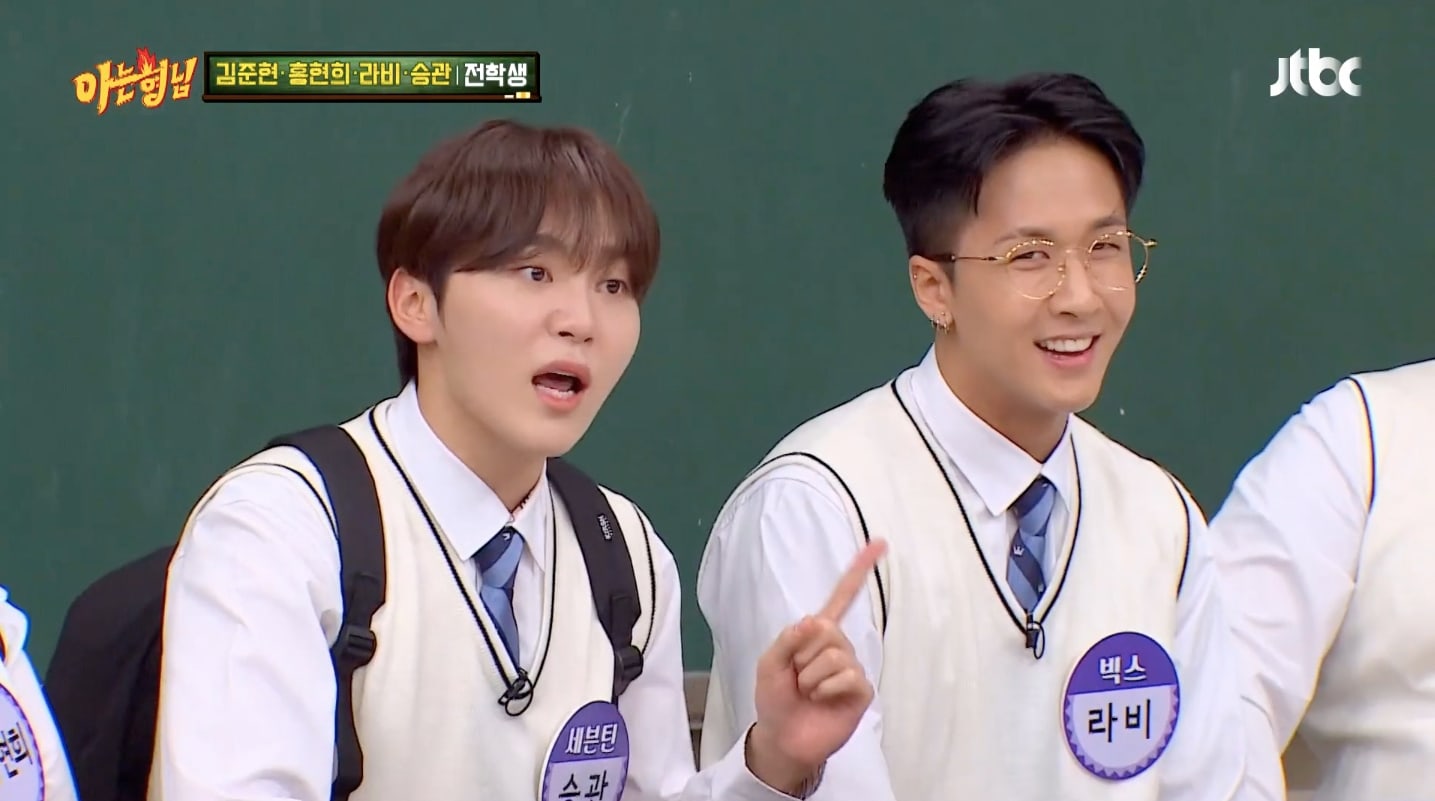 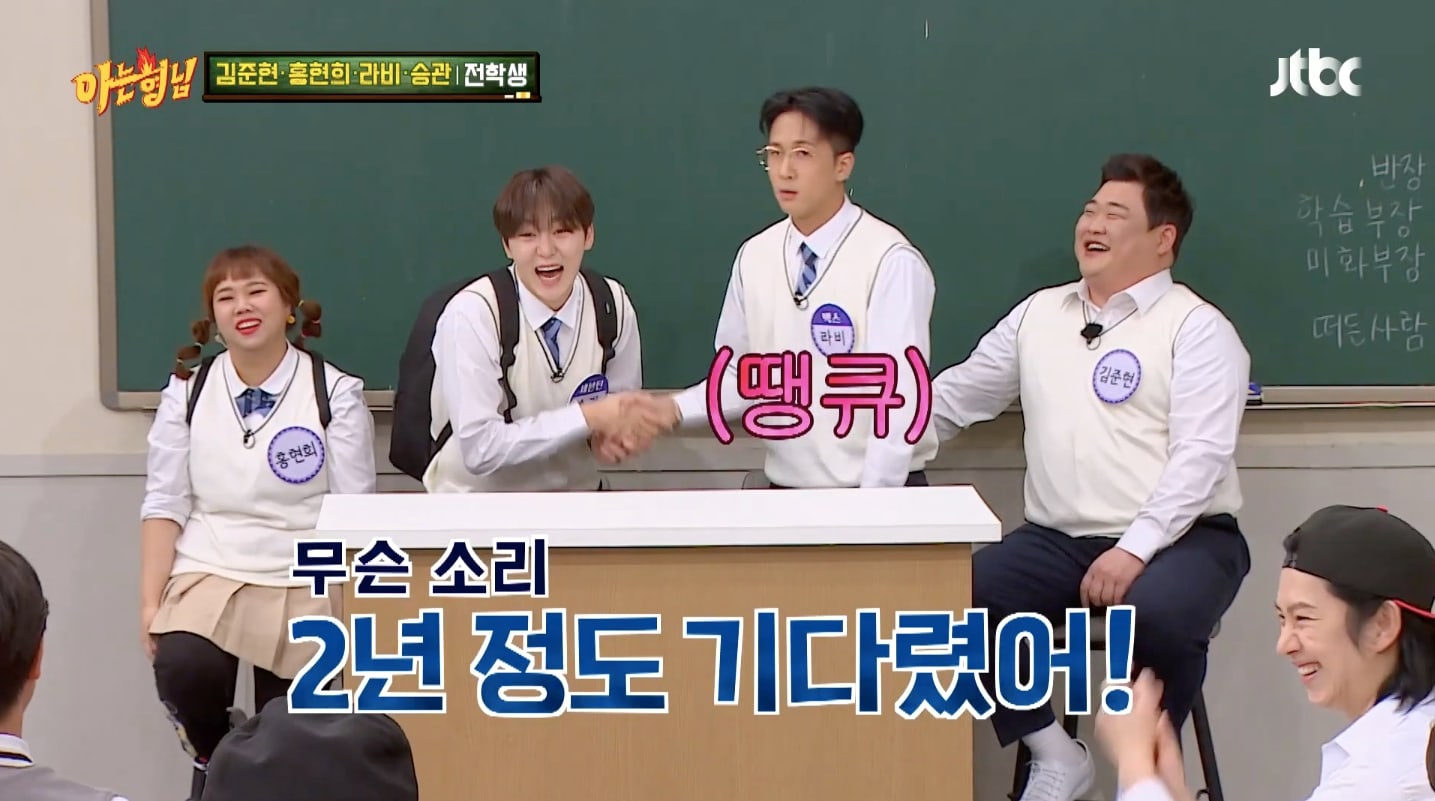 VIXX
SEVENTEEN
Seungkwan
Knowing Bros
Ravi
How does this article make you feel?