“Road To Kingdom” To Hold Online Vote Ahead Of Premiere

Mnet’s “Road to Kingdom” will be gearing up for its highly-anticipated premiere with a pre-show round of voting!

On March 28, Mnet officially announced that its upcoming program “Road to Kingdom” would kick off the competition with an online vote held a month before its premiere.

In an online post, the network informed viewers, “On Monday, March 30 at 3 p.m. KST, ‘Road to Kingdom’ will hold its first pre-show preference poll. After watching sneak peeks of the ‘Road to Kingdom’ idol participants’ performances, please cast your vote for the team you want to support on our official website.”

“Road to Kingdom” is the second season of Mnet’s new idol competition series, which began with “Queendom” last fall. Earlier this month, the network confirmed that PENTAGON, ONF, Golden Child, The Boyz, ONEUS, VERIVERY, and TOO would be competing on the upcoming show.

Following the release of the participating groups’ performance previews and its first online poll, “Road to Kingdom” will premiere on April 30 at 8 p.m. KST. 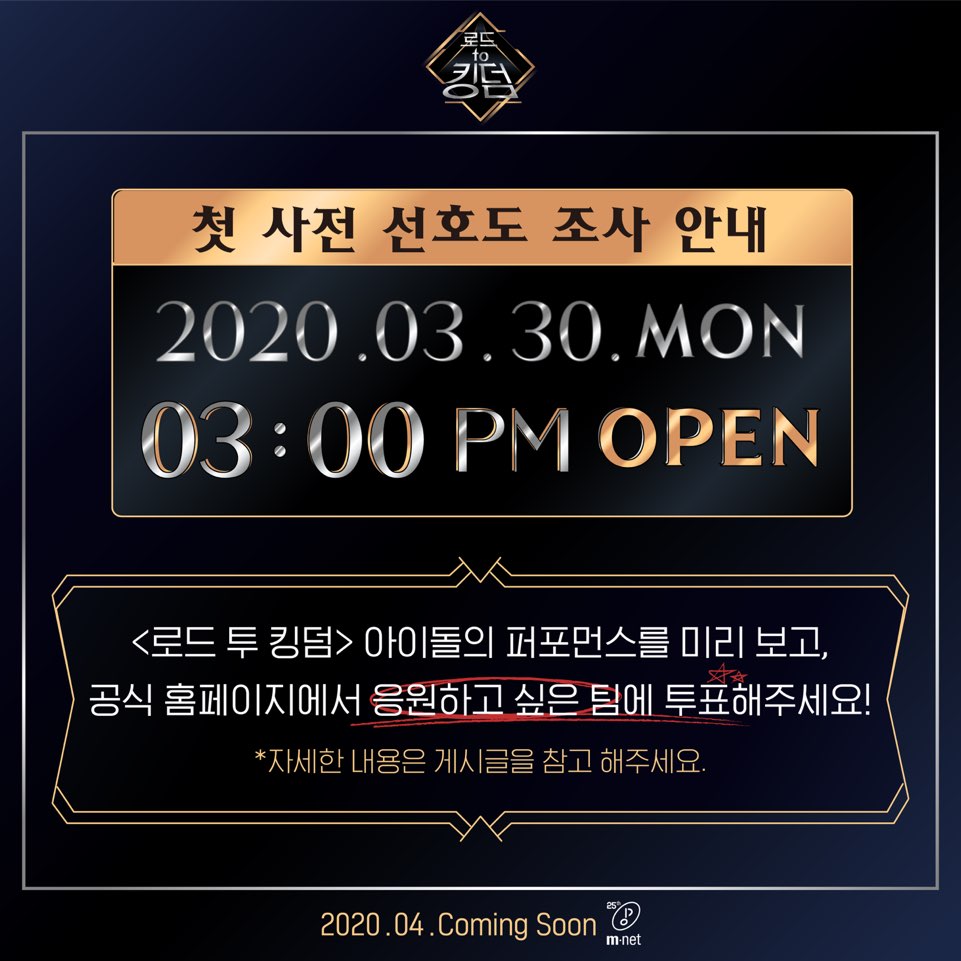