Watch: Bentley Has Adorably Unexpected Reaction To Delivery Menu Ads On “The Return Of Superman”

Bentley showed a surprising reaction to an unexpected item on “The Return of Superman”!

On the March 29 episode of the KBS reality show, Bentley ran into the kitchen and grabbed what he called his “treasure,” which was revealed to be a handful of delivery menu print ads.

After carrying the delivery ads to the sofa, Bentley lovingly hugged them close and looked at the various pictures while imagining tasting the delicious dishes. At one point, he even tried to eat the chicken pictured on one of the menus by putting the paper in his mouth, then complained, “It doesn’t taste like anything.” 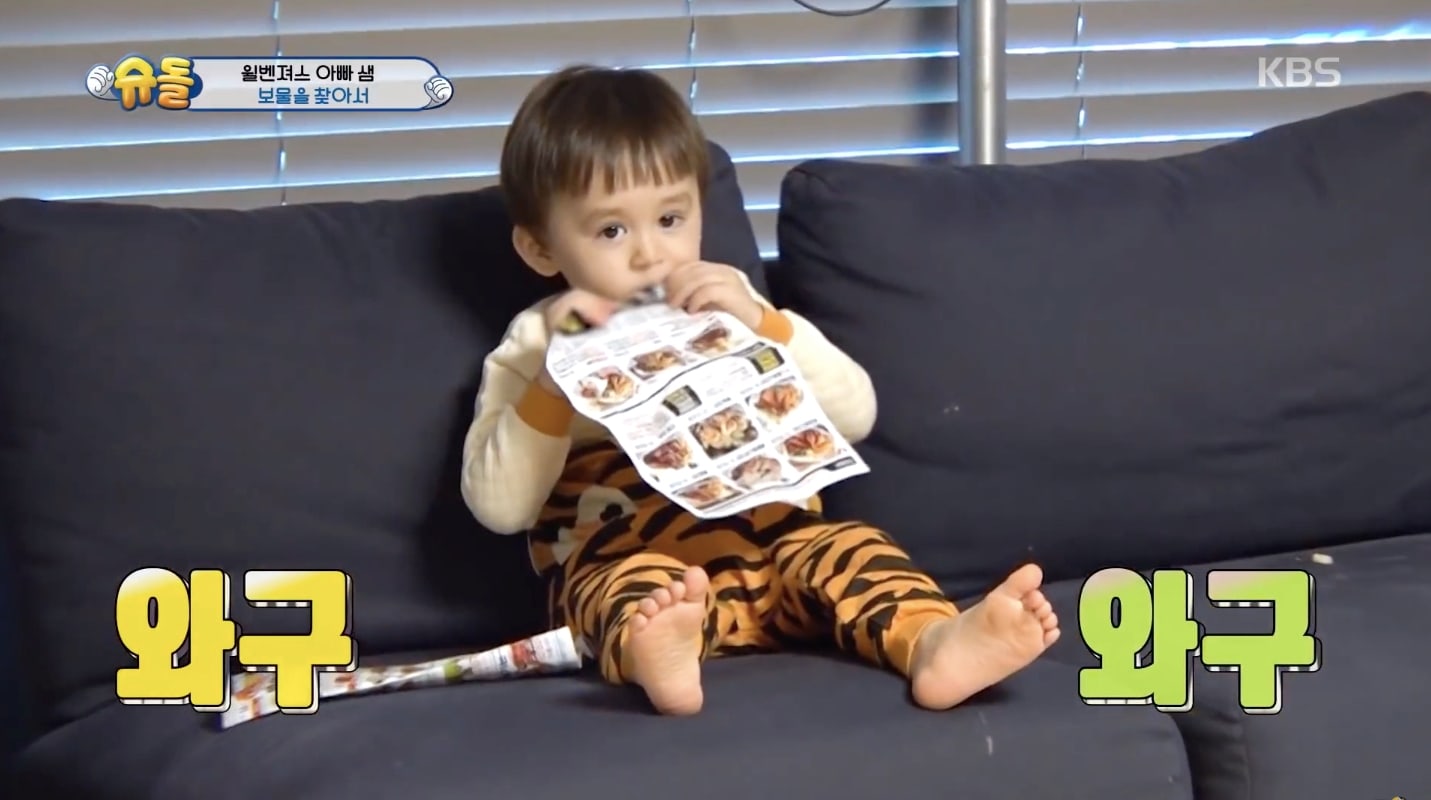 Later, Bentley left the ads on the couch and went to hang out with his older brother William. When he returned to the living room, however, the print ads were nowhere to be found. 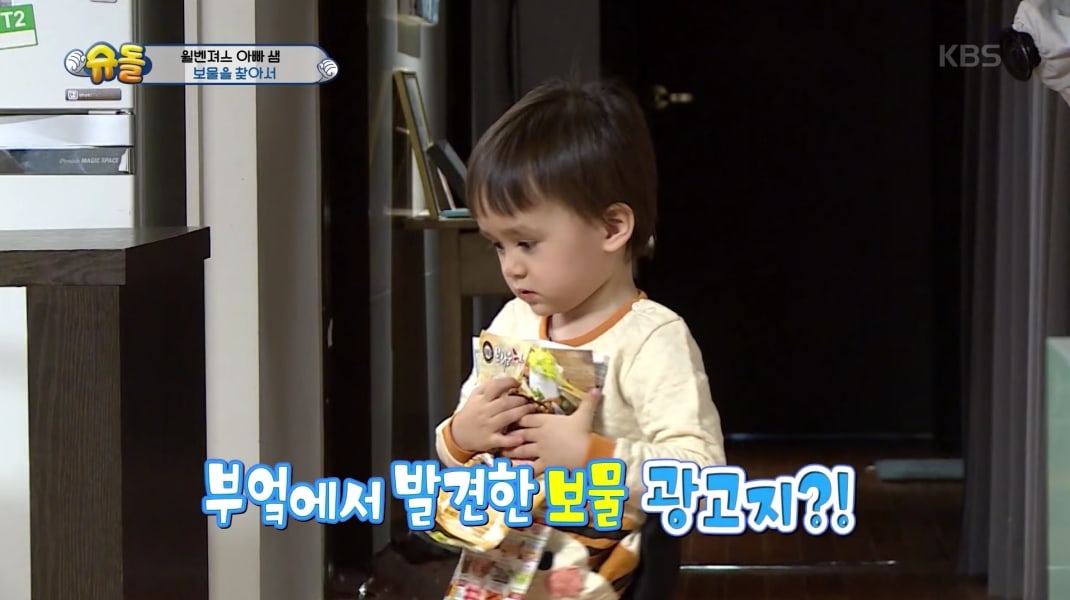 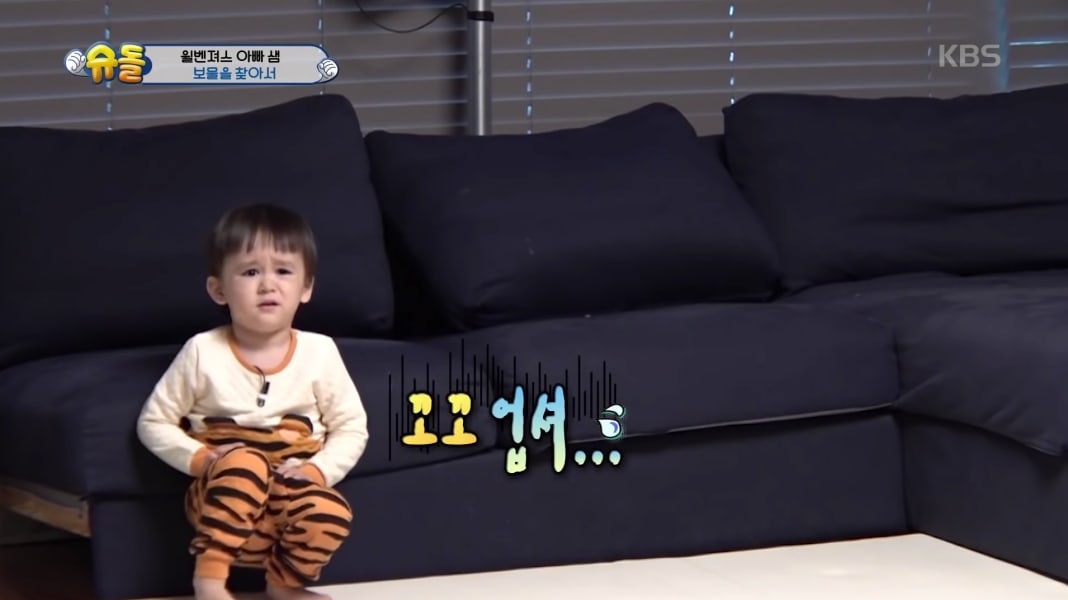 After frantically searching for his beloved treasure, he described what he was looking for to his father by saying the words “square,” “chicken,” and “my love.” Sam Hammington had difficulty understanding what Bentley was saying, and William joined in on the impromptu game of charades.

Sam Hammington finally figured out that Bentley was referring to delivery menu ads, and he told his son that he had thrown them away while cleaning. Bentley teared up upon hearing this heartbreaking news, and Sam Hammington apologized before cooking up a delicious meal for his sons. 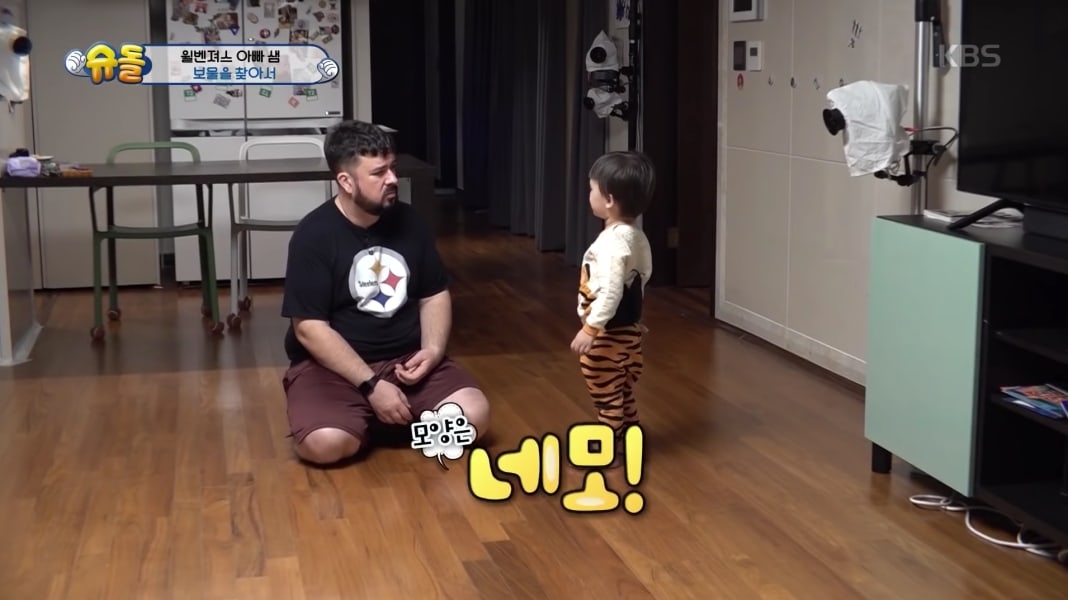 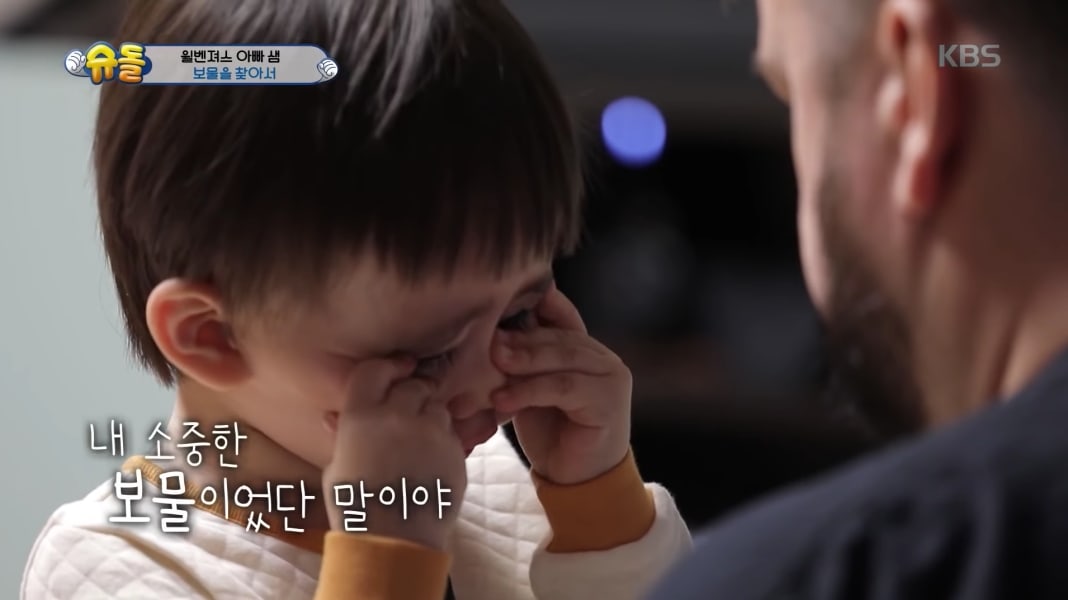 Check out the clip of Bentley getting adorably attached to the delivery menu ads below!

The Return of Superman
Sam Hammington
Bentley Hammington
How does this article make you feel?