“Meow the Secret Boy” tells the story of Hong Jo (Kim Myung Soo), a cat that can transform into a human, and Kim Sol Ah (Shin Ye Eun), the puppy-like person who takes care of him. Hong Jo learns that his ability to turn into a human is triggered by a single person, Kim Sol Ah, so he begins to form even more affection for her as time goes by due to their special connection.

The new stills show Hong Jo enjoying a glass of milk in a bright yellow mug. He holds the mug carefully in his hands and he seems to get lost in the milk, not even realizing he has a milk mustache because of his enthusiasm. 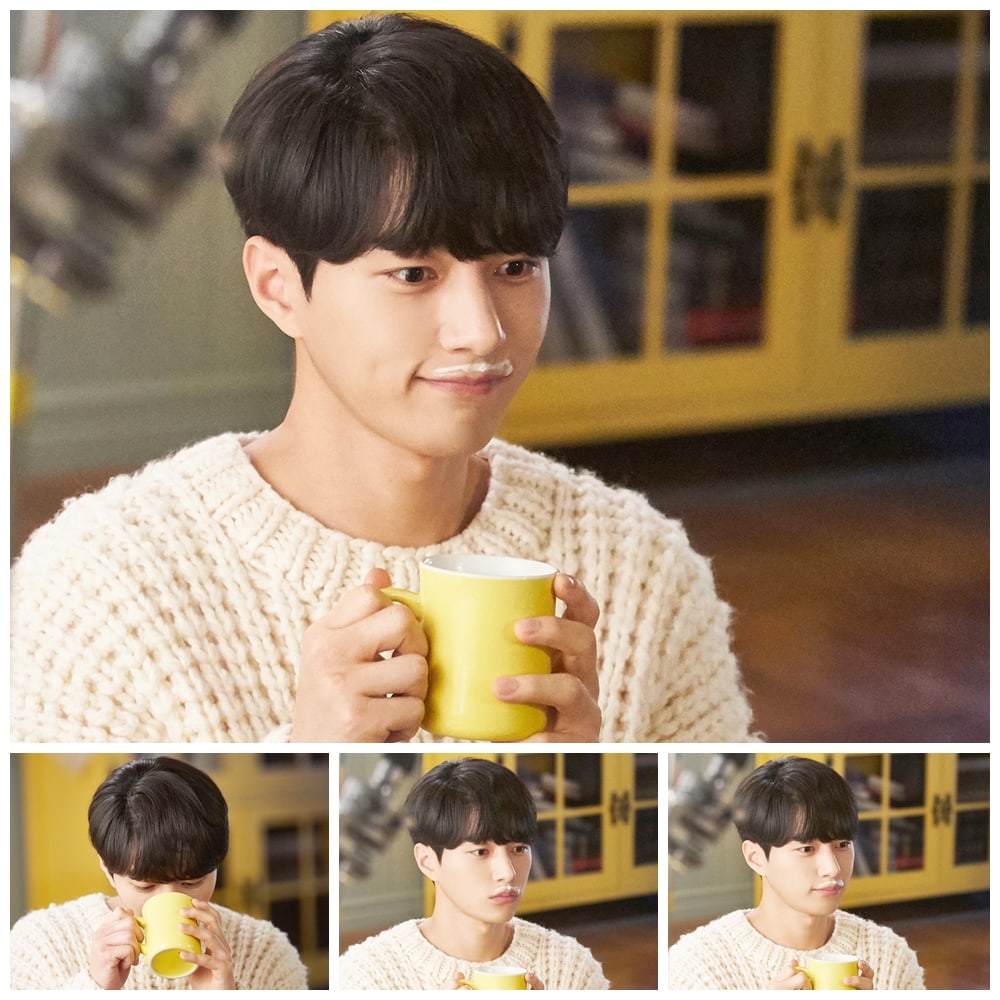 Kim Myung Soo filmed the scene in February at a set in Paju, and he made sure to go over the scene meticulously with the director before filming started. They discussed the sensations Hong Jo would feel touching a cup and drinking milk as a human and not a cat. He was able to pull off the scene perfectly as Hong Jo until the cameras stopped rolling.

The production staff shared, “This was a scene in which Kim Myung Soo’s ability to express emotions and detailed movements shined beautifully, so much that staff were busy trying to snap photos of him as he worked. Please anticipate what Hong Jo will do in the upcoming episodes.”

“Meow the Secret Boy” airs every Wednesday and Thursday at 10 p.m. and is available on Viki. Check out the latest episode below!