KBS has released new stills of the upcoming episode of their Wednesday-Thursday drama, “Meow the Secret Boy!”

“Meow the Secret Boy” stars Shin Ye Eun as an aspiring webtoon artist who has a love-hate relationship with cats, and Kim Myung Soo as a cat who can secretly turn into a human.

In the new stills, the two characters are curled up together on Kim Sol Ah’s small bed, their heads almost touching. Both appear to be fast asleep, though Kim Sol Ah is laying a comforting hand on Hong Jo’s shoulder. 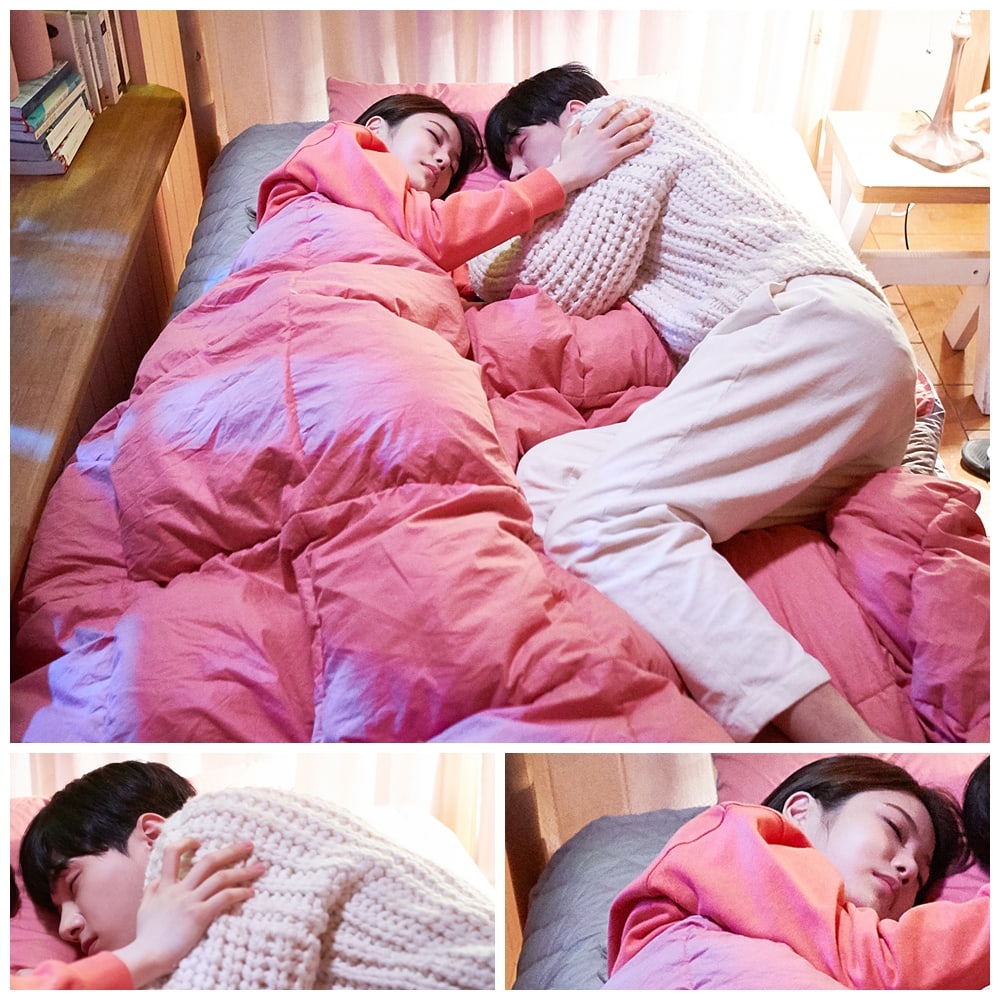 This scene was filmed on January 7 in Paju, Gyeonggi Province. The two actors had to confer with the director and production staff in order to get the details about their position correct, especially as Kim Myung Soo found lying on Shin Ye Eun’s arm to be awkward at first. But he also lightened the mood by quipping, “It’s an honor to be working with a goddess,” and when the cameras started rolling, both actors expressed their characters’ subtle feelings even with their eyes closed.

In another set of stills, Kim Myung Soo takes up a part-time job at a grilled rib and mackerel restaurant. He makes for a charming worker in his apron and hat, but wears a sullen expression as he grills mackerel outside and is scolded by the restaurant owner. 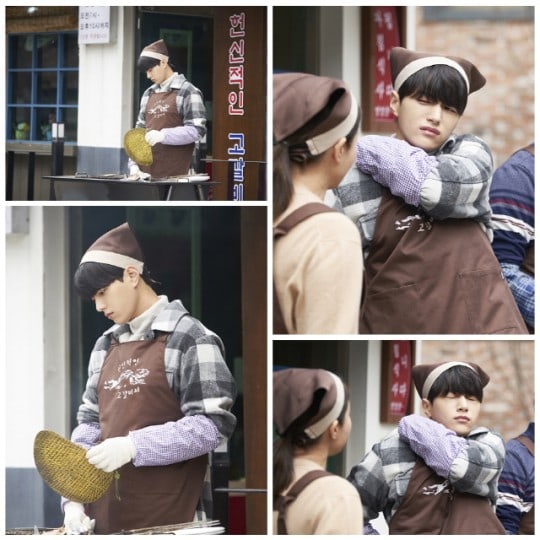 This scene was filmed on March 1 in the Seongbuk neighborhood in Seoul. Kim Myung Soo arrived on set with a bright smile and greeted all the staff members and made them laugh by pretending to be the restaurant owner once he had set up in front of the grill. After carefully checking details like how hard he should fan the grilled fish, he began filming the comic-tragic scene in which Hong Jo, who loves fish more than anything else, has to grill them without eating them himself.

The production staff stated, “Kim Myung Soo is not just good at portraying romance. He is even good at cooking and waiting tables. His cute slyness brought the set to life.”