On April 3, the upcoming drama revealed a stunning poster that highlights the interwoven destinies of its two leads. In the new poster, Jin Se Yeon—who will be playing both the pure-hearted 1980s bookstore owner Jung Ha Eun and her modern-day reincarnation, archaeologist Jung Sa Bin—gazes wistfully at something off-camera.

Meanwhile, a faint image of Jang Ki Yong—who will play both lone wolf Gong Ji Cheol from the 1980s and present-day medical student Cheon Jong Beom—overlaps with Jin Se Yeon, as if he is part of her shadow or inner self.

The poster’s caption asks the intriguing question: “Is there such a thing as people who are destined to meet no matter what?” 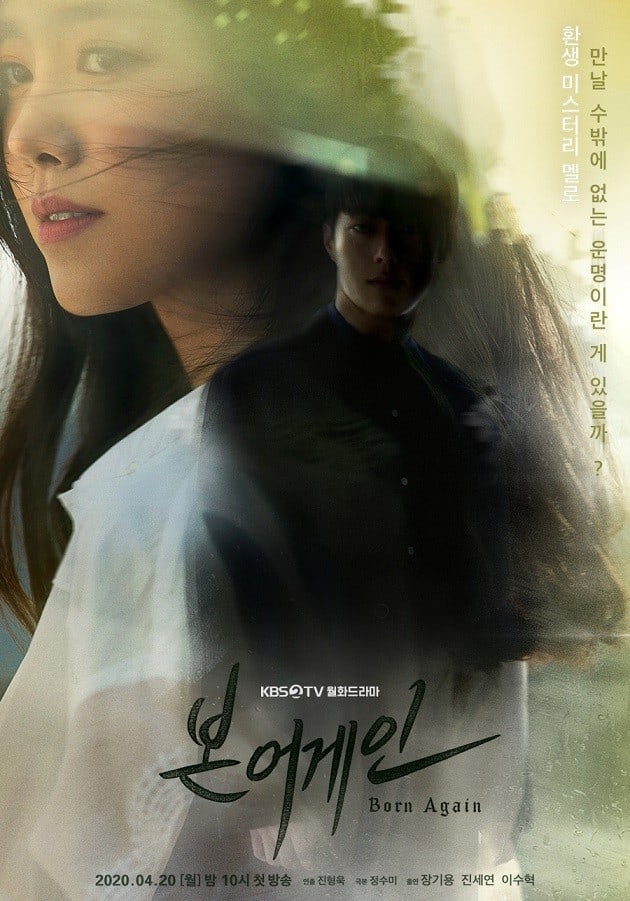 “Born Again” premieres on April 20 at 10 p.m. KST and will be available with English subtitles on Viki.