Watch: Kim Myung Soo Is Fascinated By His Cat Co-Star On Set Of “Meow The Secret Boy”

“Meow the Secret Boy” tells the story of Kim Sol Ah (Shin Ye Eun), a graphic designer with puppy-like charms, and Hong Jo (Kim Myung Soo), a cat who can secretly turn into a human.

The first behind-the-scenes video begins with Kim Myung Soo and Shin Ye Eun preparing for filming. He hands her a hot pack to keep her warm, and she gratefully accepts it with a cheerful laugh. They spot the behind-the-scenes camera and make sweet and silly poses in front of it. After a few rehearsals to perfect the scene, they officially start filming. 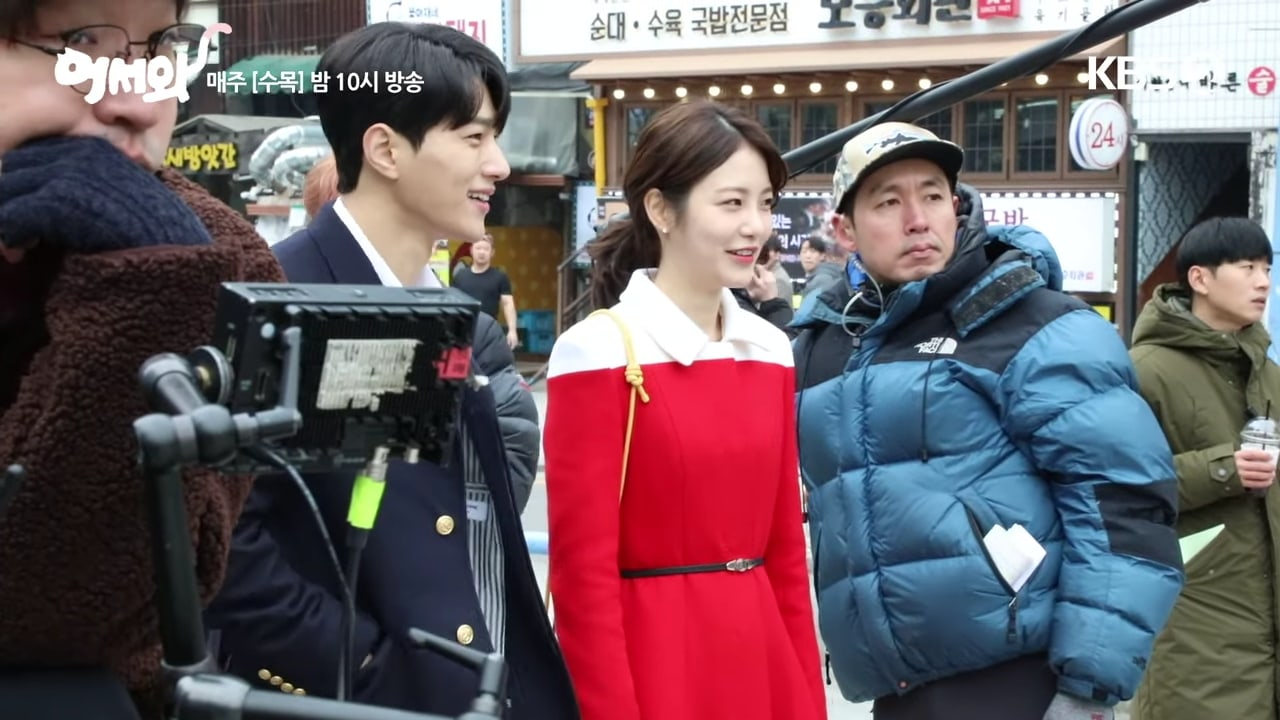 Shin Ye Eun also films with Baegi, the cat actor. Kim Myung Soo monitors Baegi’s acting, and he can’t help but express wonder at the cat’s professionalism. The cat gazes at the camera with the exact emotions the director wanted it to portray, and Kim Myung Soo proudly claps at its acting. 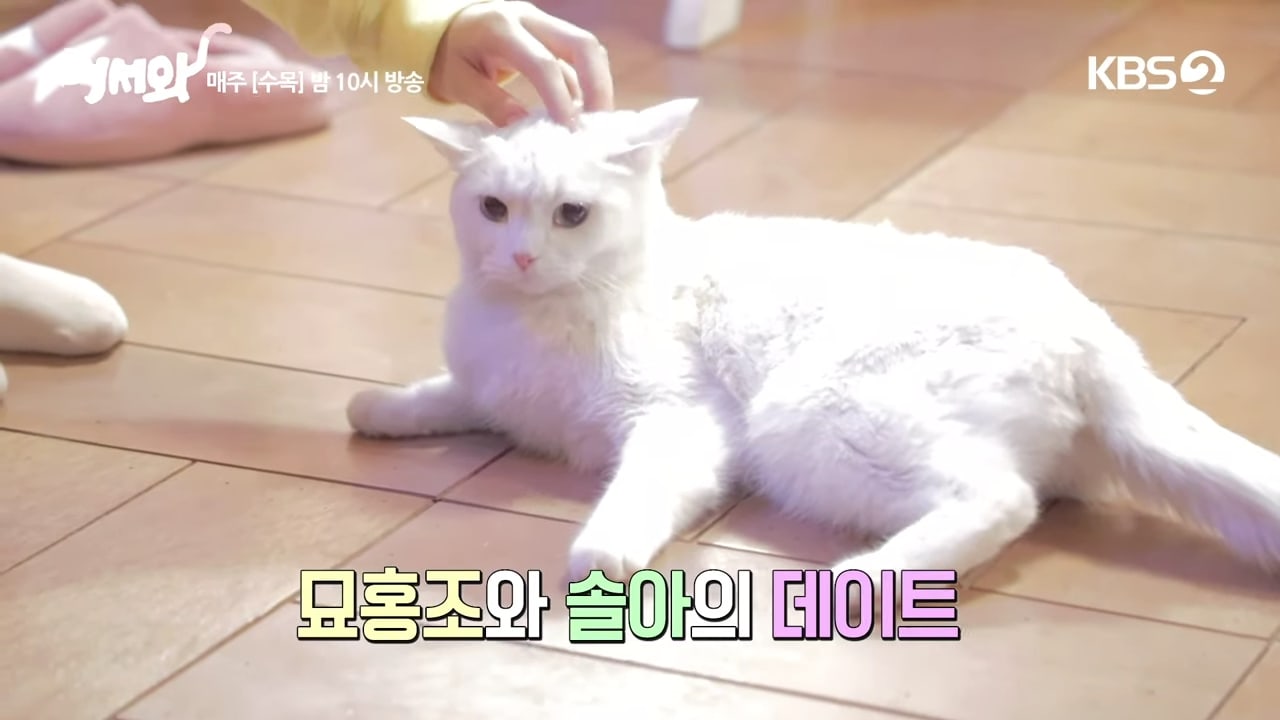 In the second video, Kim Myung Soo prepares to film the scene in which his character Hong Jo becomes mesmerized by the grilled meat. While waiting for filming, he warms his hands on the grill and comments, “I want to eat grilled meat.” Once filming starts, Kim Myung Soo immerses into his role as he portrays the details of a cat with his demure smile and innocent charms. 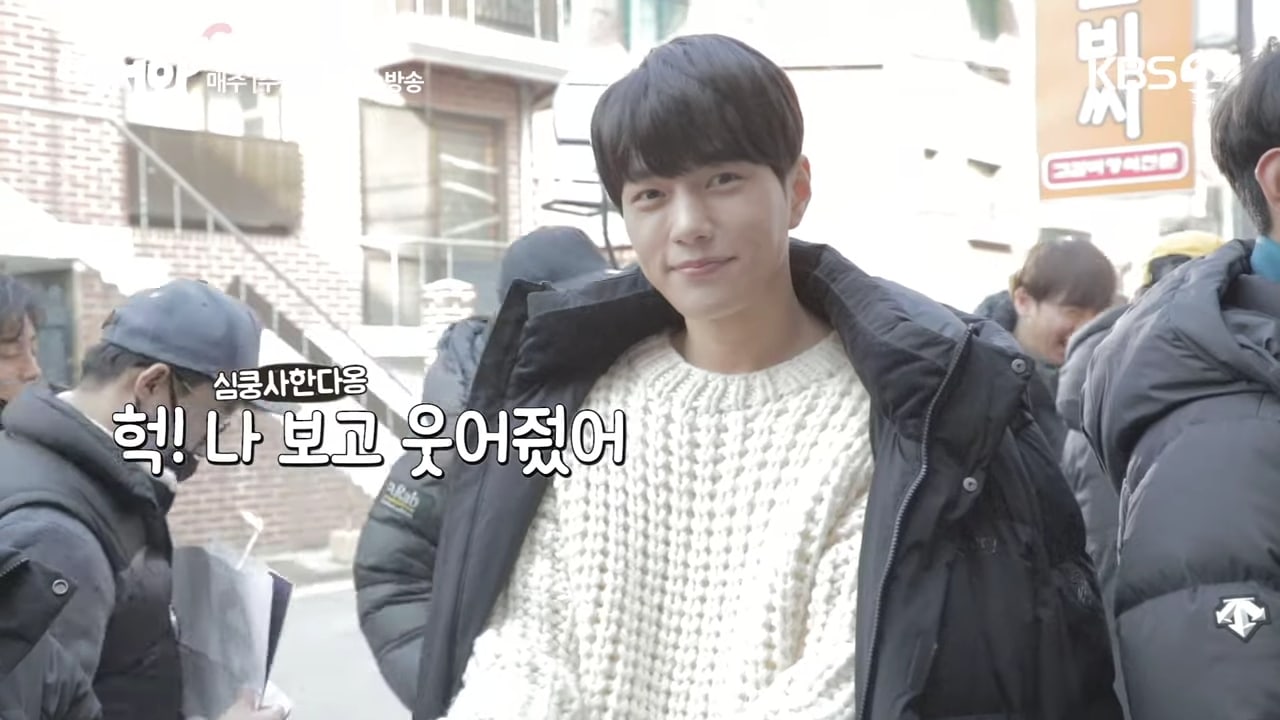 Watch the behind-the-scenes clips below!