Kim Sejeong Shares What gugudan Members Are Up To, What It Was Like To Work With Sunwoo JungA, And More

gugudan’s Kim Sejeong recently participated in an interview with MK Sports to talk about her first-ever solo mini album.

She shared that comfort is the core of her album, adding that she believes empathy is the most important factor when singing and that everyone could use a little comfort.

Her title track, “Plant,” is written by singer-songwriter Sunwoo JungA and is the only song on the album that is not written by Sejeong herself. She commented, “I don’t feel regretful that my title song is not my own. I’m not greedy regarding the title track. This is my first attempt, and I hadn’t received any feedback from the public yet. If I had done the song I wanted to do, I don’t think I would have been able to look at myself properly. I’m really fond of experts, and my agency believes the same, so I entrusted them with it.”

Sejeong also revealed her long-time fan status of Sunwoo JungA. She even sang one of Sunwoo JungA’s song during her college entrance exam. When asked how she felt after receiving the song “Plant,” Sejeong shared, “I’ve liked her since I was in high school. I was determined to work with her one day but my agency asked me first, ‘Is there an artist you want to collaborate with?’ I immediately answered Sunwoo JungA.” She continued, “When we met in person, I thought, ‘I am so relieved that someone I like is this kind of person.’ She explained every word and every melody, telling me, ‘This phrase and these words are important. Make sure to record them so they’re easy to hear.'” 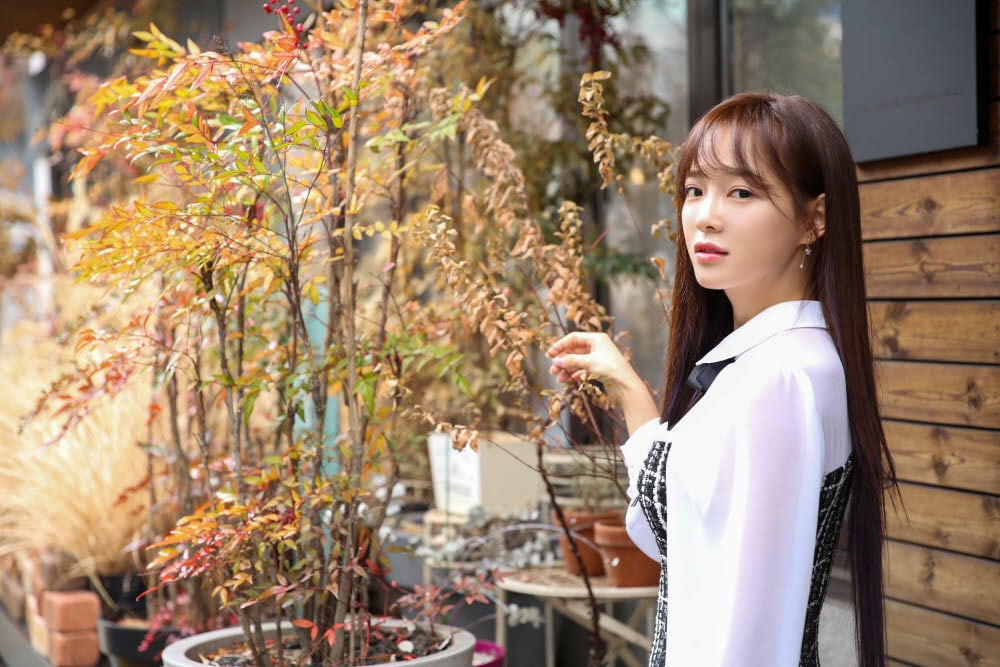 Sejeong also commented on the group’s future, saying, “Currently, the gugudan members are focusing on their individual development. We are all thinking and preparing to improve ourselves while waiting for a good time to all work together again.”

When asked what kind of goals she has set for herself, Sejeong answered, “Even if it’s a little late, I know flowers will always eventually bloom. I’ve also learned how to be satisfied when the flower does not bloom. Just like the word ‘Plant,’ I think my flower road will one day unfold. I think ‘Plant’ will become the start and the extension.”