TVXQ’s Changmin Talks About Yunho And Fans’ Support For His Solo Debut, Working With Chungha, And More

TVXQ’s Changmin is set to release his first solo mini album “Chocolate” on April 6, and he opened up about his goals for his solo debut, support he received from fellow member Yunho and fans, working with Chungha, and more.

When asked how he felt about making his solo debut, Changmin said, “Most of all, I want to express my gratitude to fans who have waited for my first solo album. To be honest, anyone who likes to sing and dreams of becoming a singer will want to release a solo album one day that is filled with and reflects your own unique color, and the same goes for me as well. I’m so happy to be able to release my own work.”

Changmin has been active as a member of TVXQ for almost 17 years, and on why he finally made the decision to release a solo album, he said, “In the past, I think I would have stressed out from thoughts like, ‘What can I do to make it good?’ and ‘What can I do to look cool?’ But now, I feel more at ease, although feeling a little bit of pressure is unavoidable, and I felt like I would now be able to enjoy the process of working on an album.”

He went on to say, “I feel like these 17 years are what have allowed me to step away from the pressure of ‘I need to do this kind of music’ or ‘I need to show this kind of performance’ and figure out who I am. I’ve been waiting to reach a point where I can comfortably show what I feel and want to do on stage, and somehow that ended up taking 17 years, which isn’t a short amount of time. I want to thank all the fans who have waited this long.” 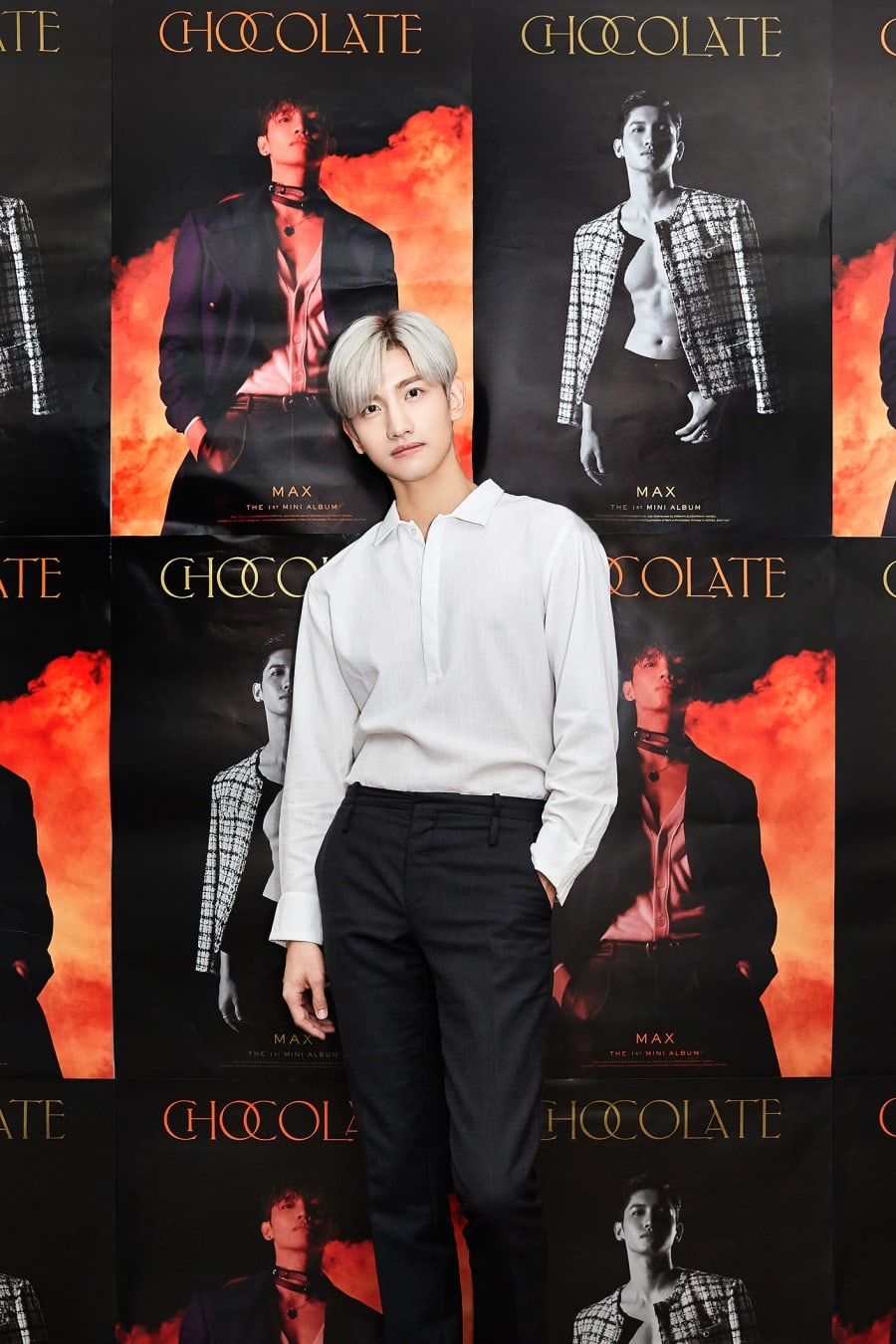 The person who has been with Changmin since the beginning is Yunho, who was the first of the pair to make his solo debut in June 2019. When asked if Yunho shared any advice and what his reaction was, Changmin laughed and said, “As you know, we’re not the type to send each other advice or encouragement by text. We exchange glances in silence, and we understand what we’re trying to tell each other.” He added, “Yunho visited the set of my music video, and he bought enough ice cream cake to feed the entire staff. I’m sure he meant it as, ‘Please make sure Changmin’s music video is really cool,’ but he didn’t really say much, just stood at a distance and watched over me before heading out, and I was so grateful to him for that. After hearing ‘Chocolate,’ he said I had wisely picked music that I was able to make my own.”

Changmin explained that title track “Chocolate,” which bears the same name as the mini album, is a dance pop track that will showcase his vocal range and feature an addictive chorus. There is also another track, “Lie,” that has caught people’s attention as it will feature Chungha. He said, “I’ve always thought of Chungha as someone who is a great vocalist and performer, and I’m grateful that she’ll be featuring on my album. Both I and the staff agreed that ‘Lie’ would sound great with Chungha after hearing the song. Although we were unfortunately not able to meet during the recording process, I’m grateful that she brought all of her charms to the song.”

The upcoming mini album is extra special to Changmin as he participated in the lyric-writing process. When asked where he usually gets his inspiration from, Changmin said, “Usually when I write songs, I will hear a word in the demo and get inspiration from that to tell a story. That was the case for ‘Chocolate’ as well. For me, the word chocolate feels like a word full of desire. It’s not always necessary in a dessert, but if it’s there, you find yourself getting addicted and eating it. I wanted to compare chocolate to the desire of wanting to meet someone you’re attracted to.”

He went on to add, “I also heard an artist saying how they write lyrics with life advice they want to give their son, so I often wrote lyrics with the hopes of conveying a message to my fans that will give them strength.” 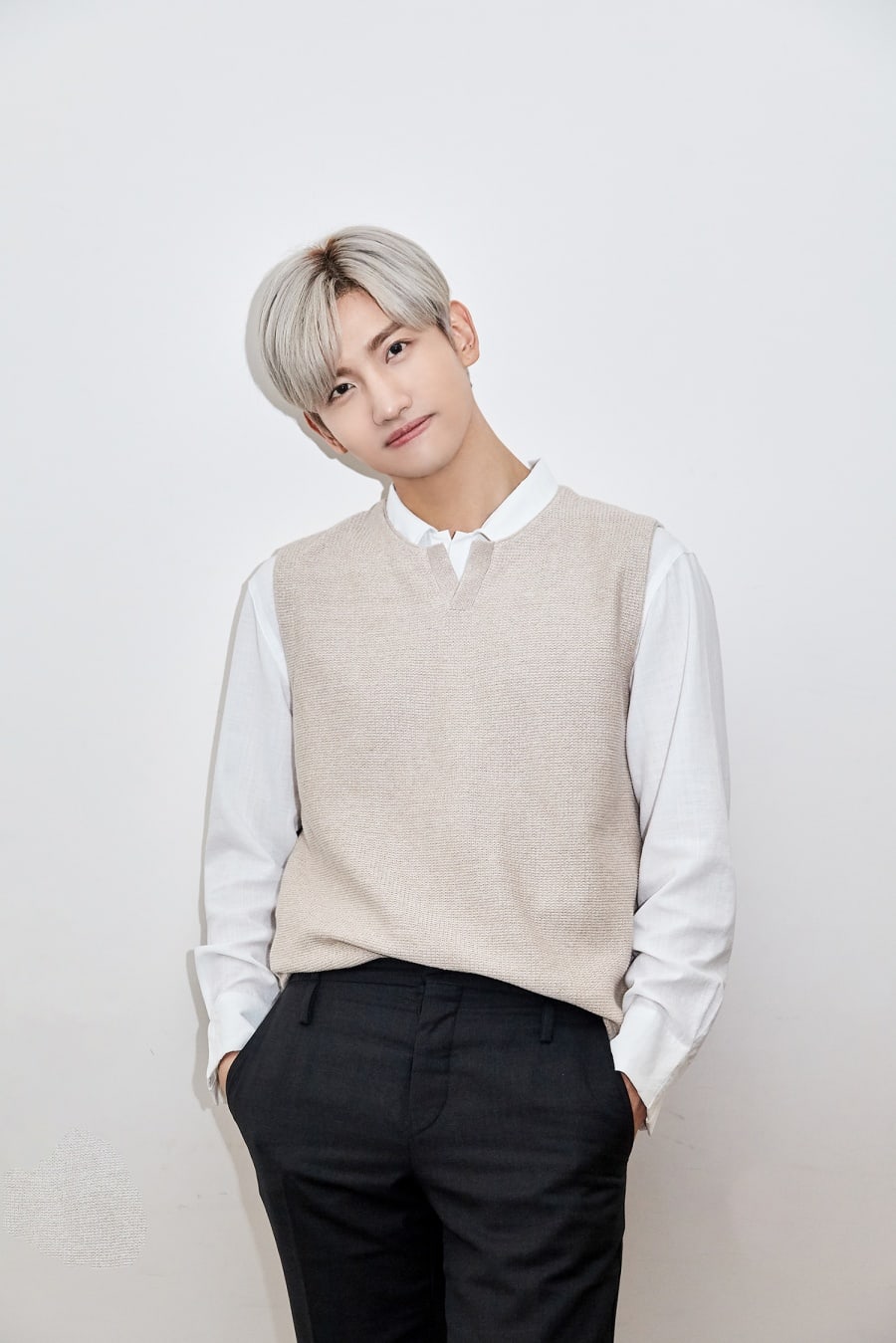 Changmin spoke about his goals for his solo debut and said, “If I could, I would meet up with fans and spend time together in the same space. But as that is not possible right now, I put a lot of effort into preparing content and promotional activities that I felt fans would like.” He stated, “I hope this album, which is full of who I am right now as 34-year-old [by Korean age reckoning] Changmin, will be a medium that helps raise fans’ anticipation for my future activities and music. It’s an album I created for those who cheer me on, so I hope it will be thought of and enjoyed as an album I dedicate to Cassiopeia [TVXQ’s official fan club name].”

Finally, Changmin shared a message of gratitude to fans who have waited for his solo album. He said, “I want to thank everyone who has supported our group activities as TVXQ, and I believe I was able to gather up the courage to release this mini album because there are fans who have also been excitedly waiting for my solo work. 17 years is not a short amount of time, so I am sincerely grateful to everyone for waiting and cheering me on, and I will work even harder to repay all the love I have received.”

TVXQ
Chungha
Changmin
Yunho
How does this article make you feel?