On April 6, TVXQ’s Changmin held a V Live broadcast to commemorate the release of his Korean solo debut album “Chocolate.”

Changmin said, “Hello, everyone. I’m excited and nervous to be holding my first V Live in a long time. Is there something that this location reminds you of? This is an attic room. I picked this place because it’s related to my first solo mini album. The mini album is titled ‘Chocolate.’ When you think of ‘Chocolate,’ you think of the movie ‘Charlie and the Chocolate Factory.’ In that movie, the protagonist’s family all live together in a small attic room. I chose this room because I wanted to have a comfortable but meaningful chat with everyone.” 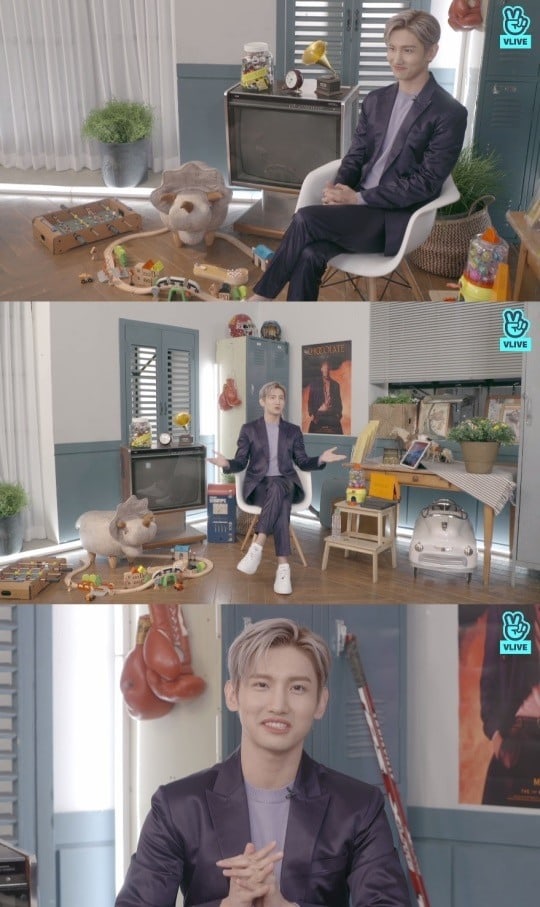 He continued, “We worked on the album for two months to two months and a half, and I got a new baby in the meantime. I adopted a lovable second dog and she is living with me now. With my first dog, I wasn’t able to live with her right away, but I’ve been with the second dog since the beginning and I thought, ‘This is real love.’ I am enjoying life with my dogs.”

At one point, Super Junior’s Choi Siwon shocked Changmin by making a surprise appearance on the broadcast. Changmin said, “This guy has shown up like a miracle. A hyung from our agency. But why are you showing up here?”

Choi Siwon said, “I am the first Cassiopeia to receive a signed album. Of all the artists, I really wanted to visit Changmin.”

Changmin said, “We talked privately on the phone in the morning, but I thought that he was going home after filming his drama and meeting with fans. This is so moving.” 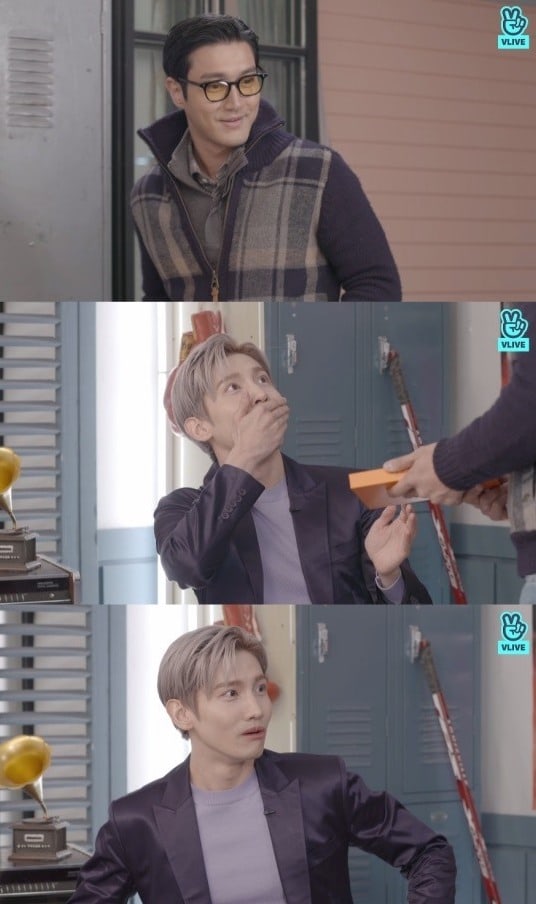 After signing the album, Changmin added, “I changed my signature. A lot of people told me that my signature wasn’t cool, so I decided to change it to simply my name. I’ve been promoting for 17 years, but there are still a lot of people who think that my real name is Choi Changmin. I keep getting included in the ‘three Chois’: Choi Siwon, Choi Minho [of SHINee], and Choigang Changmin.” Changmin’s real name is Shim Changmin; the “Choi” here refers to his stage name Choigang (MAX in English).