On April 8, Good Data Corporation shared its rankings of non-drama TV shows and cast members that generated the most buzz from March 30 to April 5.

In first place for the second week in a row as the most buzzworthy non-drama TV show was Channel A’s “Heart Signal 3”! Cast members Park Ji Hyun, Cheon In Woo, Seo Min Jae, and Im Han Gyeol also swept the rankings for non-drama cast members, taking the No. 2, No. 3, No. 5, and No. 9 spots respectively.

“Heart Signal 3” is a romance variety show that follows the stories of eight strangers as they live together in the same house for a month. All of their experiences are observed by a group of panelists. This group is made up of Yoon Shi Yoon, Block B’s P.O, and Han Hye Jin, who join panelists from the previous seasons including Lee Sang Min, lyricist Kim Ea Na, and psychiatrist Yang Jae Woong.

In the third episode which is set to air at 9:50 p.m. KST on April 8, viewers will find out contestant Jung Eui Dong’s style of love! The episode will feature his quest to display his kindness through good deeds such as cleaning the Signal House and preparing dinner for the other contestants.

Following behind “Heart Signal 3,” season three of tvN’s game show “The Great Escape” took second place, while MBC’s “Radio Star” rose to the No. 3 spot in the buzzworthy non-drama TV show rankings. Im Young Woong, winner of the popular show “Mister Trot,” took the No. 1 spot in the non-drama cast members ranking for his appearance on “Radio Star.” Additionally, he also ranked No. 4 on the same list for his appearance on TV Chosun’s “Love Call Center” (literal title).

The top 10 non-drama TV shows that generated the most buzz of the week are as follows: 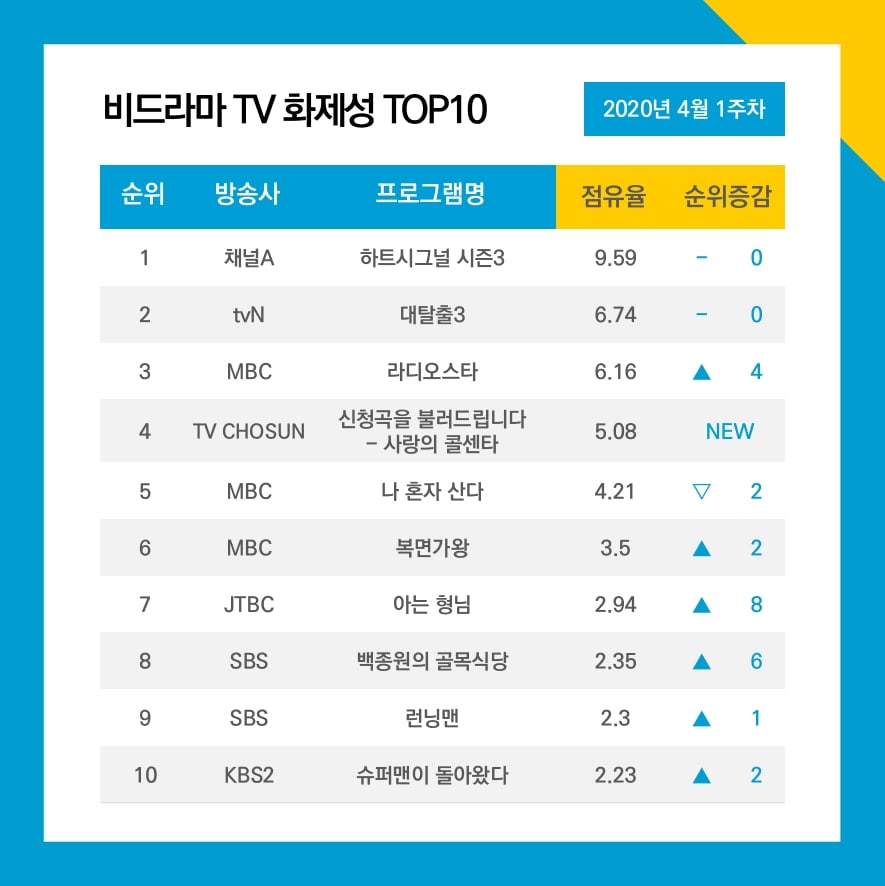 The top 10 buzzworthy non-drama cast members are as follows: 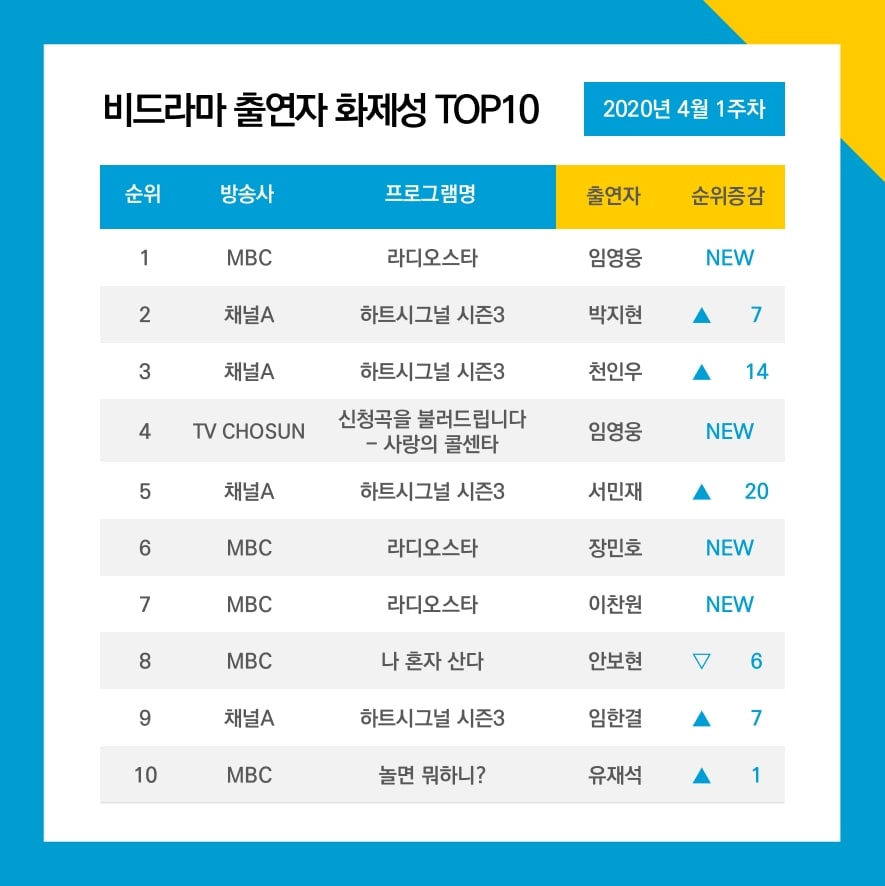