On April 8, Kang Seung Yoon held a V Live broadcast to share his thoughts on the group’s upcoming album as well as an update on Kim Jin Woo.

Showing off a new look, Kang Seung Yoon revealed, “I actually dyed my hair today. As you can see, my hair is black. It took a really long time, so I dyed my hair black for the first time in awhile. There isn’t really a special reason behind it. I think you’ll come up with many speculations, but I’m telling you beforehand with a bit of an apologetic mind. There is no special reason for it. I dyed my hair blue for the ‘Remember’ comeback. I wanted to celebrate the last album of WINNER’s first chapter with blue, which is WINNER’s color.”

He continued, “But the blue dye fades and lightens really quickly and became almost gray. My hair was really damaged, so it was impossible to bring it back to life. I thought that something had to be done. After bleaching my hair for the first time in 2017, I’ve never promoted with my own hair. I’ve continuously bleached and dyed my hair. I think that I need to take a break from bleaching and dyeing my hair for a bit unless there’s a special reason. I want to tell my hair that it worked hard.”

Kang Seung Yoon said, “I got a call from Jin Woo before starting this live broadcast. He’s working hard training with his comrades in the training center and he called me. It seems like they give you exactly five minutes for phone calls. We hung up after talking on the phone for five minutes, and he said that he’s adapted and doing well. He said that all of his comrades are really kind and he’s doing well, so you guys don’t have to worry. Jin Woo is doing well.”

“I’m sure that the environment is different from being out in society, but it’s definitely something he has to overcome, so he’ll continue to adapt and get used to it,” he said. “Humans are adaptive animals. I also have to enlist so I can’t jump to conclusions, but it means that he’s doing well and will do better as he adapts. He’s also eating well. He also asked during the conversation, ‘Are the album promotions going well?'”

Kang Seung Yoon then shared his excitement for the group’s new release. He gave fans 16-second spoilers consisting of four-second previews of each member’s part. “It’s a valuable album made by the WINNER members,” he said. “The title track was made by Mino. In addition, Jin Woo’s solo track stands out and Seung Hoon‘s solo track is also included. There are also four special tracks and we rereleased four of the most loved songs from our first album as four-membered versions. Please give it lots of love and support.”

He added, “Since it’s an album with various tracks, you can listen to it according to your preference or all of the tracks. Personally, it’s the most meaningful and valuable album. I previously said this on social media, but it’s an album I can’t say that’s perfect but is the most complete. It’s that special, so I hope you’ll listen to it a lot.”

Sharing a story from recording “Remember,” Kang Seung Yoon said, “It’s a song that Mino spent a lot of time on. During the recording, Jin Woo did a really good job of expressing his emotions that exceeded Mino’s expectations. When Jin Woo came out of the recording booth, Mino teared up and just embraced him. He was so happy and hugged Jin Woo tightly.”

About Kim Jin Woo’s solo track “Dduk,” he explained, “I started drinking often with Jin Woo starting last year. I always wanted to gift him a solo track, but couldn’t help him a lot since I was so busy writing WINNER’s songs. I helped him with the chorus when ‘Call Anytime’ was released, but felt sorry. I felt really sorry that I couldn’t properly help him with a solo track when we promoted together for seven years. He said that he wanted to sing a song like [G-Dragon’s] ‘Untitled’ if he was to sing a solo song. While drinking and talking, we talked about expressing his feelings in a song in his favorite style and that’s the second track ‘Dduk.’ It’s a very special track for me as well.” 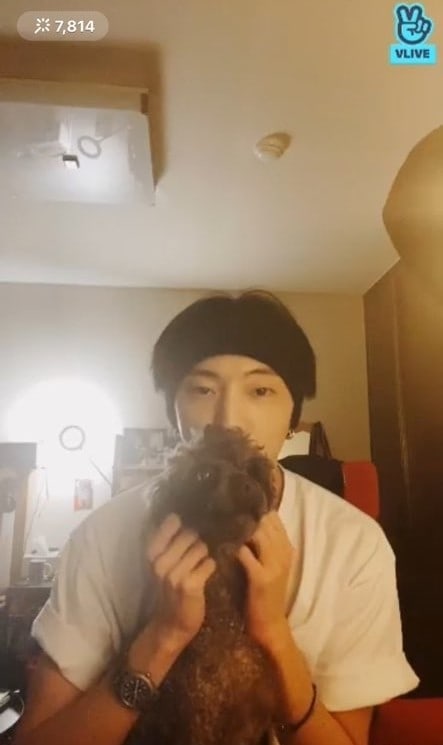 He described “Just Dance” as a fun track with a message and “My Bad” as a sexy, mid-tempo track that he’s had in his archives for a while. As for “Teaser,” Kang Seung Yoon pointed out the rappers’ parts as personal favorites and a song that was created after the second album was finished.

The WINNER leader said that “Well” was inspired by his statement to fans at live broadcasts: “Eat well, sleep well, rest well.” Written and composed by Lee Seung Hoon, “Serenade” is the rapper’s solo track that perfectly captures the excitement from concerts.

Kang Seung Yoon stated, “Our third studio album ‘Remember’ will be released on April 9 at 6 p.m. It’s a really meaningful album and an album with songs that are especially valuable to each of us. And it’s an album that is the blank that we need to fill after we return from hiatus. This album might sound like there’s something missing or lacking when you listen to it, but it’s an album that we’ll be able to fill in those lacking parts when we return again. It’s a very meaningful album and I think it’ll be that kind of album for our fans, Inner Circles, as well. I hope you’ll love it a lot. I hope this album will comfort many people.”

He concluded, “I want to reiterate that I’m doing this broadcast because I was a bit nervous before the album release and thought that the fans were also nervous, so I chose to hold this broadcast on my own without any discussion with the members or the agency. I’m honestly worried about the aftermath, but what are you going to do when I’m the leader? Are the members, Team Winner, watching right now? I’m the leader. Please be with us in good health.”

WINNER’s third studio album “Remember” and title track of the same name will be released on April 9 at 6 p.m. KST.