Gaon Chart has revealed its chart rankings for the week of March 29 to April 4!

EXO’s Suho, who made his official solo debut on March 30 with his first mini album “Self-Portrait,” earned a double crown after topping two separate charts this week. Not only did “Self-Portrait” debut at No. 1 on this week’s physical album chart, but its accompanying title track “Let’s Love” also entered the digital download chart at No. 1.

Congratulations to Suho on his impressive achievement!

Suho’s “Self-Portrait” took No. 1 on this week’s physical album chart, while NCT 127’s “Neo Zone” stayed strong, holding onto No. 2 for another week. Kang Daniel’s “CYAN” came in at No. 3, while TOO’s debut mini album “REASON FOR BEING” entered the chart at No. 4. Finally, IZ*ONE’s 2018 debut mini album “COLOR*IZ” shot back up the chart to No. 5. 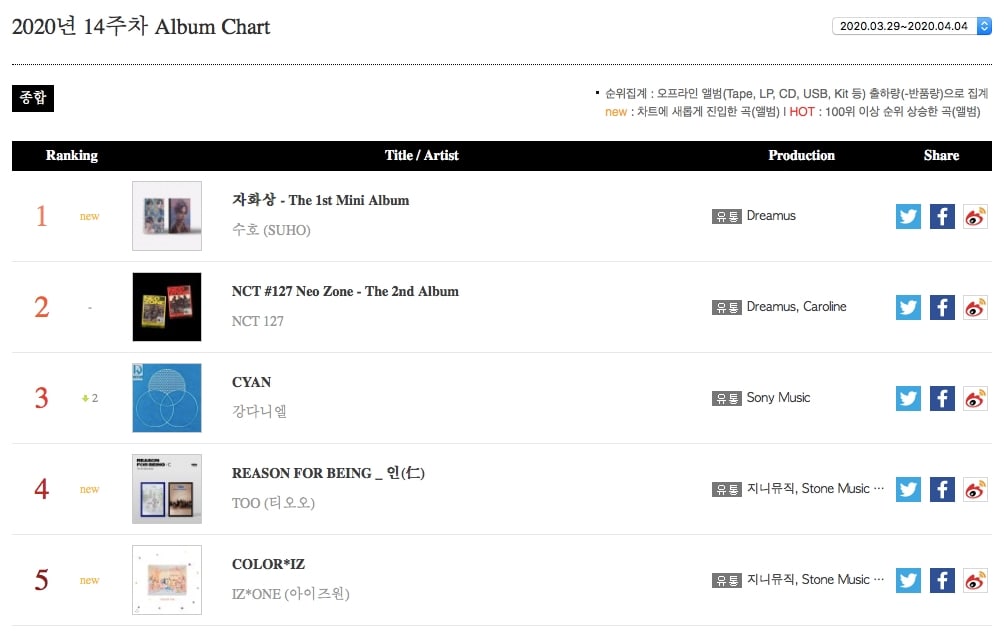 Suho’s “Let’s Love” debuted at No. 1 on the digital download chart this week, while Im Young Woong’s “Trust in Me” (from TV Chosun’s hit audition program “Mister Trot”) entered the chart at No. 2. 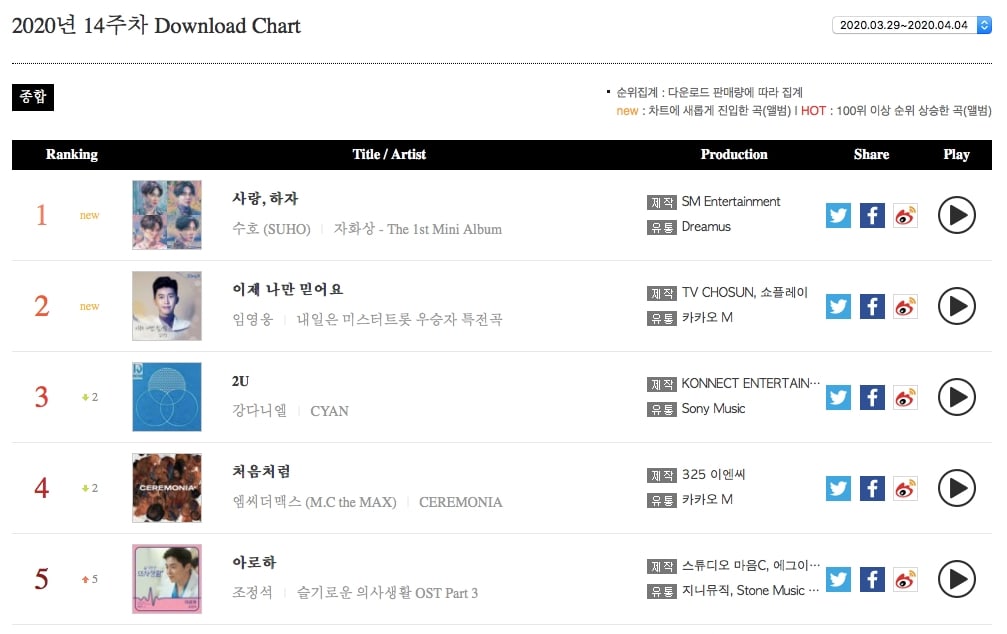 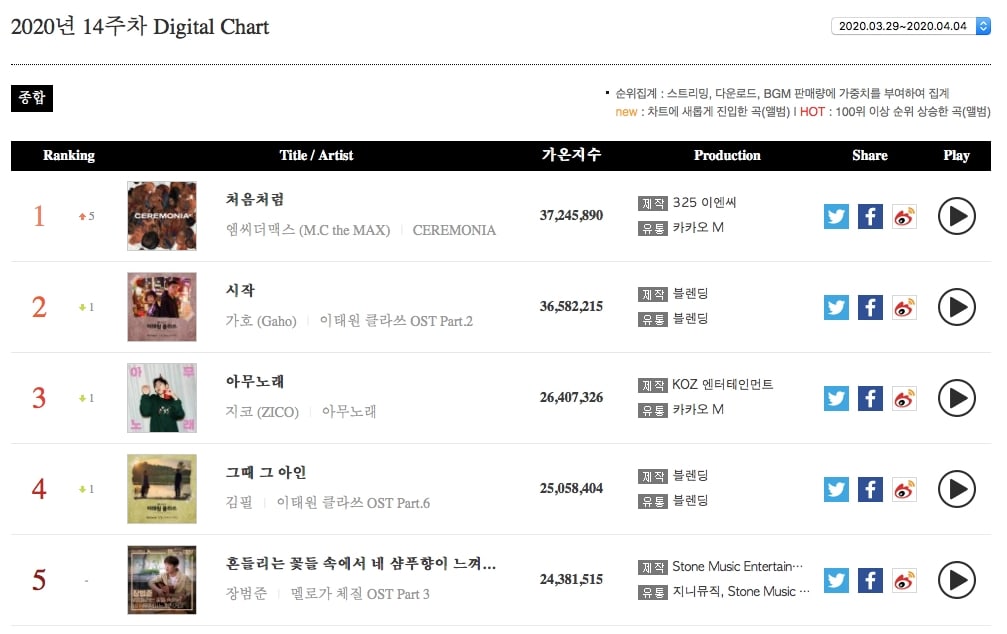 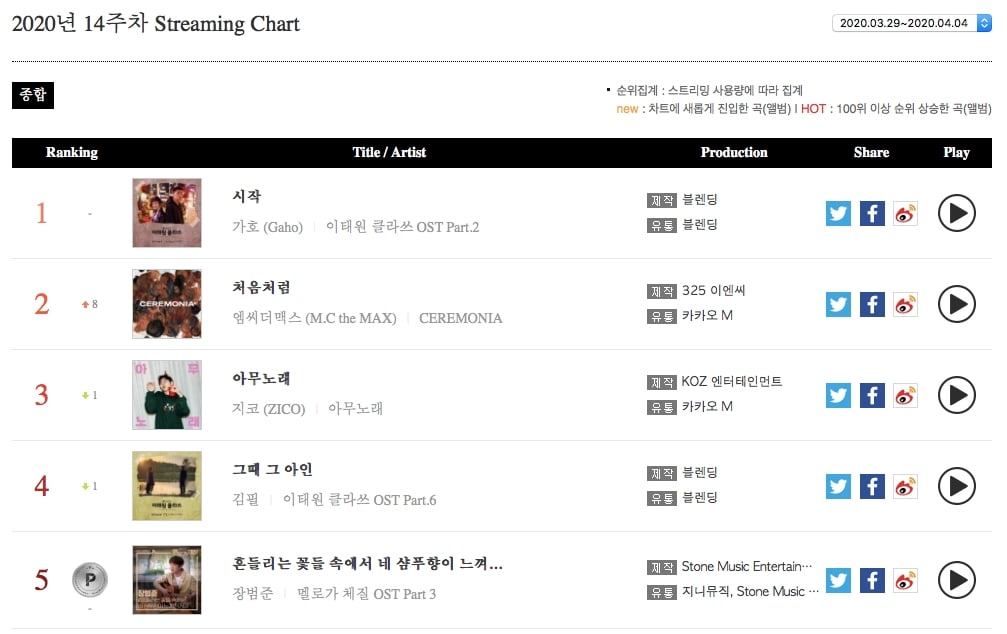 BTS continued their reign over Gaon’s “Social Chart 2.0” this week, while BLACKPINK similarly held onto their spot at No. 2. Kang Daniel rose to No. 3 on this week’s chart, with PSY and Im Young Woong rounding out the top five at No. 4 and No. 5 respectively. 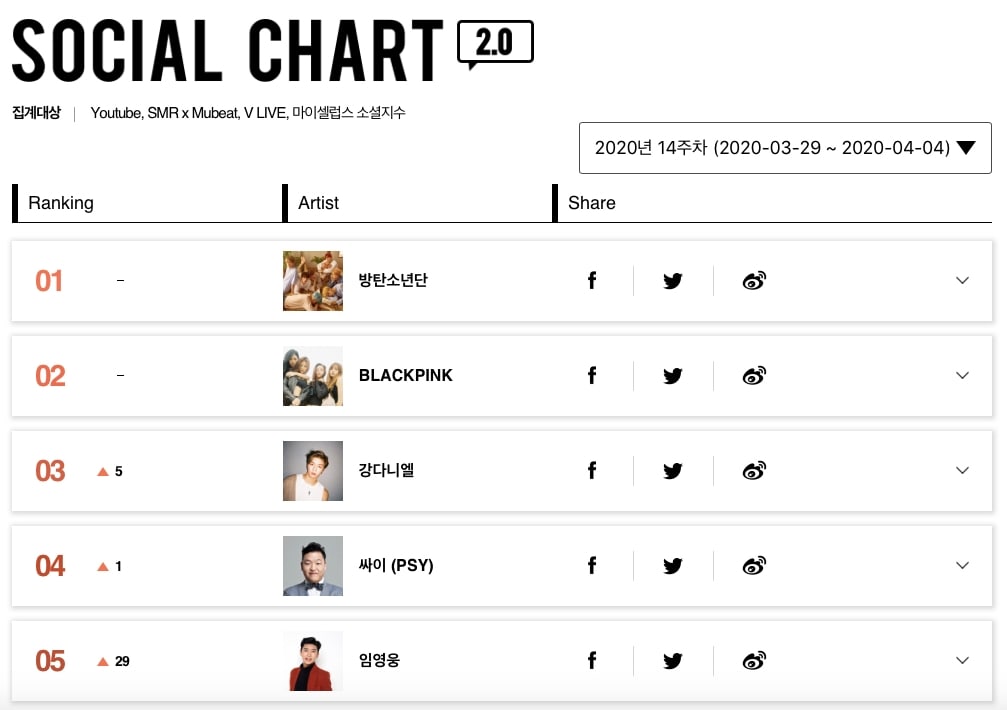