“Fix You” is a new drama about psychiatrists who believe in “healing,” rather than “curing,” their patients. Shin Ha Kyun will star as Lee Shi Joon, a psychiatrist who is willing to go and above beyond to treat his patients, while Jung So Min will star as his patient Han Woo Joo.

The newly released poster introduces viewers to the character of Han Woo Joo, whom the caption describes as a “free spirit who has been wounded by a crazy world” and a “musical actress who is as passionate as fire.”

In the poster, the lovable Han Woo Joo smiles brightly at the camera, with her flowery blouse and sunny expression hinting at the heartwarming spring vibes of the upcoming drama. The character is also surrounded by tiny drawings of nature, which suggest the use of art therapy in her psychological treatment.

Finally, the drama’s poster reminds viewers to reflect on their own mental health in its tagline, which asks, “Were you at peace today?” 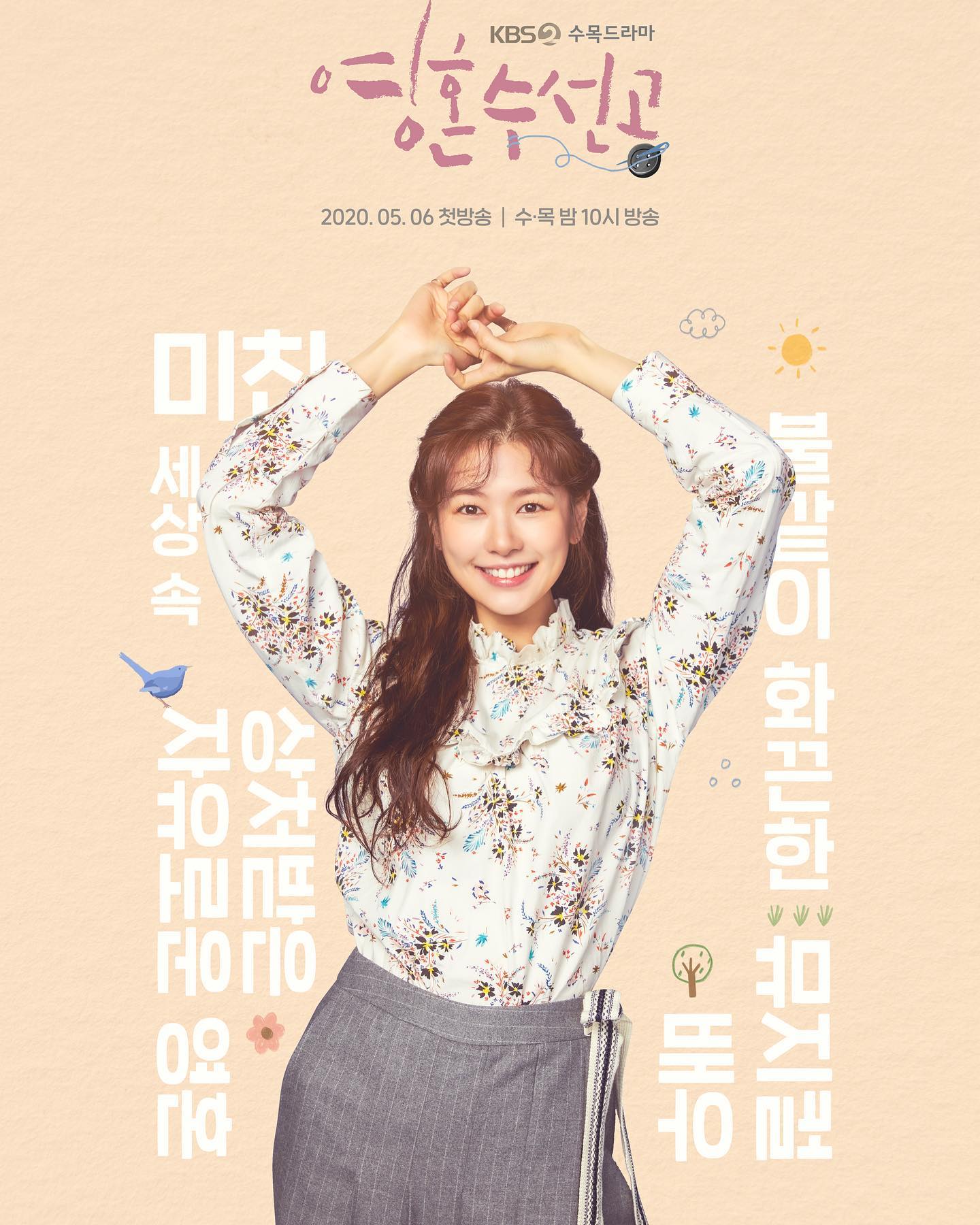 The producers of “Fix You” remarked, “As we plan to give viewers comfort and healing starting this May, we also filled the poster with warm spring vibes. We ask that you show a lot of anticipation for the laughter and moving emotions that the free-spirited Han Woo Joo will deliver [through the drama].”

“Fix You” will premiere on May 6 at 10 p.m. KST. In the meantime, check out the latest teaser for the drama here!