Yoon Doojoon enlisted in August 2018 as a military policeman on active duty in the 12th Infantry Division. Following new military protocol in relation to the COVID-19 pandemic, he was discharged straight from his last vacation without returning to his base. 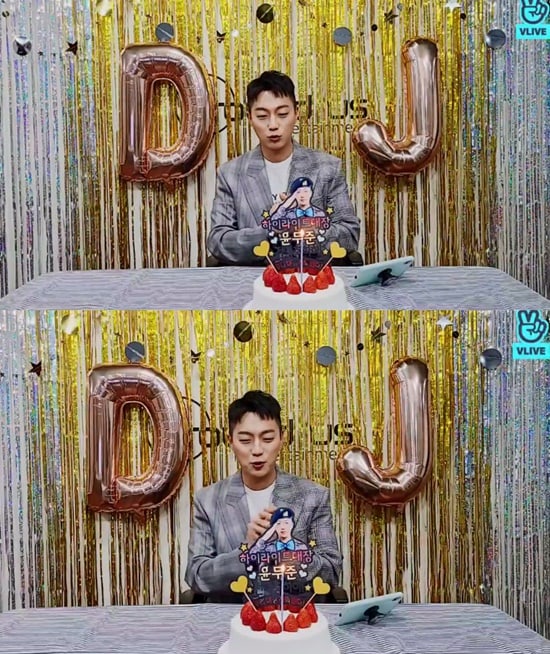 Yoon Doojoon began the broadcast by saying, “As of today, I am still in the position of a soldier. I requested permission from the military in order to do this live broadcast. I’m curious to know if everyone has stayed healthy. Right now, I am deeply moved, and my feelings are like nothing I’ve experienced before. I can’t tell if this is real life or a dream.”

He then thanked his fans for their messages of congratulations and support. “I received a lot of fan letters while in the army,” he said. “I kept every single one of them. I will upload proof of this later, so please look forward to it.”

He added, “Every time I posted on Instagram and it became a hot topic, I felt apologetic toward my superiors. They have to file a report every time something related to the military becomes a hot topic, so I tried to restrain myself on social media. I’m sure many people were disappointed about that, so I wanted to address this now.” He promised to be more active on social media now that he had returned to civilian life.

At one point during the broadcast, fans asked him to choose between becoming a trainee again and going to the military again. Yoon Doojoon complained jokingly, “You guys are too much.” After some thought, he said, “It’s the difference between a promise being made and a promise not being made. The time spent in the military is shorter, but trainees also have no guarantee. Of course, I did have more energy when I was a trainee.” 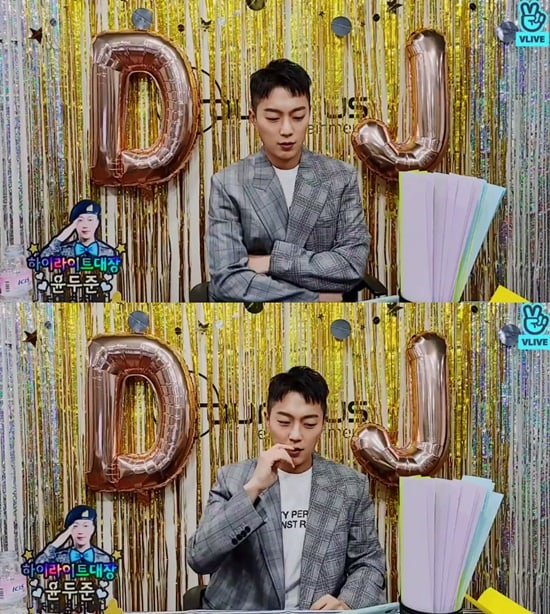 Highlight’s Yang Yoseob, Son Dongwoon, and Lee Gikwang are still in the middle of their military service. As the leader of the group, Yoon Doojoon sent them a heartfelt message.

“I think they will be watching this from their units,” he said. “If you guys are watching, stay strong. My heart hurts when I think of how hard they must be working. I couldn’t help imagining that they would be jealous of seeing me discharged. To my members, you must envy me now that I’m out, but you just need to hold on a little bit longer. If you do your best in fulfilling your duty, the time passes quickly.”

When he received the message that Son Dongwoon was watching his broadcast, Yoon Doojoon joked, “Everything seems fun to you right now.” He added more seriously, “Our maknae is working hard at his military service. I am so proud to see him doing the duty he’s been given. I hope that he can stay healthy and well until the end in December. I miss you. When the COVID-19 situation issues, I will go visit you.”

Son Dongwoon
Yoon Doojoon
Highlight
How does this article make you feel?