Jung Ryeo Won, Gong Hyo Jin, And Son Dambi Talk About Which One Of Them They Think Will Get Married First

On the latest episode of “Home Alone” (“I Live Alone”), Son Dambi and her friends continued their fun party at her home!

Last week’s episode of the show featured Son Dambi, Gong Hyo Jin, and Jung Ryeo Won holding a surprise birthday party for their friend Im Soo Mi, who is an interior designer. On the April 10 episode, they kept up their party and had a meal together. 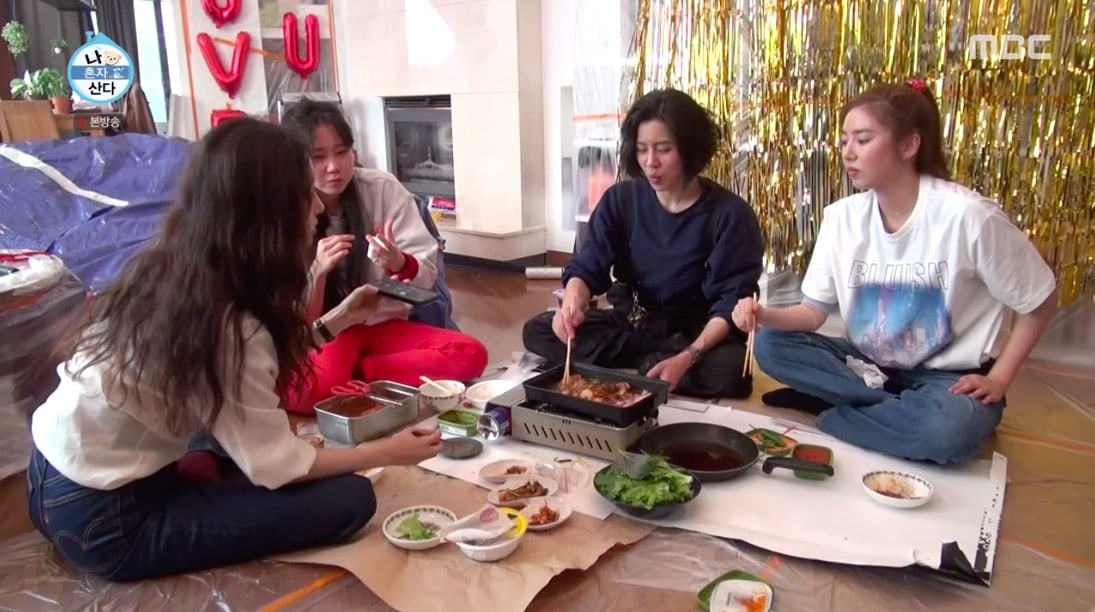 As they were grilling meat, Gong Hyo Jin said to Son Dambi, “Do you not have any scissors or tongs?” Son Dambi replied, “I don’t cook so I don’t have anything like that.”

The four of them enjoyed side dishes made by Son Dambi’s mother, and they decided to give her a call to let her know how delicious they were. “We’ve gone on trips together a few times,” shared Gong Hyo Jin in an interview. “We even took our mothers once. We were on a trip together with our mothers for three days and two nights, and we were able to totally come to understand our mothers’ personalities.” 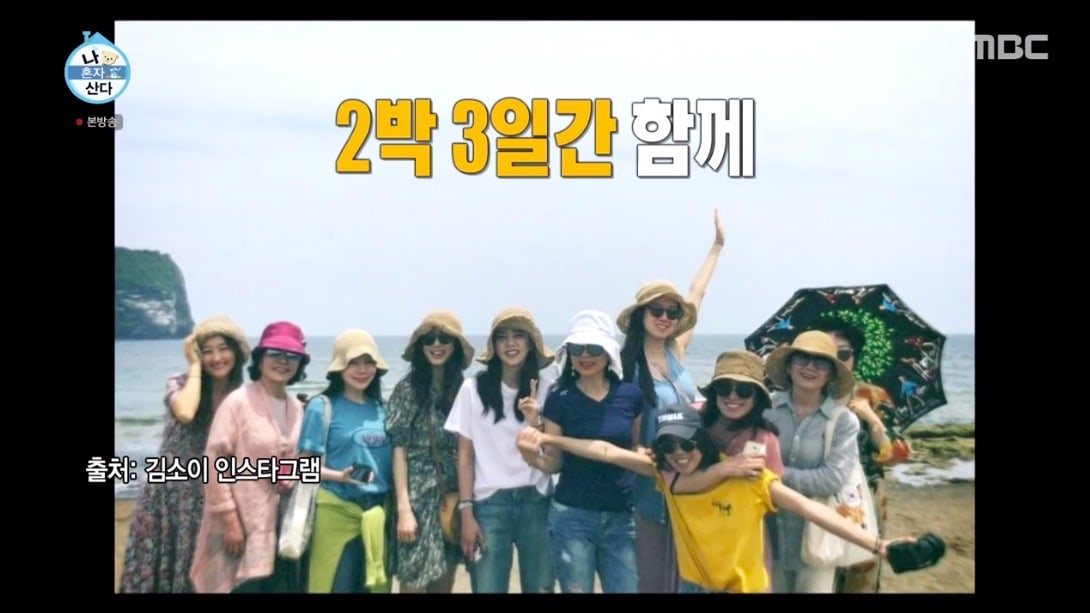 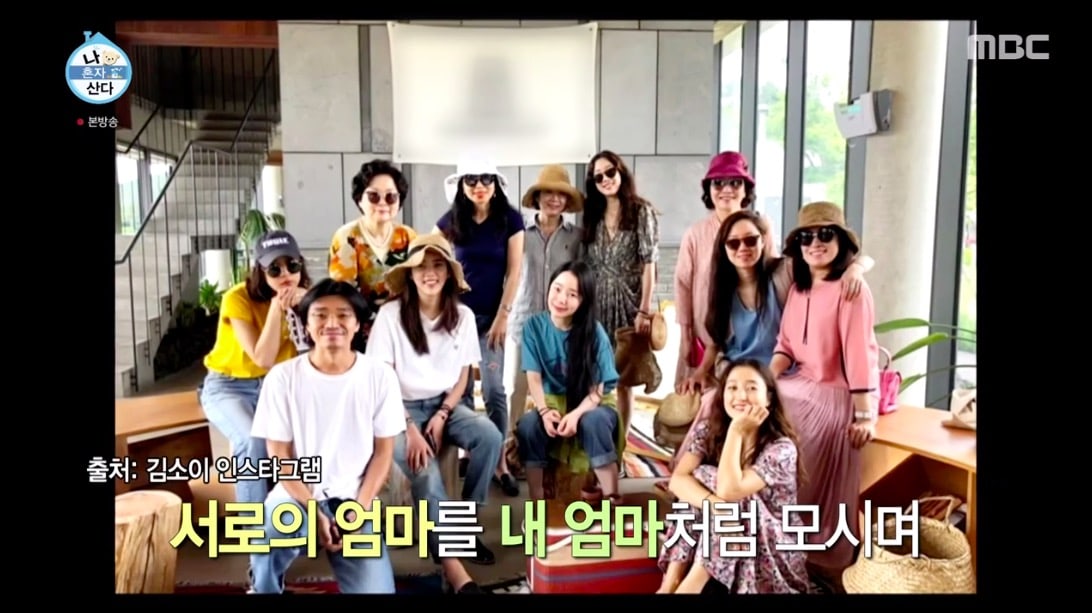 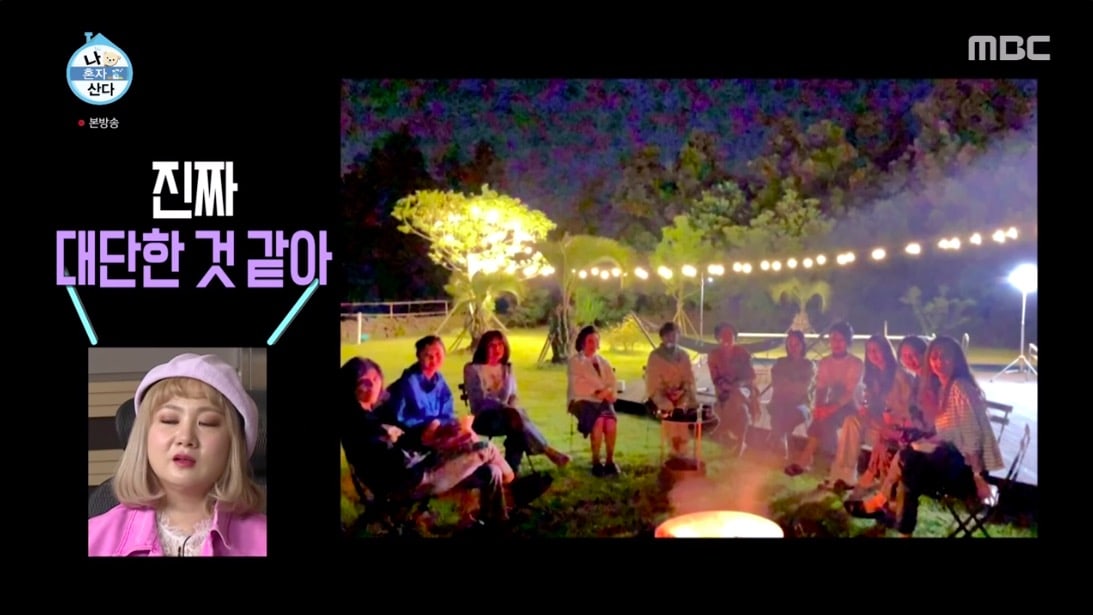 Jung Ryeo Won said, “After that, our mothers were so close they started a group chat. Sometimes we find out how our friends are doing through our mothers.”

When they called Im Soo Mi’s mother, the friends expressed their thanks for giving birth to her. Gong Hyo Jin encouraged Im Soo Mi to thank her mom, and after getting embarrassed about it, Im Soo Mi said thank you to her mother. Her mother shared that she was tearing up, and she said to them, “I love you all!”

The friends also talked about their thoughts on marriage. Son Dambi shared that Im Soo Mi had told her Son Dambi would be the first one of them to get married. Jung Ryeo Won confidently replied, “I agree. It’ll be Son Dambi,” which shocked her. 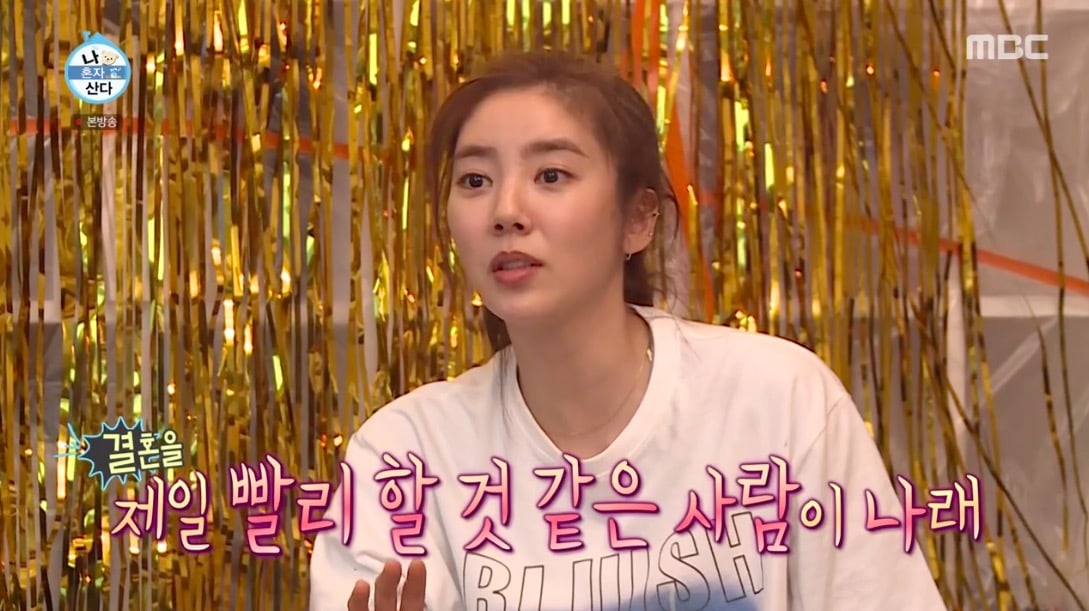 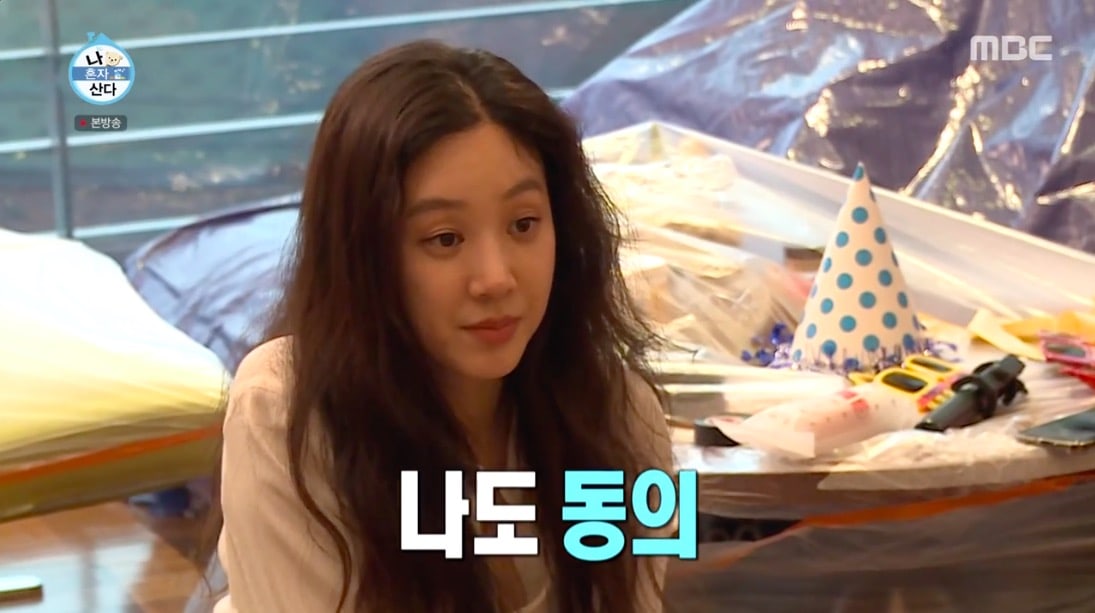 So Son Dambi asked when they thought Gong Hyo Jin will get married, and Jung Ryeo Won responded, “It’s possible Gong Hyo Jin might get married all of a sudden or she’ll do it quietly and announce it later.” Gong Hyo Jin jokingly pretended to gesture to someone outside as she said, “Honey, come here.” 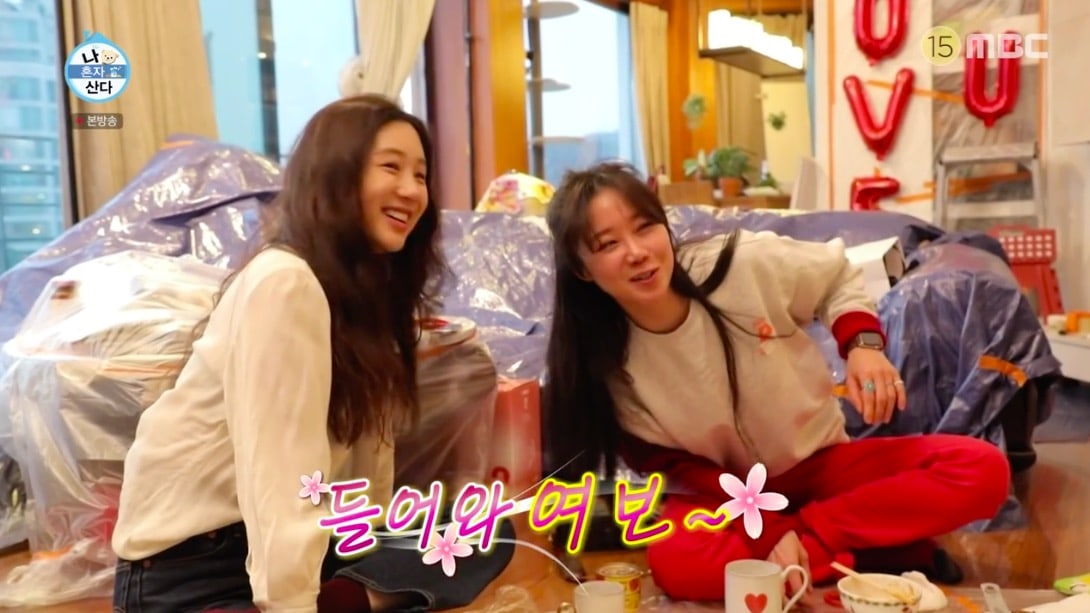 After their meal, they played games to find out the truth about each other. Jung Ryeo Won suggested that Son Dambi should put her hand on a “lie detector” device to see if she has any thoughts about getting married. Son Dambi claimed she has no thoughts about it, but the lie director went off to say she did. “I think there’s something off about this thing!” insisted Son Dambi.

Check out the show on Viki below!