The KBS 2TV drama is about an aspiring webtoon artist named Kim Sol Ah (Shin Ye Eun) who has a love-hate relationship with cats and a cat named Hong Jo (Kim Myung Soo) who can secretly turn into a human whenever he holds one of Kim Sol Ah’s belongings.

In last week’s broadcast, Hong Jo cried as his feelings for Kim Sol Ah grew. When Kim Sol Ah noticed that she felt excited to see Hong Jo, she realized her feelings for him.

The newly released stills reveal Hong Jo and Kim Sol Ah looking deeply into each other’s eyes and sharing their first kiss on the rooftop. Beneath the shining moonlight, the two nervously sit side by side on the roof. After staring into Kim Sol Ah’s eyes for a long time, Hong Jo suddenly approaches her. Kim Sol Ah closes her eyes, and the two share their first kiss. Viewers are curious to find out what lead to the romantic moment between Hong Jo and Kim Sol Ah. 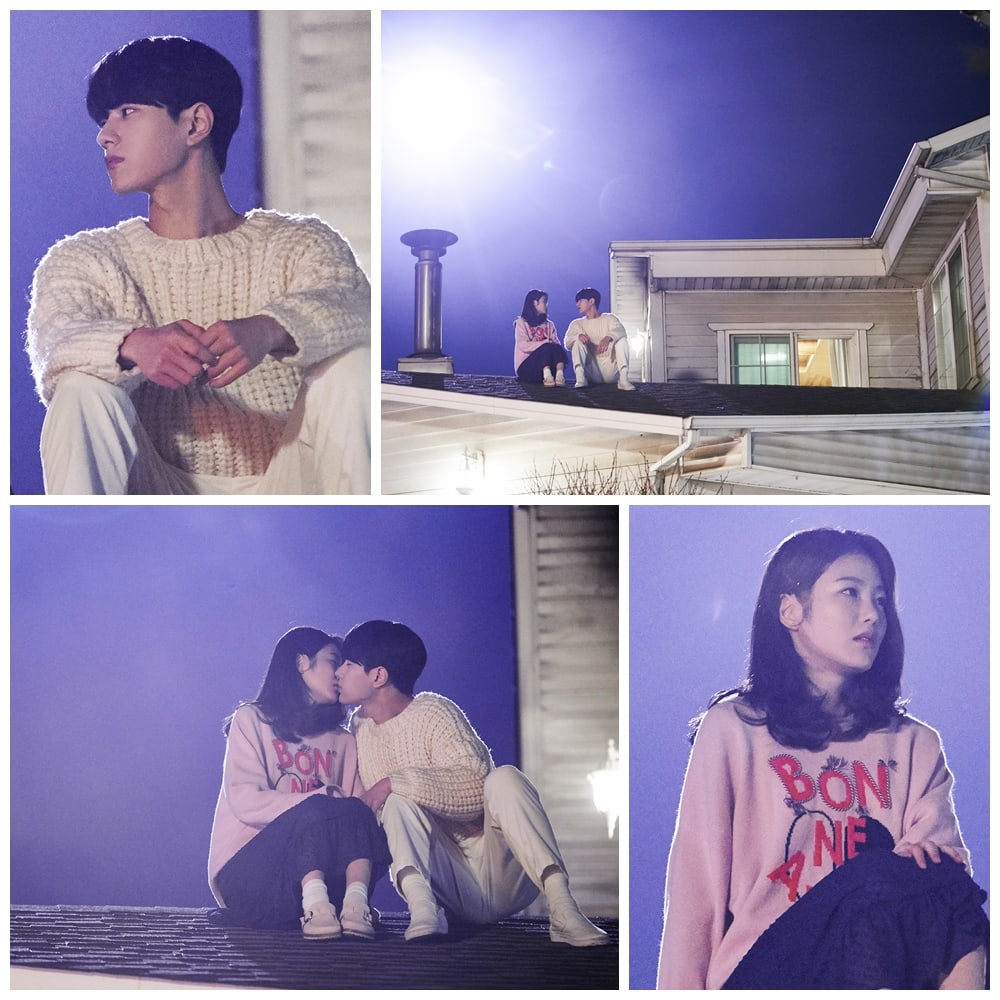 This first kiss scene portrayed in the stills was filmed on February 24 in Yongin of Gyeonggi province. Filming began after the two actors held a lengthy discussion with the director about their characters’ emotions in the script. Kim Myung Soo also held Shin Ye Eun’s hand so that she wouldn’t slip while finding her place on the rooftop, and Shin Ye Eun listened attentively to Kim Myung Soo with a smile so that he would feel comfortable while acting. The two actors’ thoughtful attitudes made the atmosphere on set even more lively.

The production team shared that Kim Myung Soo’s and Shin Ye Eun’s acting were overflowing with emotions for this scene, prompting the set to praise them for creating such a great scene. They shared, “This week, the heart-fluttering story of the innocent youths will unfold, so please look forward to it a lot.”