On April 14, Good Data Corporation released rankings of non-drama TV shows and cast members that generated the most buzz from April 6 to April 12.

The rankings are a result of the analysis of articles, blog posts, online communities, videos, and social media posts for 179 non-drama TV shows that are currently on air or scheduled for broadcast in the near future.

TV Chosun’s “Love Call Center” (literal title) came in second place as viewers tuned into the revenge match and many shared support for their favorite candidate through comments online. This led to Lee Chan Won, Im Young Woong, and Kim Ho Joong taking No. 6, 8, and 9 on the non-TV drama cast member rankings.

No. 3 went to tvN’s “The Great Escape 3” which has been airing special episodes during its three-week hiatus, while MBC’s “Home Alone” (“I Live Alone”) ranked fourth.

MBC’s “Radio Star” aired its second “Mister Trot” special where Jang Min Ho’s variety show skills were praised once again, and the show came in No. 5. JTBC’s “Soccer Adventures” gained buzz after “Mister Trot” contestants appeared on the show, and it took No. 6 on the list.

The top 10 buzzworthy non-TV drama TV shows are as follows: 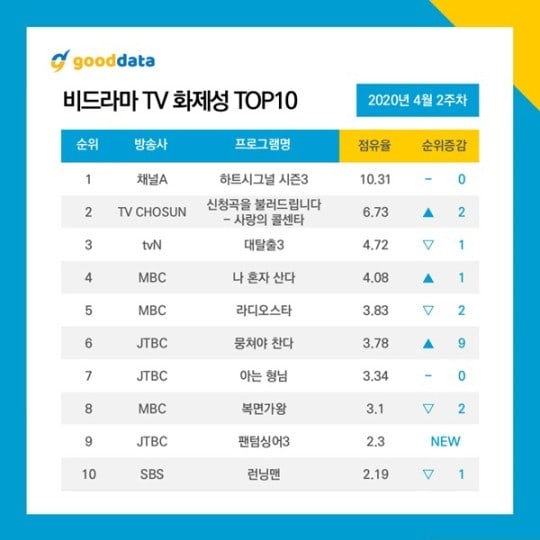 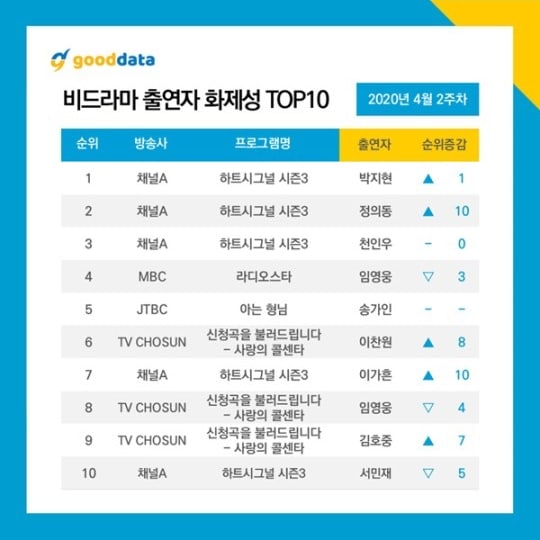