In the first segment, the members were charged with the mission of introducing themselves in 100 seconds. With nine members, they all had to get creative in their brief self-introductions. Jungmo claimed the title of “restrained sexiness,” Woobin called himself a teddy bear, and Wonjin likened himself to the ham in a sandwich, saying that if there’s no ham you would be disappointed.

Seongmin continued by introducing himself as the cute maknae, Hyeongjun said he had big eyes, Allen announced he is in charge of English, Serim introduced himself as the leader, Taeyoung claimed he has bubbly charm, and Minhee finished off by saying that his name may sound like “mini,” but he’s tall! 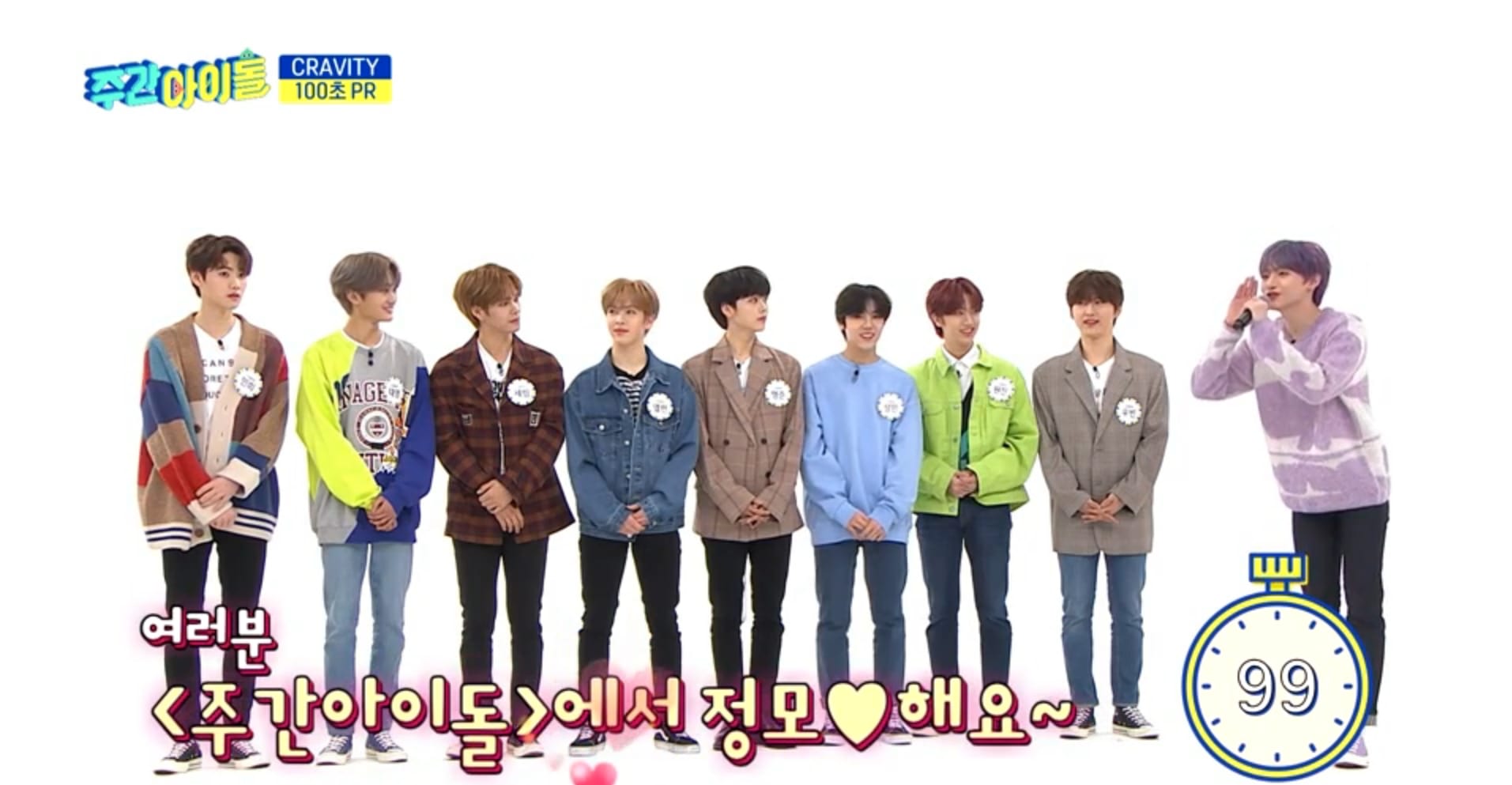 In another part of the show, the members took the time to learn more about each other. In response to the prompt, “The visual of CRAVITY is me,” Taeyoung immediately put the crown on himself, explaining that you have to have self-confidence in order to be good-looking. He also said that he thinks his eyes are the prettiest part of his face, making everyone burst into laughter. Minhee then responded that he gave up on the top spot in order to boost Taeyoung’s energy.

Wonjin named himself as the “performance master” of the group. He explained that he’s the best at expressions on stage and said, “I have great sense when it comes to performing.” Allen said, “I’m in charge of CRAVITY’s choreography for a reason. I’m confident in my freestyle dancing,” and he showed off his dancing.

Hyeongjun confidently chose himself as the member he’d recommend to be on variety shows. “The others tend to be timid,” he said. “Variety is all about confidence. I have the passion of a rookie!” When asked if he has a talent to use on variety shows, he said he’s really good at not getting dizzy and he proved it by spinning around several times without becoming dizzy.

Additionally, Serim also showed off his arm wrestling prowess, boasting that he has never lost a match. He then went up against MC Heo Kyung Hwan and won easily, earning everyone’s admiration and applause. 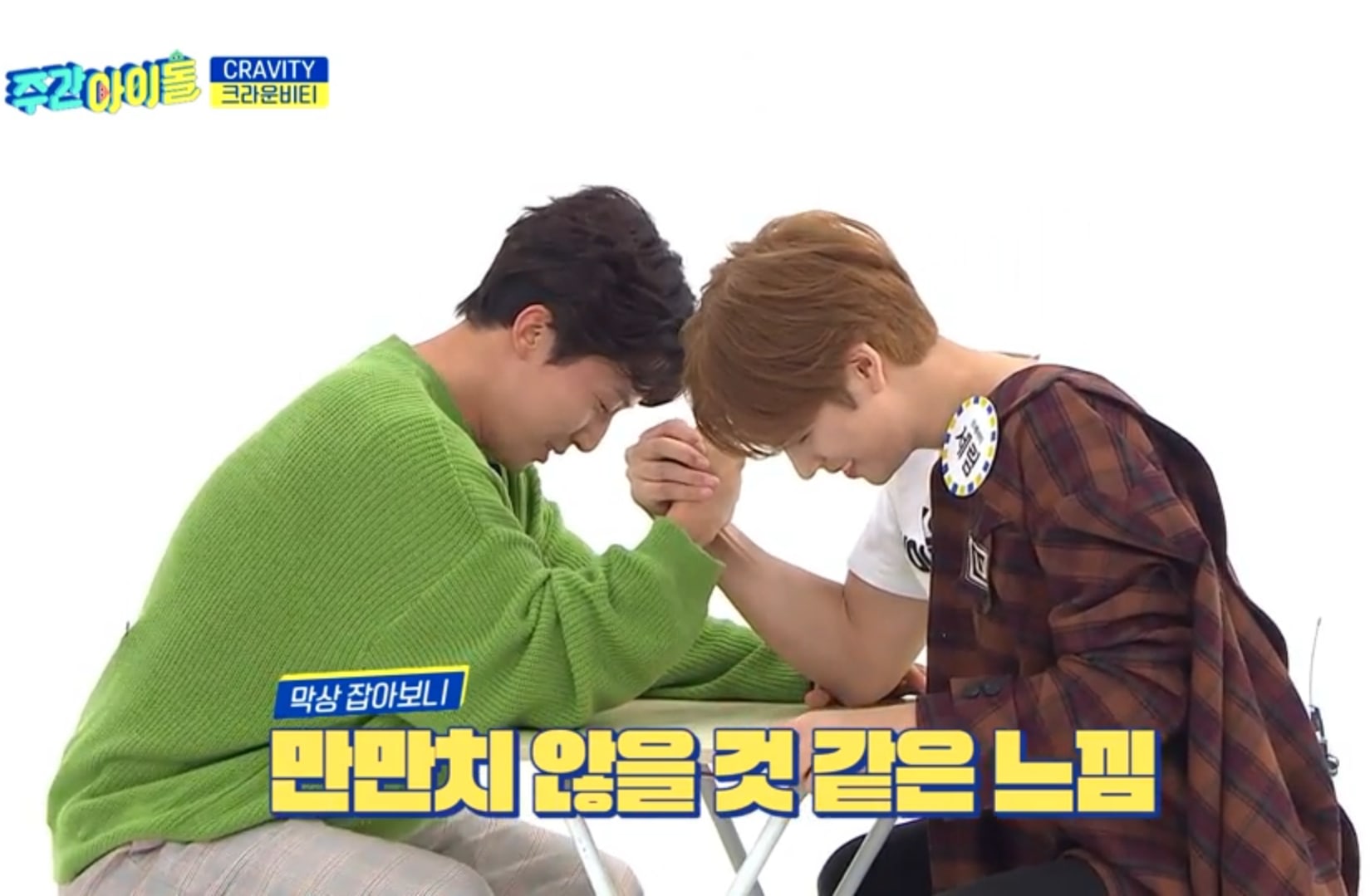 During the show, CRAVITY also performed their debut track “Break All the Rules” on television for the very first time. They introduced the track as conveying the message of breaking the rules that one has imposed on oneself.

As a special gift for fans, they even covered “DRAMARAMA,” a track from their company’s senior group MONSTA X.

You can also watch the full episode of Weekly Idol here!

Weekly Idol
CRAVITY
How does this article make you feel?