“Born Again” is a mystery melodrama about the intertwined fates of a detective, the detective’s lover, and a serial killer, who remain connected after their reincarnation. Jang Ki Yong, Jin Se Yeon, and Lee Soo Hyuk play two different characters across two different lifetimes, starting with the incident that bound them together in the 1980s and ending with their reunion in the present-day. 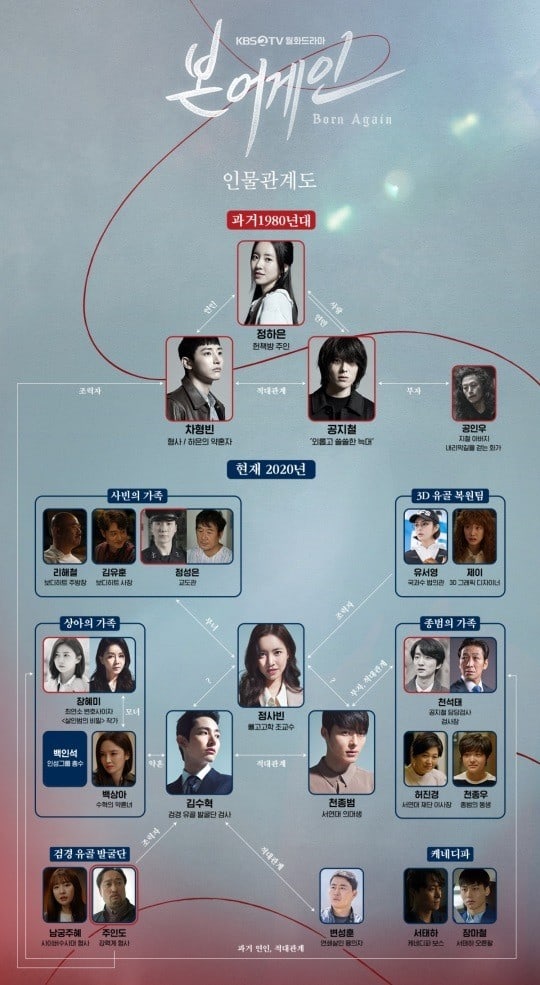 In the 1980s, Jin Se Yeon plays Jung Ha Eun, the owner of a used bookstore. She is engaged to Cha Hyung Bin (Lee Soo Hyuk), a detective, but develops sympathy for Gong Ji Chul, a “lone wolf” who falls in love with her. Gong Ji Chul and Cha Hyung Bin are enemies, while Gong Ji Chul’s father, Gong In Woo (Jung In Kyum), is described as a painter on a downward path.

In 2020, Jin Se Yeon plays Jung Sa Bin, an archaeology professor who works for the National Forensic Service. Lee Soo Hyuk plays Kim Soo Hyuk, a prosecutor who works for an investigative team in charge of excavating remains, and Jang Ki Yong plays Cheon Jong Beom, a medical student at Seo Yeon University. Lee Soo Hyuk and Jang Ki Yong’s relationship remains “enemies” in the present-day, but their relationships with Jin Se Yeon are now up in the air.

Kim Soo Hyuk is engaged to Baek Sang Ah (Lee Seo El), the daughter of Baek In Seok and Jang Hye Mi. Jang Hye Mi (Kim Jung Nan) is described as the youngest lawyer ever to get her degree and the author of a bestselling book about crime. She has a connection to the 1980s case and is the former lover of Cheon Seok Tae, the prosecutor in charge of the Gong Ji Chul case.

As part of the excavation team, Kim Soo Hyuk works with Joo In Do (Jang Won Young), a detective in the violent crimes department and, ironically, Cha Hyung Bin’s former boss. Namgoong Joo Hye (Kim Min Sun) rounds out the team as a cyber crimes detective. 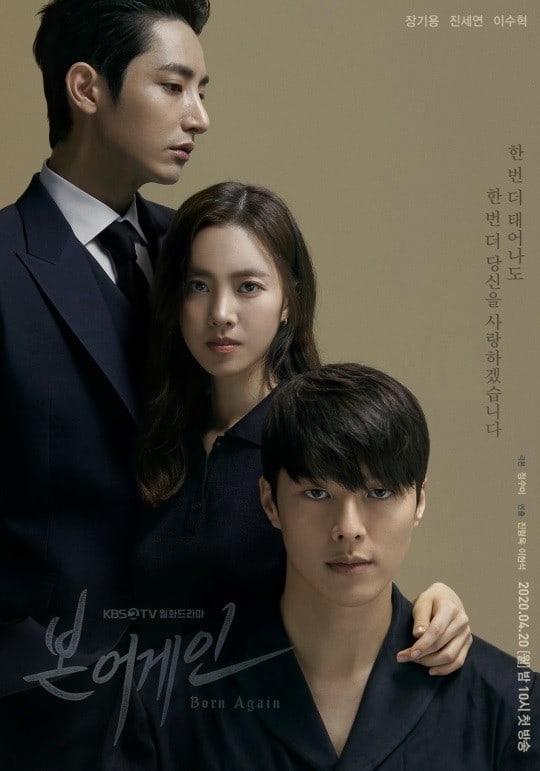 “Born Again” premieres on April 20 at 10 p.m. KST and will be available on Viki.