“The King: Eternal Monarch” Cast Shares Thoughts On Their Dual Roles, Chemistry With Each Other, And More

“The King: Eternal Monarch” held a press conference via a livestream broadcast just a day away from its premiere!

The SBS drama is a fantasy romance that tells the story of two parallel universes—one in which Korea is a constitutional monarchy, and one similar to present-day Korea. Lee Min Ho will play Emperor Lee Gon, and Kim Go Eun will take on the role of detective Jung Tae Eul. 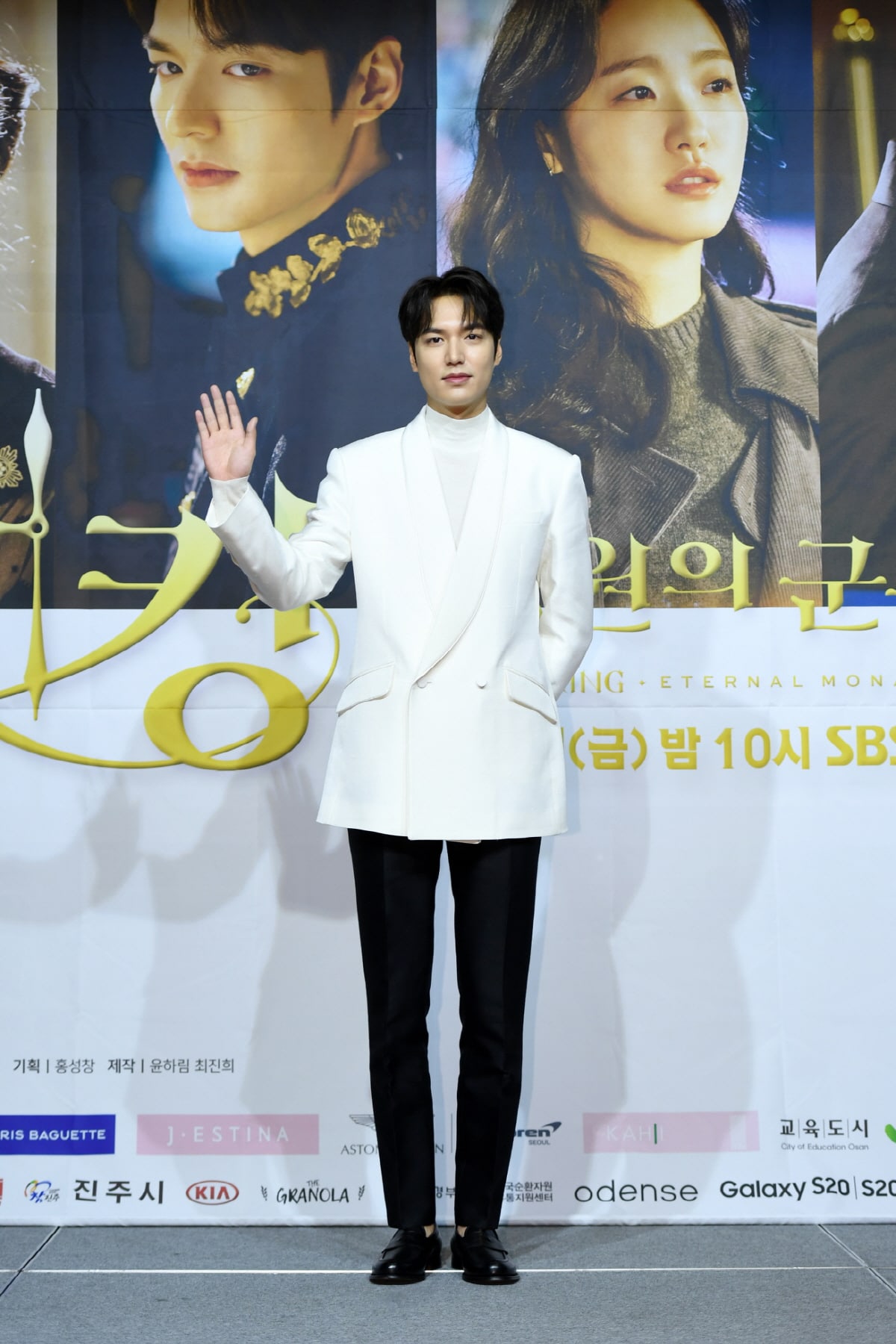 “The King: Eternal Monarch” is the first drama he is starring in since his discharge from the military in April 2019. The actor said, “It was time to look back on myself. I had to portray [a different image] from my 20s since I’m in my 30s now, so I had to grow, and I thought this was the proper time to show [my acting]. I thought about ways to do well as I reflected on my past.”

On how he prepared for his role as Lee Gon, he shared, “I’m cautious about dividing types, but I looked for books by mathematicians and lectures by physicists. People who lean towards natural sciences like clear answers and tend to be serious, and they take some time to solve for answers. They are the type of people who may seem frustrating, but they are sincere about every word they say.” 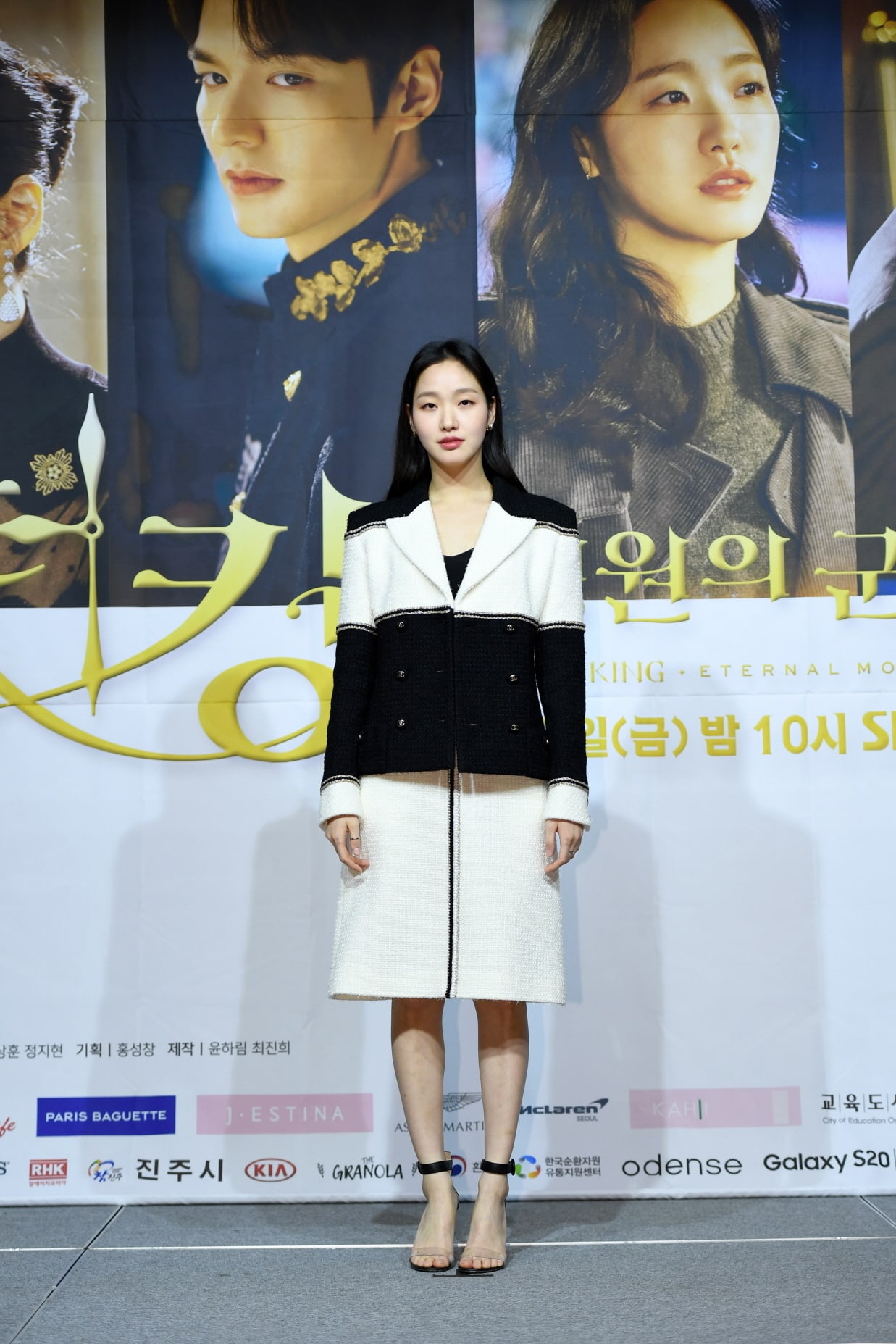 Kim Go Eun talked about her role, saying, “I challenged myself to a double role with this drama. In Korea, I play Jung Tae Eul, a violent crimes detective, and in the Korean Empire, I play a criminal named Luna. The phrase, ‘I don’t know how to explain it,’ describes Jung Tae Eul perfectly. She is a person who takes action using her intuition, rather than solving things in her head.”

When asked about how it felt to reunite with screenwriter Kim Eun Sook, she showed joy and added, “Actually, this drama feels more difficult because it’s the second one we worked on together. I don’t want to spoil our good memories. I’m having fun filming because we’ve now became emotionally closer to each other.” Kim Go Eun was the female lead in Kim Eun Sook’s “Goblin.” 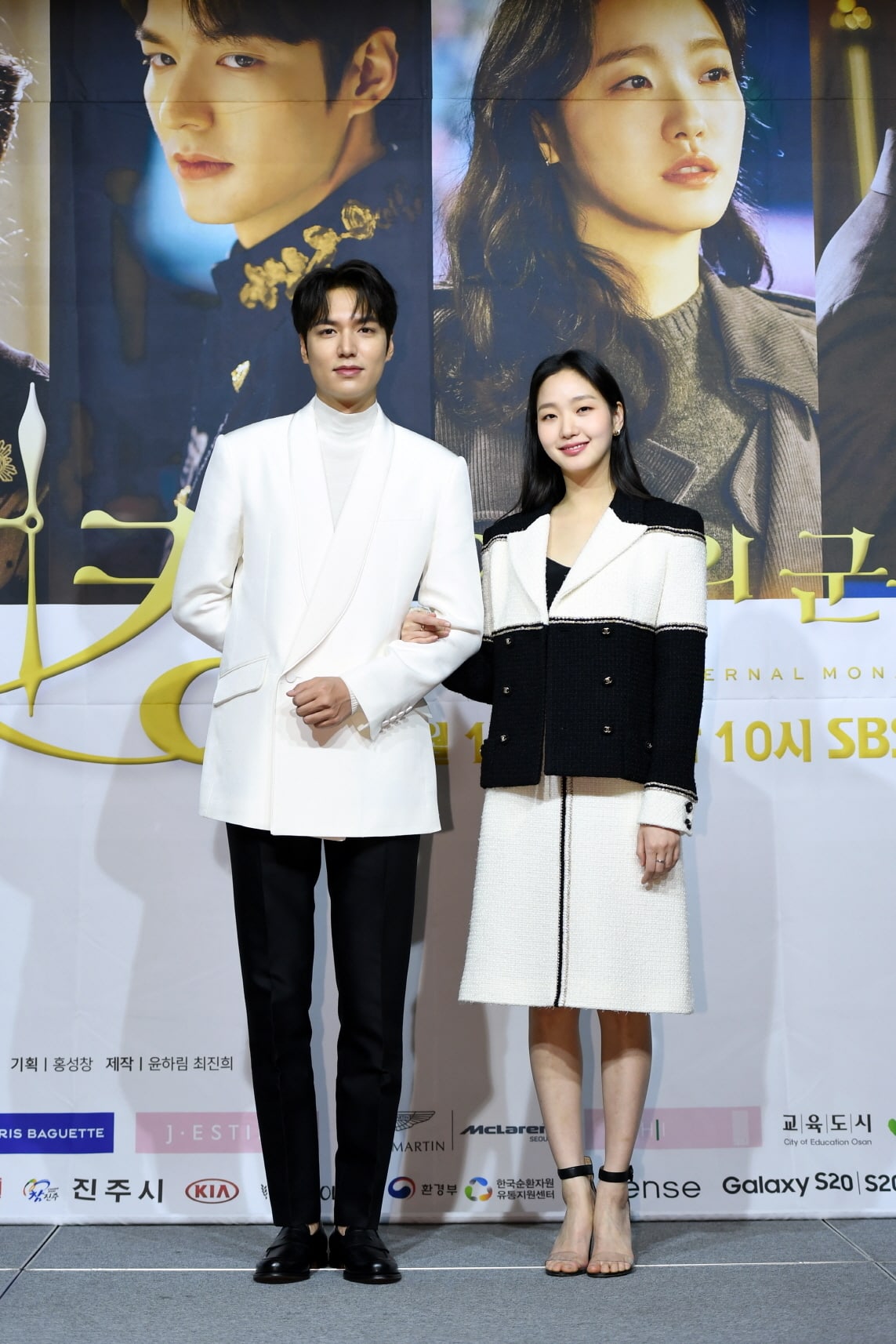 The two lead actors expressed their satisfaction with their chemistry. Lee Min Ho chose Kim Go Eun’s eyes as her charming point and explained, “They change every minute. They are intense and shy and diverse. After seeing her eyes, I could see why [her acting] spectrum is so wide.” Kim Go Eun also praised Lee Min Ho, saying, “Lee Min Ho has a really good personality. We became friends without feeling awkward. I got a lot of help in playing my character.” 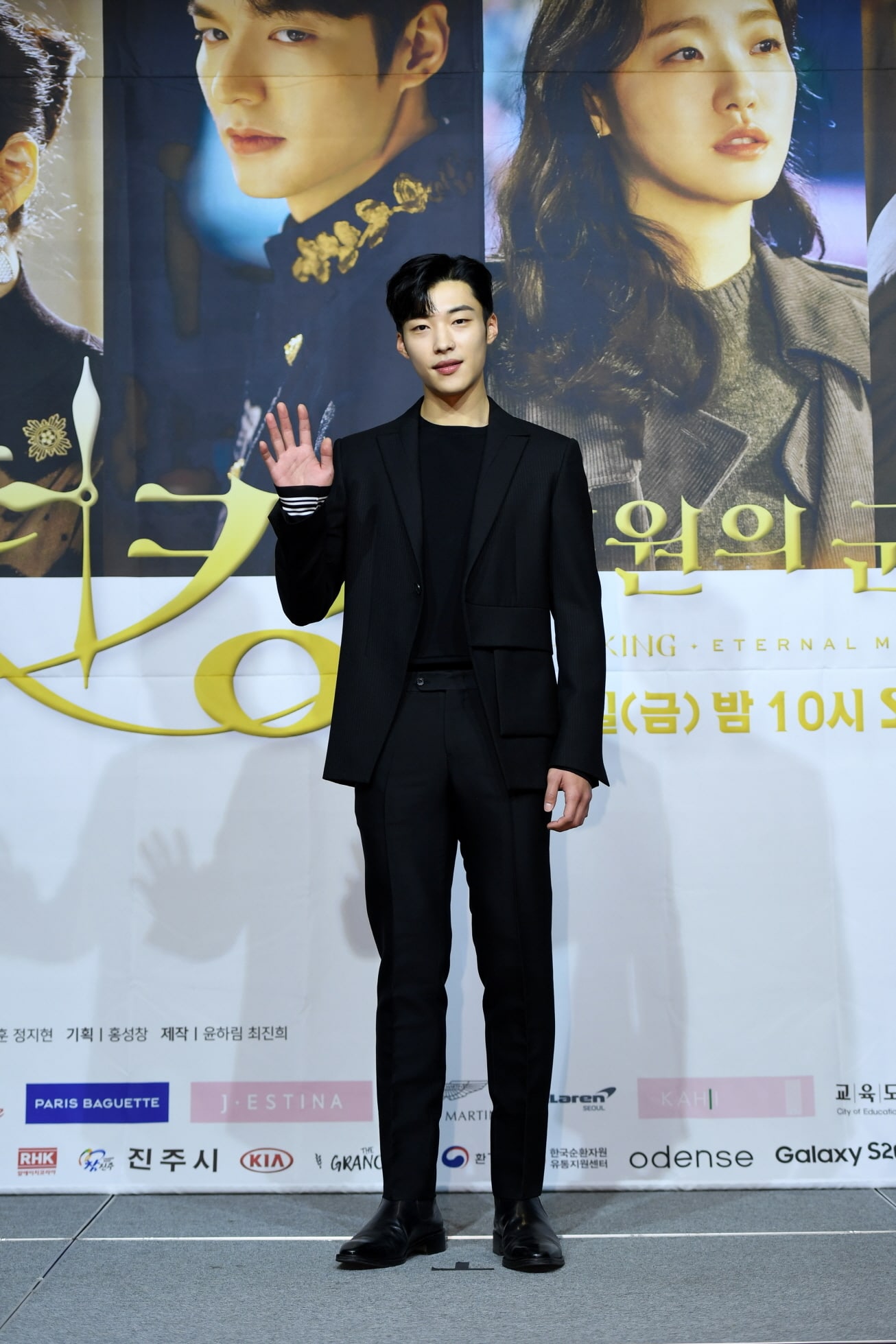 Woo Do Hwan portrays Jo Young, chief imperial bodyguard and Emperor Lee Gon’s best friend, as well as Jo Eun Seob, a public service worker at the National Police Agency’s civil service office. About playing two characters, he candidly commented, “It was very pressuring to play dual roles. Both are great roles, but the dialect was burdensome. The writer encouraged me to trust and follow her without worrying. I’m doing my best not to cause trouble. I will show a bright side that I’ve never shown in my previous works.” 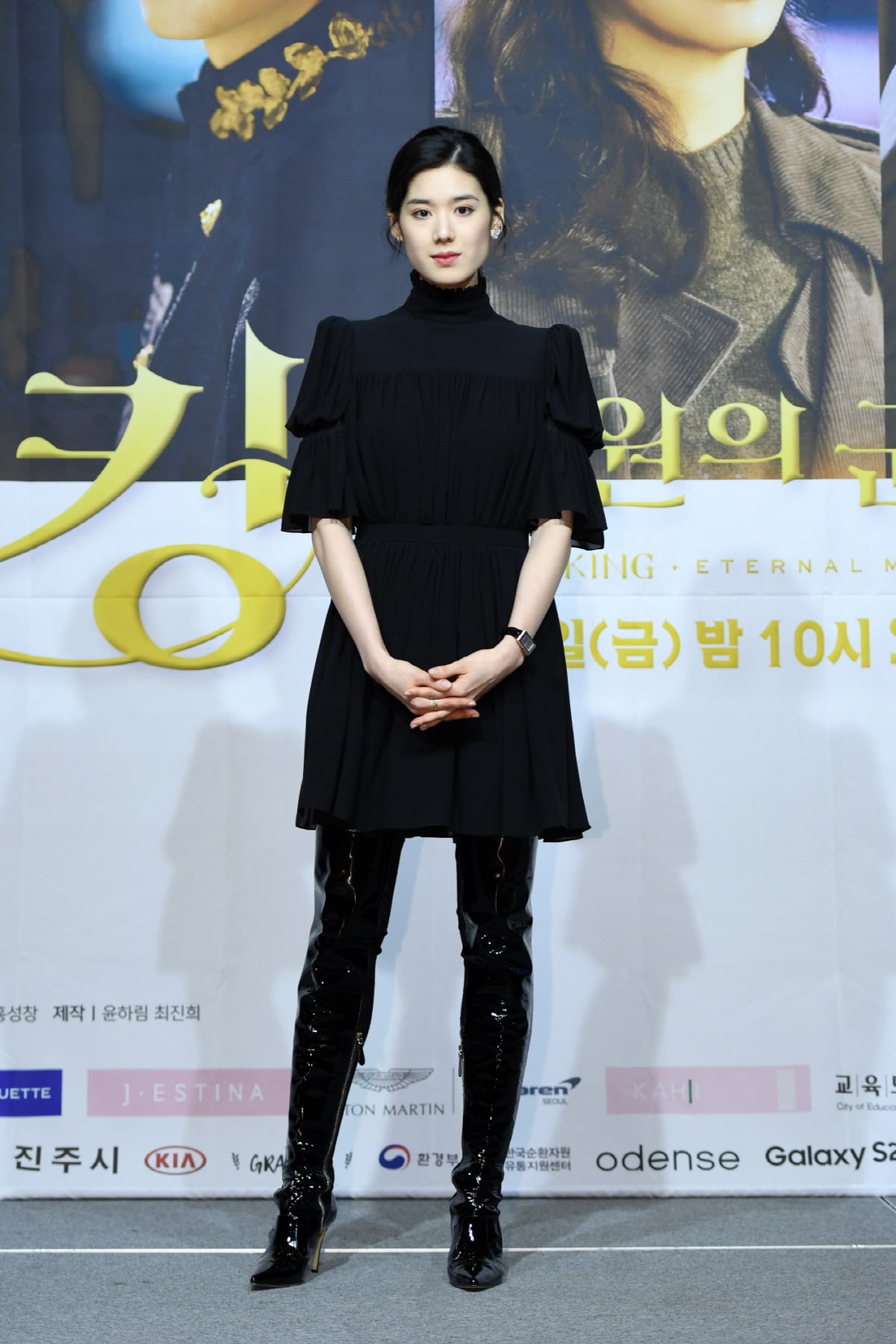 Jung Eun Chae plays Ku Seo Ryeong, the youngest-ever and first female prime minister of Korea. She shared, “There were many parts to the drama that were completely different from my previous works. I’m looking forward to this opportunity to show you a side of me that even I didn’t know about.”

Kim Go Eun increased the anticipation for the drama, saying, “It’s a story about parallel worlds, and there are a lot of details in it. There has never been a drama with such various double roles. It’s a fun mystery drama.”

Last but not least, the actors chose the key points of the drama. Kim Go Eun commented, “The more you watch, the more you will look forward to the next episode. It provides viewers with the fun of finding differences between the dual roles.” Lee Min Ho added, “There are many things to see, including an epic story, romance, and dual roles. Join ‘The King: Eternal Monarch’ as you continue to practice social distancing.”