On April 17, the upcoming drama released a poster that features its stars smiling awkwardly at the camera, as if wearing forced smiles for a family photo. Despite each harboring his or her own hidden emotional wounds and secrets, the drama’s leads try to smile brightly and crowd together snugly as the caption asks, “Is our relationship kind of awkward?” 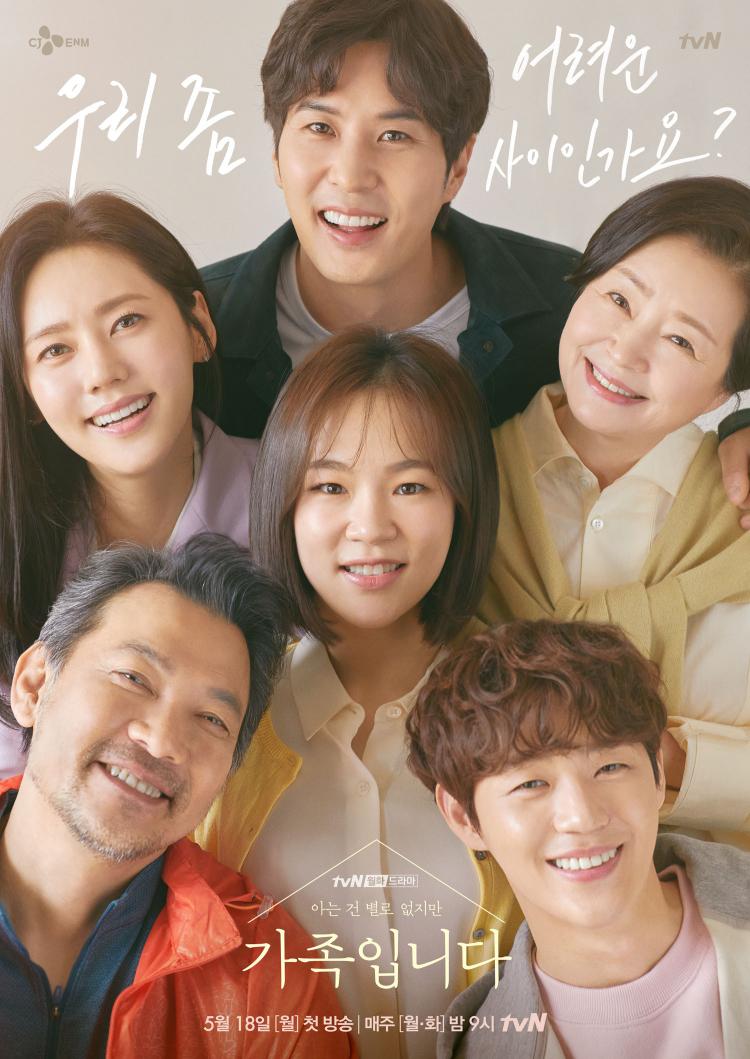 Han Ye Ri, who stands in the center of the photo, will be starring in the drama as the optimistic and overly considerate Kim Eun Hee, who is the second daughter in her family. Kim Ji Suk stands above her as Park Chan Hyuk, her free-spirited college friend who is almost like family—and who becomes her relationship coach to get her back in the dating game.

The producers of “My Unfamiliar Family” commented, “Everyone has at least one secret that they can’t tell their family. With the realistic setting of an ordinary family that seems like people we might know in real life, we will convey emotions and laughter through the sincere and relatable stories of ordinary people.”

They went on to add, “Please look forward to the chemistry between the cast members, who are making their characters even more realistic and relatable through their true-to-life acting.”