IU gave fans an update on how she’s been doing while staying at home, chatted about her recent move to a new agency, and more!

On April 17, the star’s agency EDAM Entertainment shared a new video titled “IU’s Homebody Signal,” which is themed as a radio show with a concept that fits how much of the world is self-isolating during the COVID-19 pandemic. She explained that it had originally been planned with her agency that the show would be given to members of her fan club as just a link to an audio file.

“That’s how it started, but then they kept making it bigger in size, they brought a camera and rented this space, and they suggested that we make a video that more people could enjoy,” she explained with a laugh. “That’s how the format turned into a viewable radio show. They even sent me to the salon. I’ve also just been resting at home.” 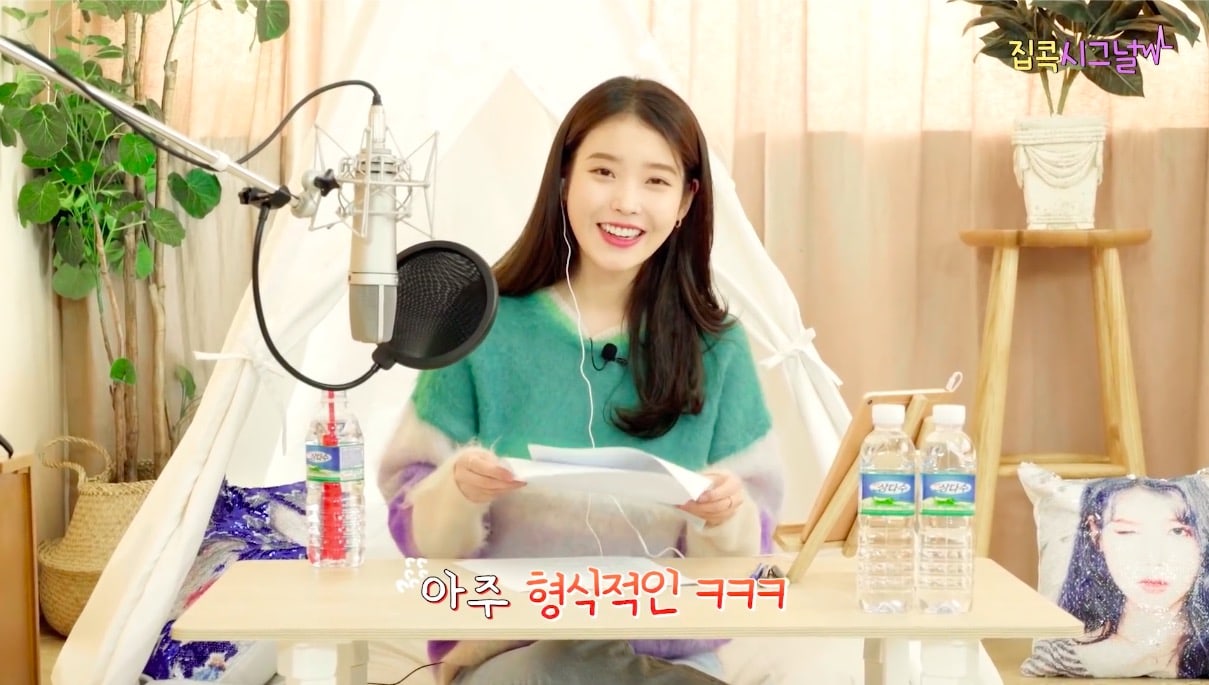 She shared that future episodes will be uploaded as a surprise without a prior announcement. IU also playfully teased the agency’s new content producing director by getting him to promise to fans that her IU TV video series will still be uploaded as normal, despite this new additional content.

IU then moved on to talking about what her life’s been like during the outbreak. “I’ve also had a lot of my work plans canceled,” she said. “My plans for the year have changed a lot.” She said that her plans for this year have changed to the keywords, “fun, light, and a lot,” adding, “I think, ‘When will I ever be able to spend a year without burden again?’ I’m planning to keep surprising you all with sudden events like this radio show.” 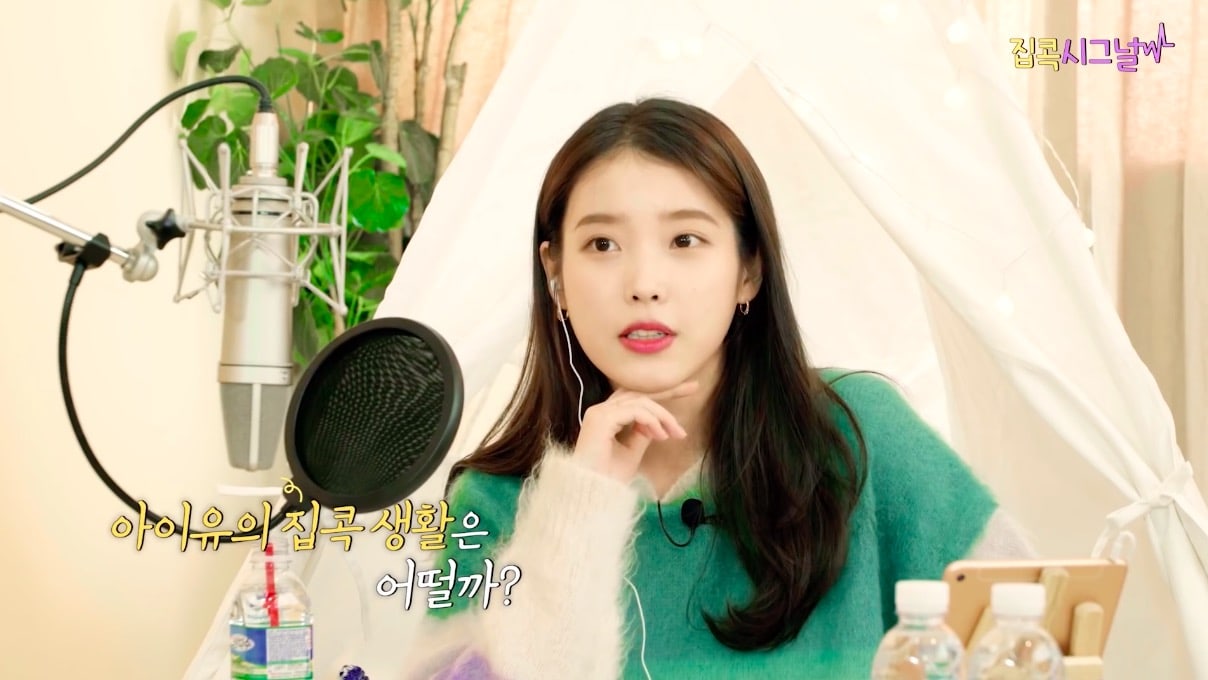 She shared that while staying at home, she’s spent a lot of time watching shows. “Lately I’ve been watching ‘Melo Is My Nature,'” she said. “And also ‘Money Heist,’ which a lot of you have watched already. I got into it a bit late. I usually can’t watch things that are really tense. But I’ve found while watching it that each and every character is so charming. I watched up to the middle of season two in about a week.”

She then added, “‘Money Heist’ is rated 19+, so I don’t recommend it for younger people.” She said that people should watch it if they like shows that involve a battle of wits.

She also talked about why she likes “Melo Is My Nature.” She said, “It’s light but also has a message to it, and it’s a good fit for the spring weather lately.” She recommended that it would be good for people who want to vicariously feel the excitement of romance. 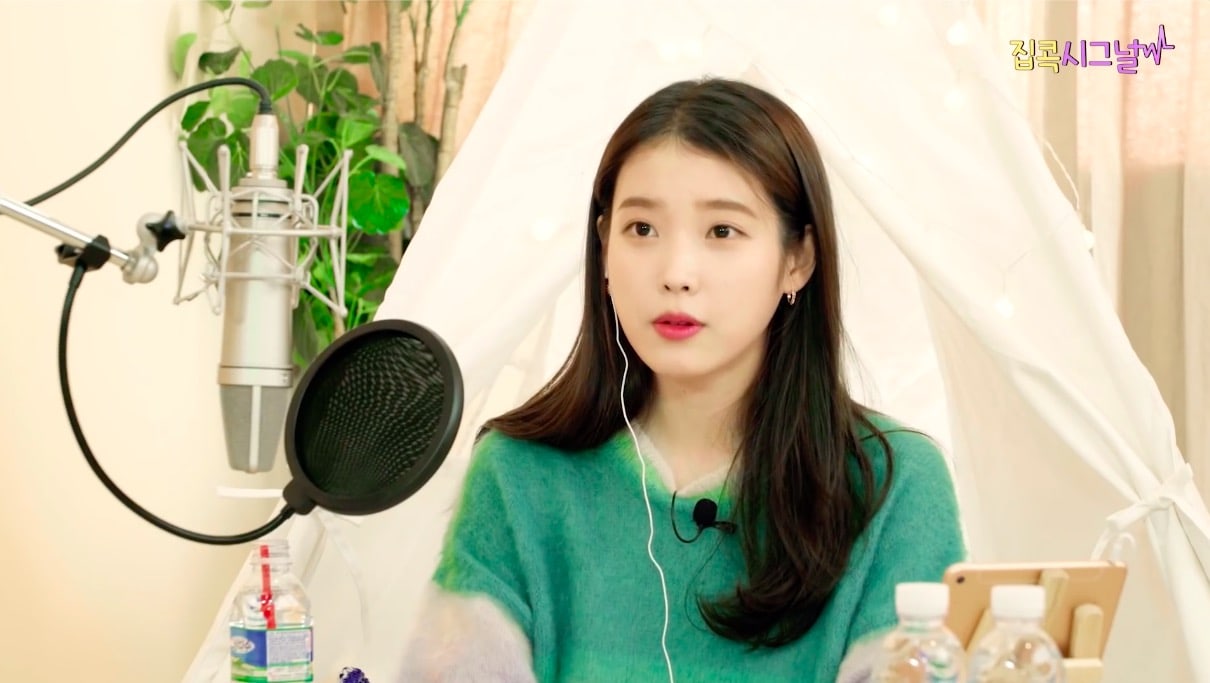 IU next talked about the response to her hilarious April Fool’s Day prank. On April 1, IU uploaded a video starring herself “driving” with her father in the passenger’s seat, announcing that she’d finally got her driver’s license. However, she revealed at the end that she’d really only been pretending with a fake steering wheel while her father did all the driving.

“We got a great response to that,” she said, joking that their producing director had been really proud about it because it was their idea.

“I’d wondered if people would really be fooled by it, but everyone was!” she said. IU went on to say that she’d been the one to recruit her father to take part, and it had originally just been planned as a video of her alone. “So I think I should get about 20 percent of the praise, right?” she said with a laugh.

“It has 5.3 million views!” she added in amazement. “We’ve never had a video get so many views. I was pleased. To be able to fool so many people!”

She shared that she’d even had acquaintances messaging her to say, “You said you weren’t going to get a license, but I see you did!” She laughed and said, “Those people didn’t watch the video until the end.” She also added that she’s aiming for 10 million views. 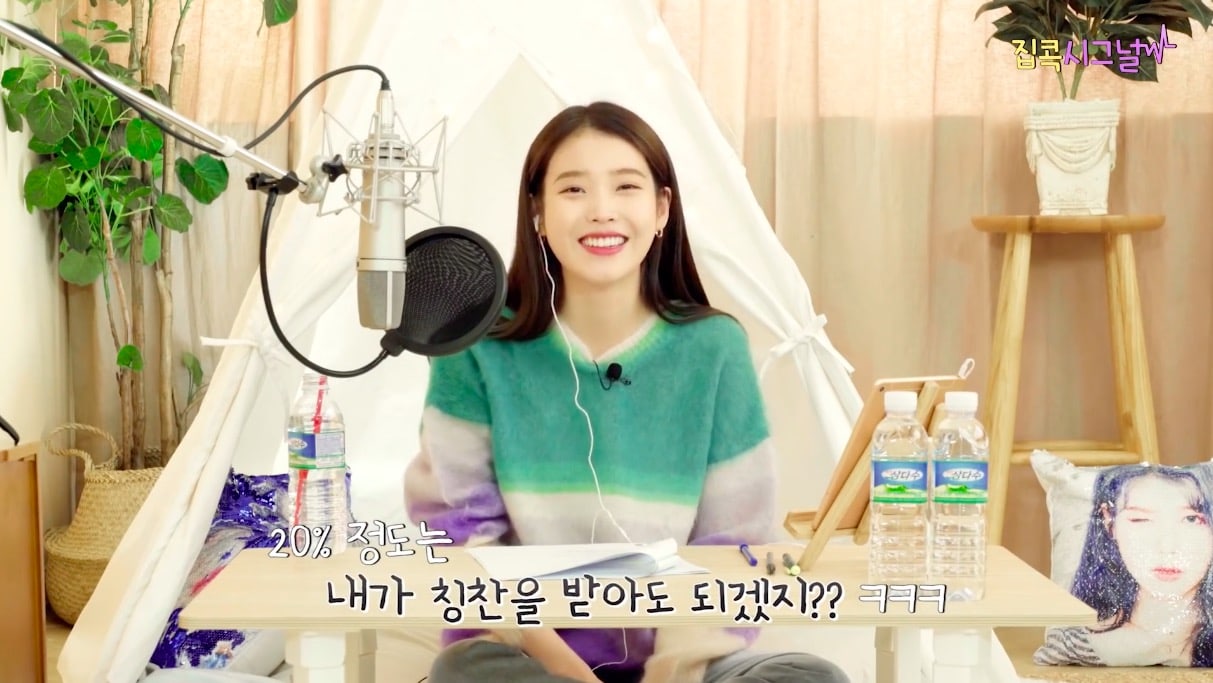 IU went on to talk about making the move to a new agency. In January, it was announced that IU has signed with EDAM Entertainment, a new company established by her manager of 12 years, Bae Jong Han. All of her staff (known as the “IU Team”) moved with her to the new agency, which is a subsidiary of her former agency Kakao M.

“I think they’re hoping I’ll do a lot of activities,” IU said with a laugh, and she explained that she’s feeling more responsibility as she makes this new start. “I wonder if it’s okay for me to just be at home doing nothing.” She said that the staffs’ eyes had sparkled over the idea of the YouTube channel.

IU also talked about her agency head. “He’s a very quiet person,” she said. “He’s the most simply honest person I know.”

She laughed as she said that since her debut, he’s always put her first and would immediately agree that she shouldn’t do something if she said she felt that it would be too much or too difficult. As a new agency head, he’s now enthusiastically suggesting she do things.

She said that his reaction to the YouTube idea was to say, “Yeah, do a lot of that! Do a lot of stuff on YouTube! Sing too! And cook too!” She said, “I felt a sense of responsibility and I readily agreed to do it.” 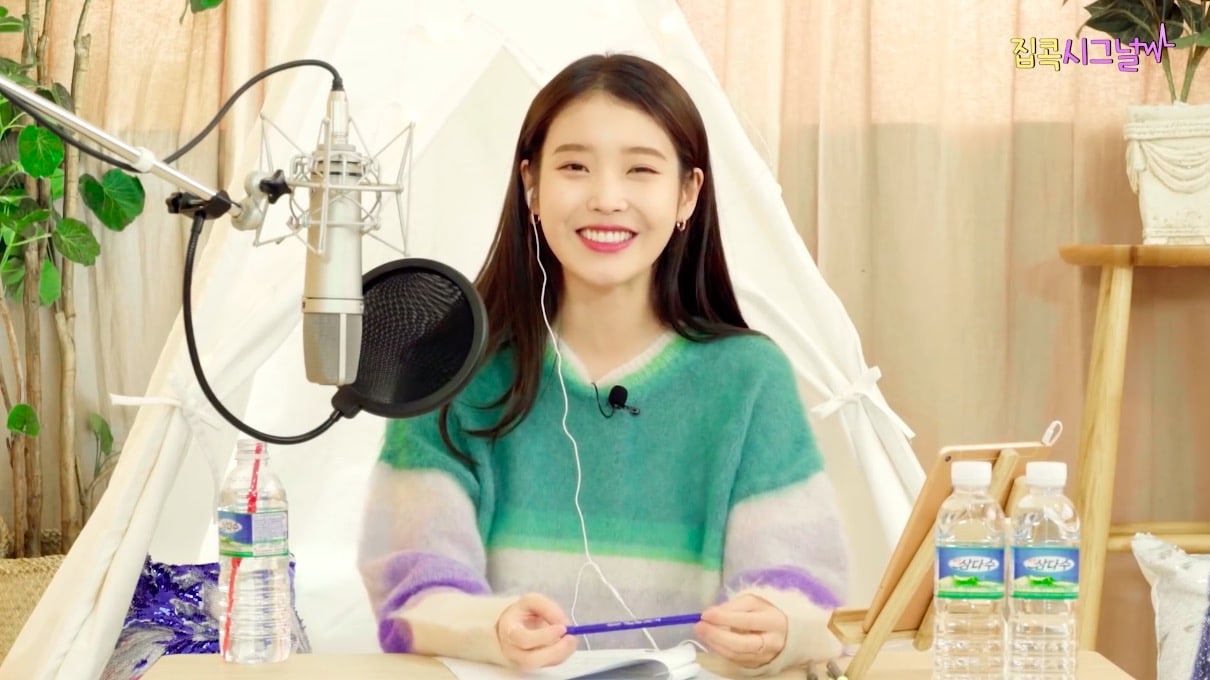 Watch IU’s first episode of her “Homebody Signal” show below!

Want to try the show that IU recommends? Check out “Melo Is My Nature” below!