On April 18 and 19 KST, BTS held an online concert streaming event that gave fans the chance to enjoy an “at-home BTS concert experience.” Over the course of two days, BTS streamed eight of their past concerts on YouTube for fans to watch in the comfort of their own homes.

At the end of the two-day event, BTS took to their official Twitter account to thank fans for spending the weekend with them—albeit virtually.

The group shared several photos of the members proudly holding up their ARMY Bombs (BTS’s official light stick) and wrote, “Did you all enjoy watching ‘BANG BANG CON,’ which took place over the past two days? Thank you to all of the ARMY who enjoyed the concerts at home while waving their ARMY Bombs!”

BTS also surprised fans by making an intriguing announcement at the very end of “BANG BANG CON.” In the final moments of the streaming event, the following message appeared on screen: “In June, BTS will return to ARMY’s rooms once again.”

As the anniversary of BTS’s debut falls in June—an occasion the group celebrates each year with lots of exciting new content and gifts for their fans, released as part of their annual “BTS Festa”—many fans are speculating that the announcement has something to do with this year’s celebration. 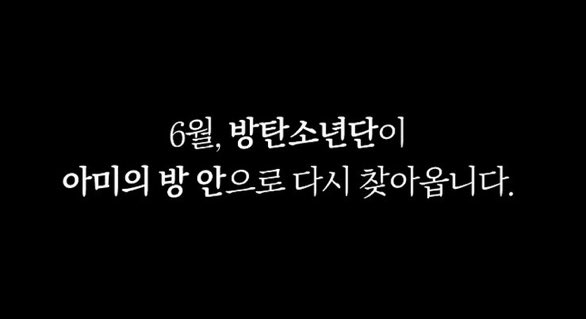 Are you excited to see what BTS has in store for June? What do you think is coming? Share your theories and thoughts with us below!