Paul Kim has reached the top of many major realtime charts!

By 1 a.m. KST on April 23, the song had reached No. 1 on the realtime charts of four of Korea’s largest music services: Melon, Genie, Bugs, and Soribada. 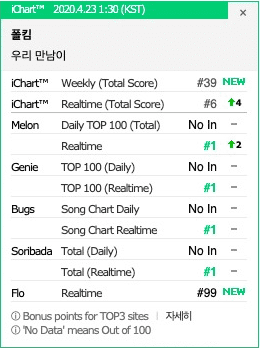 Listen to “But I’ll Miss You” below!

Paul Kim
How does this article make you feel?