On April 22, the idols held a “Couch Talk” via Naver’s V Live broadcast. Talking about what he’s been up to, Nichkhun began, “I’ve been watching TV or cooking a lot at home. I made lots of Thai dishes and pasta.”

A dog walked onto the set during the broadcast, and the 2PM members began coming up with names for the animal. Referring to “yang,” the Korean word for sheep, Nichkhun suggested the name “Yanggu.” Wooyoung happened to serve on a military base located in the city of Yanggu, and stated, “It’s been two months since I left Yanggu.” Jun. K added, “It’s been four months since I left Yanggu.” 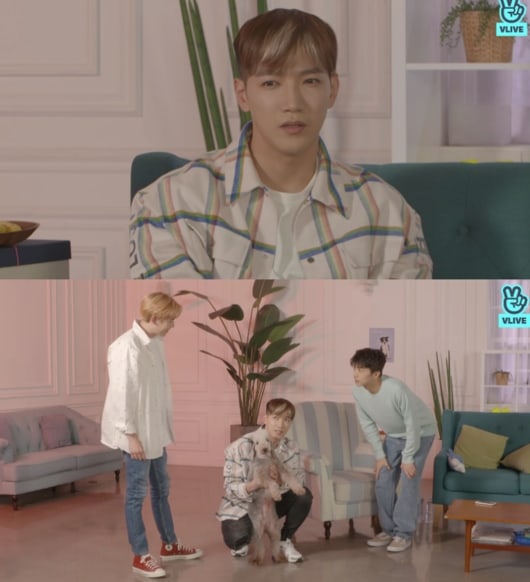 The 2PM members then said that they would share ways that fans can feel “healing” in quarantine. Wooyoung said, “I usually play games,” while Jun. K revealed, “I’ve finished working on the album and am waiting.”

Wooyoung continued, “I feel so happy when I drink coffee at home. That time helps me to empty my thoughts and I feel clear.”

They then brought up 2PM’s 2015 track “My House” which enjoyed an unexpected resurgence in popularity online. Nichkhun said, “‘My House’ is getting lots of interest. Thank you so much.” Wooyoung added, “Since it’s getting popular again, I find myself constantly reading the comments. I recently appeared on JTBC’s ‘Ask Us Anything‘ and said that people in their 20s and 30s like it. I then saw comments that said, ‘No, there are people who are teenagers and in their 20s.’ I want to take this chance to say thank you. ‘My House’ is a really good song.”

Nichkhun said, “We held a concert after ‘My House’ was released. It was a house party concept and it was really fun. Jun. K wrote the song and lyrics for the song.” Jun. K explained, “I think the song was successful because 2PM’s sexiness was highlighted. Things like our facial expressions were shown well.” Nichkhun added, “If we have a comeback, we have to perform ‘My House’ no matter what.” 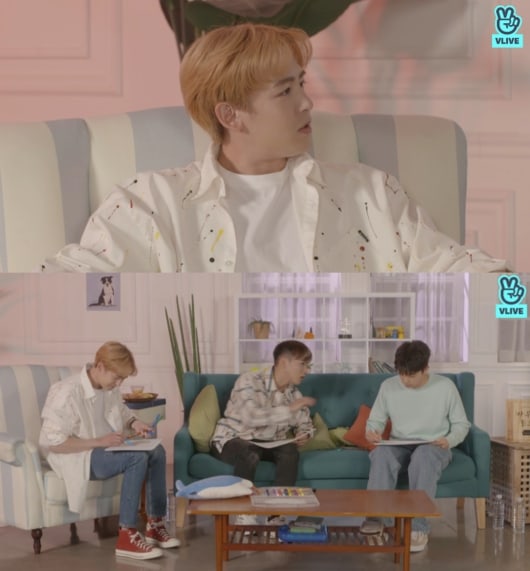 Speaking about Wooyoung’s upcoming birthday on April 30, Jun. K asked him what he did last year for his birthday. Wooyoung replied, “Many soldiers congratulated me on my birthday.” Jun. K added, “We spent it together at Yanggu. I luckily ran into Wooyoung a lot in the military.”

After the broadcast, Nichkhun shared a photo of the three members. He wrote, “Hello, this is 2PM! Thank you HOTTEST [2PM’s fandom name]!”

2PM
Jun.K
Nichkhun
Wooyoung
How does this article make you feel?