Han Ye Ri, Kim Ji Suk, And More Are Both Together And Apart In Main Poster For “My Unfamiliar Family”

“My Unfamiliar Family” will tell the story of the relationships and misunderstandings between strangers who are like family—and family who are like strangers.

In the drama, the characters find themselves growing apart from their families as they get older, and their secrets pile up as they have a hard time opening up to those who are closest to them. On the other hand, they also learn that sometimes, life introduces you to strangers who can share and understand your deepest emotions and secrets.

On April 23, the drama released a main poster that shows the six main characters looking in different directions. Jung Jin Young’s head is turned towards his family, but he somehow looks lonely. Won Mi Kyung warmly smiles at her children with her back turned to Jung Jin Young. Chu Ja Hyun looks to be in deep thought, while Han Ye Ri is smiling broadly. Shin Jae Ha watches his family from one step away, and Kim Ji Suk stands nearby as a reliable friend. 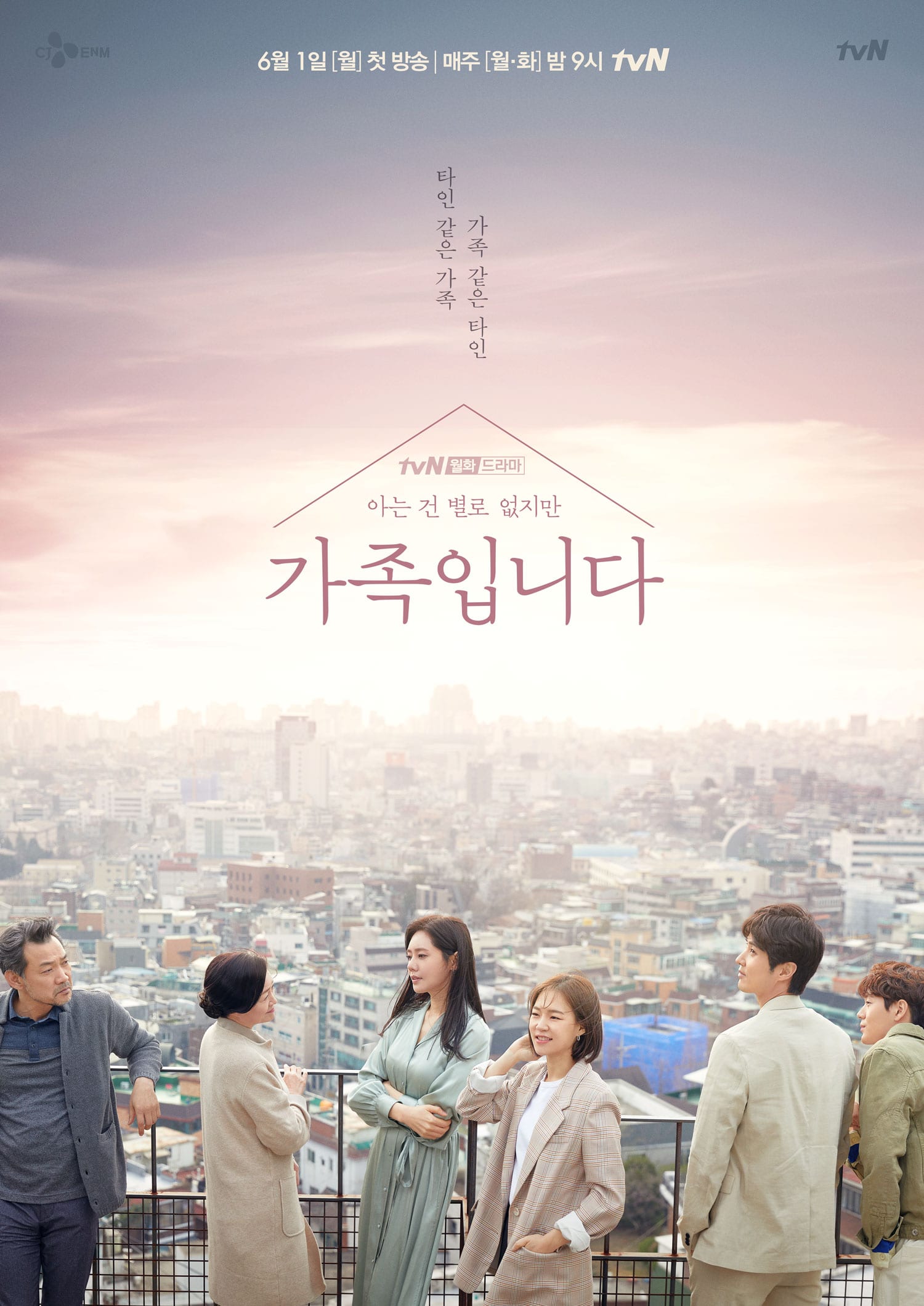 Han Ye Ri will be starring in the drama as the optimistic and overly considerate Kim Eun Hee, who is the second daughter in her family. Kim Ji Suk plays her free-spirited college friend Park Chan Hyuk who becomes her relationship coach to get her back in the dating game.

The production crew commented, “The drama honestly portrays the story of an ordinary family that seems like one we might see in real life. They will try to solve the secrets that they couldn’t tell each other as a family, and viewers will be able to relate as the characters take steps closer to each other.”

“My Unfamiliar Family” will premiere on May 18 at 9 p.m. KST and will be available on Viki.