In the last episode, Hong Jo frankly confessed his secret identity to Kim Sol Ah, causing her to break into tears in extreme shock. A strange rift came between the two as they came face-to-face with harsh reality.

The newly released stills show Hong Jo approaching Kim Sol Ah. He places a gentle hand on her forehead, and at his touch, she slowly opens her eyes and stares at him. Her eyes are filled with sadness and as if she’s confused whether this is a dream or not. Hong Jo sits on the ground by her bed, and they share a meaningful look in silence. 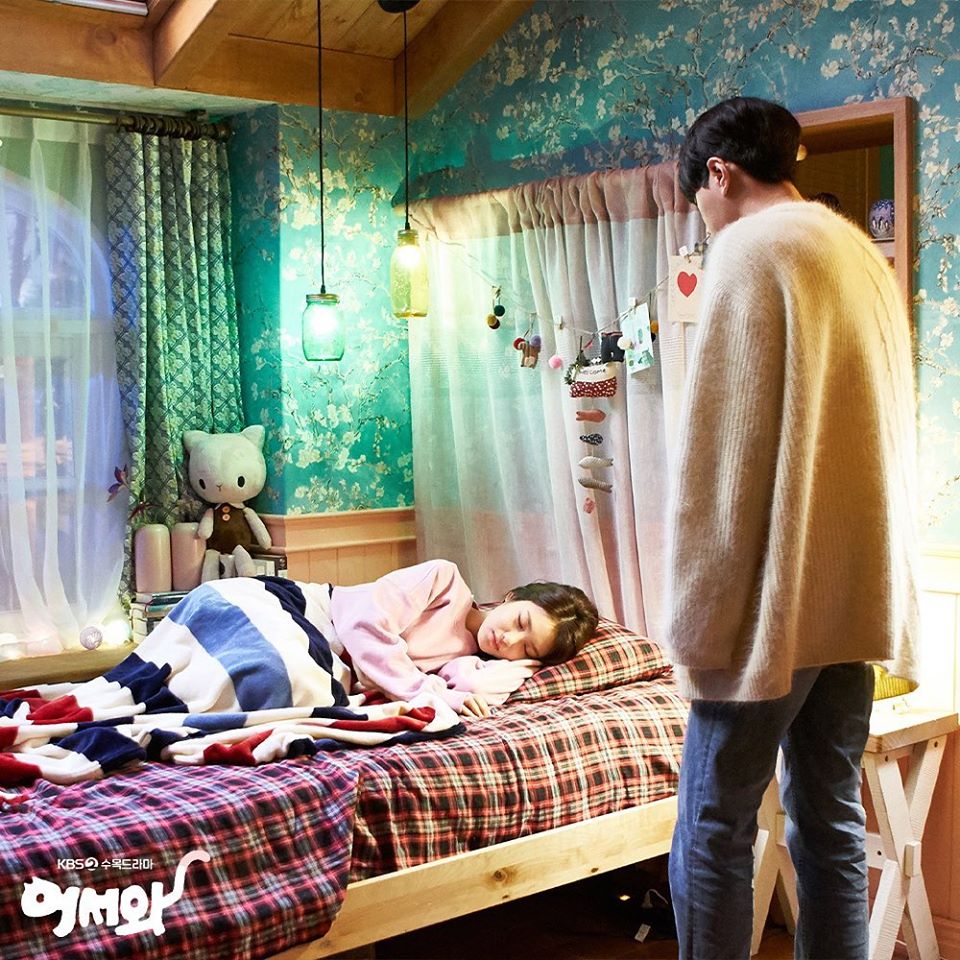 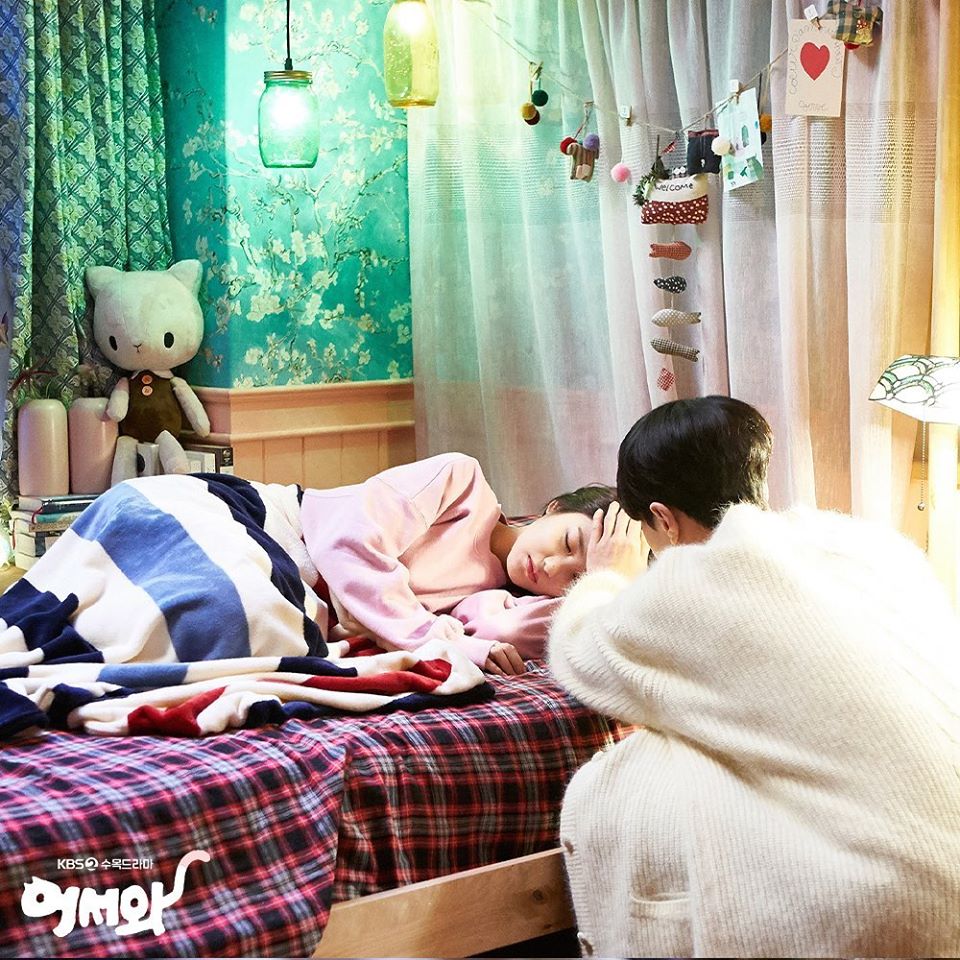 This scene was shot in Paju of Gyeonggi Province on January 27. Kim Myung Soo and Shin Ye Eun, who exchanged jokes with friendly smiles during break time, quickly immersed into their characters during rehearsal. They discussed each line and emotion with the director, and they were soon ready to start filming.

Kim Myung Soo portrayed the gentle and delicate side of Hong Jo, while Shin Ye Eun drew out the emotional turmoil of Kim Sol Ah with her eyes. The emotional atmosphere caused even the crew members to hold their breaths, and when their passionate performance was captured, the crew responded with an applause of approval. 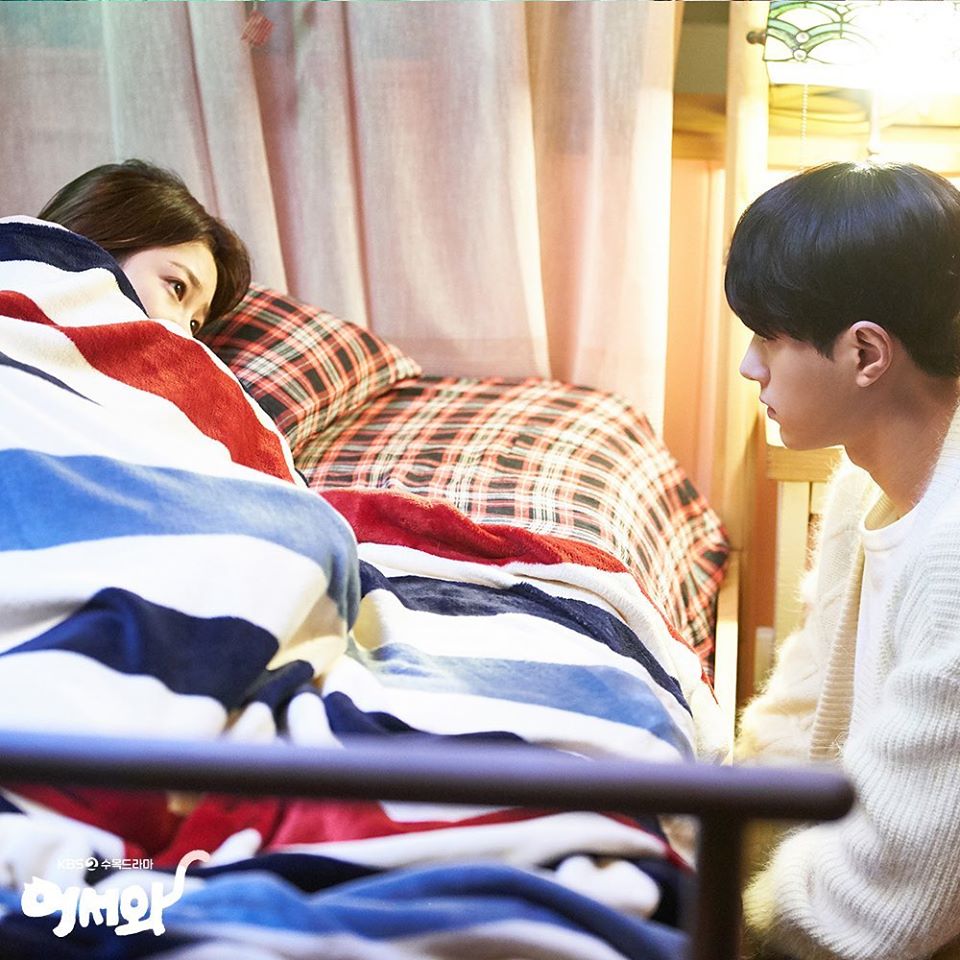 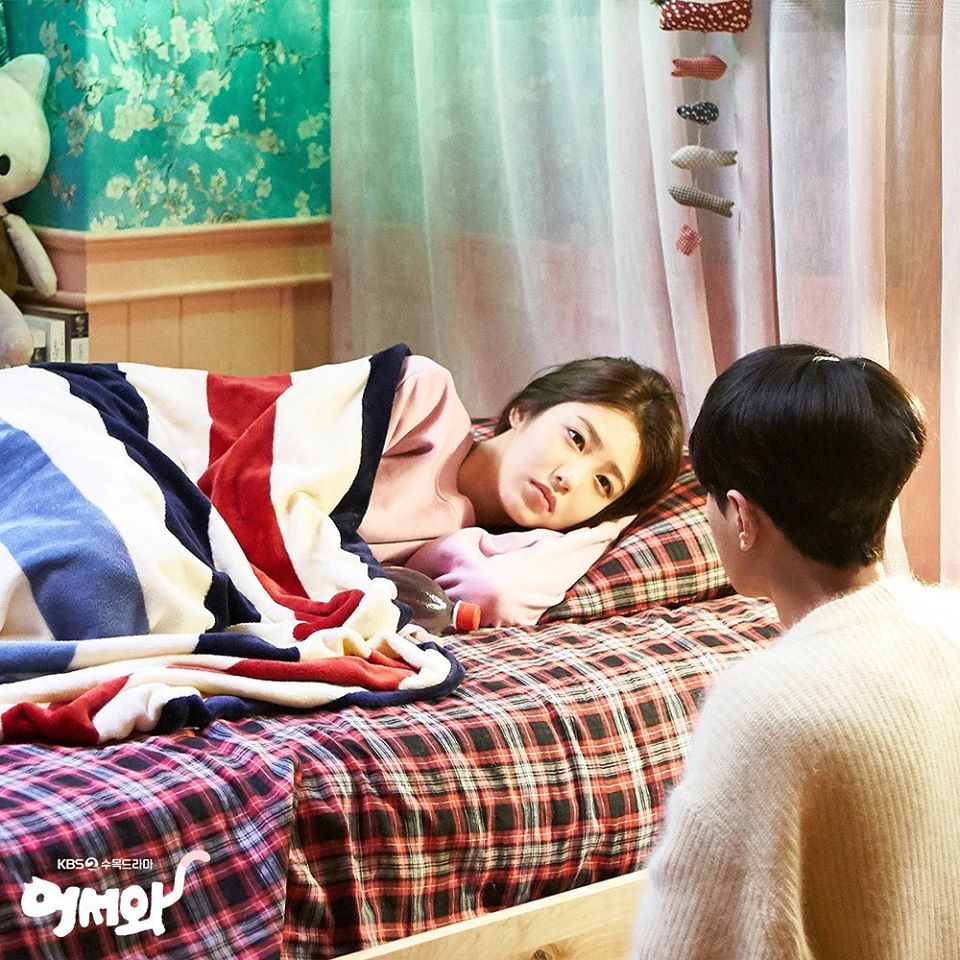 The production team shared, “The emotionally explosive scene of the two young lovers who refuse to give into their sad fate is waiting to unfold. With all the secrets revealed, please look forward to what choices Kim Myung Soo and Shin Ye Eun will make, how they will solve the problem, and how their love story will progress.”