Actor Song Seung Heon appeared as a special guest on the latest episode of MBC’s “Home Alone” (“I Live Alone”)!

In his first interview, Song Seung Heon said, “I am happy to be appearing on the show and I hope that I’ll have lots of fun today. I heard it was the show’s 7th anniversary recently, so I prepared a cake.” He sang a congratulatory song, earning the praise of the female cast members like Park Na Rae, Jang Do Yeon, an Han Hye Jin.

Song Seung Heon is currently living on Jeju Island to work on his upcoming drama, “Shall We Have Dinner Tonight?” He said, “I’ve been living alone for 10 years. I am filming a drama right now on Jeju Island, so I’m staying here for now. The water is clear, the air is fresh, and I’ve never lived so close to the sea before.”

Song Seung Heon started off his day by stretching and going out for a jog. He expressed admiration for the fresh air on Jeju and said, “It’s been a while since I ran with the ocean as my backdrop. I really like it.” Returning to his temporary lodgings, he immediately replenished his fluids. When asked if this helped him maintain clear skin, he replied, “I’m not trying to drink a lot of water on purpose. I’m just thirsty.”

The actor continued to work out at home and said, “If I don’t exercise, then my condition becomes poor. I try to fit it in whenever I have time. Even at home, I try to do a little exercise.” Talking to himself, he said, “How much do you have to exercise? Constantly? You always have to exercise.”

When asked about tips for maintaining health, he said, “I stopped smoking almost 15 years ago. The best thing I ever did in my life was to stop smoking. When I look at the people around me, it’s obvious that there is a difference between people who smoke and people who don’t. It seems like those who smoke age faster.”

Song Seung Seon also showed the benefits of a healthy diet. He drank a protein shake with honey, kelp powder, kale powder, noni powder, grain powder, and broccoli powder. He explained, “It’s hard to boil and blanch the ingredients every time.” On top of this, he had a salad, a fried egg, and toast.

The actor then impressed the cast members by grinding his own coffee while listening to ballad music, making them comment, “It’s like he’s filming a coffee commercial.” 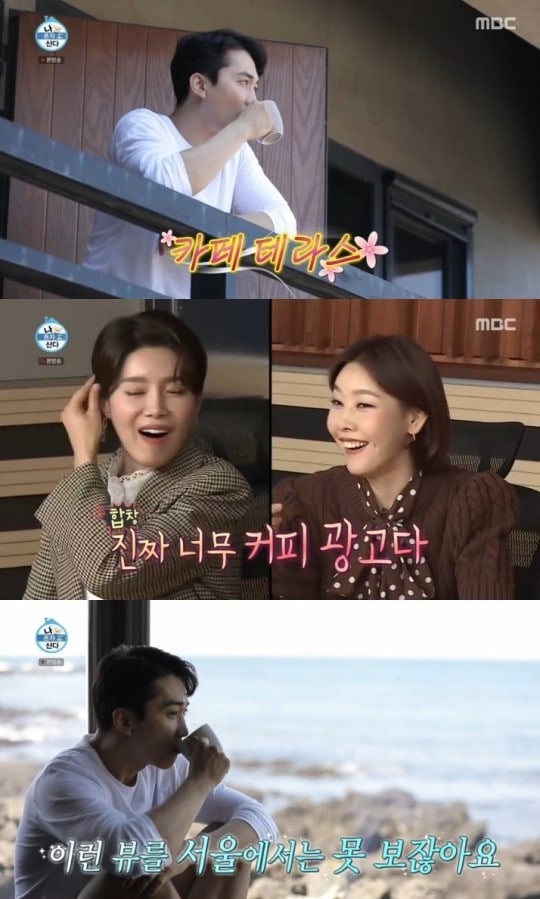 Check out an episode of “Home Alone” below!

Song Seung Heon
Home Alone
I Live Alone
How does this article make you feel?