In the beginning of the clip, Jin Se Yeon takes an interest in the old computer game Solitaire. A staff member tells her to sit down and play it properly. She willingly takes a seat and starts to play the game. She laughs as she comments, “It’s been such a long time.”

Jin Se Yeon and Lee Soo Hyuk go into rehearsal, and Lee Soo Hyuk says his line in such a firm manner that the director suggests, “[Act] like you’re in love.” Lee Soo Hyuk looks confused at first and then he closes his eyes in embarrassment.

Later on, they prepare to film the scene where he ties her hair into a ponytail. Lee Soo Hyuk fails to do it, and Jin Se Yeon laughs at his clumsiness. Flustered, he asks, “Why is the [hair tie] still in my hand?” Lee Soo Hyuk practices tying Jin Se Yeon’s hair as she patiently stands in front of him. He finally manages to tie her hair, and she smiles sweetly at the camera as she asks, “Does it look pretty?” 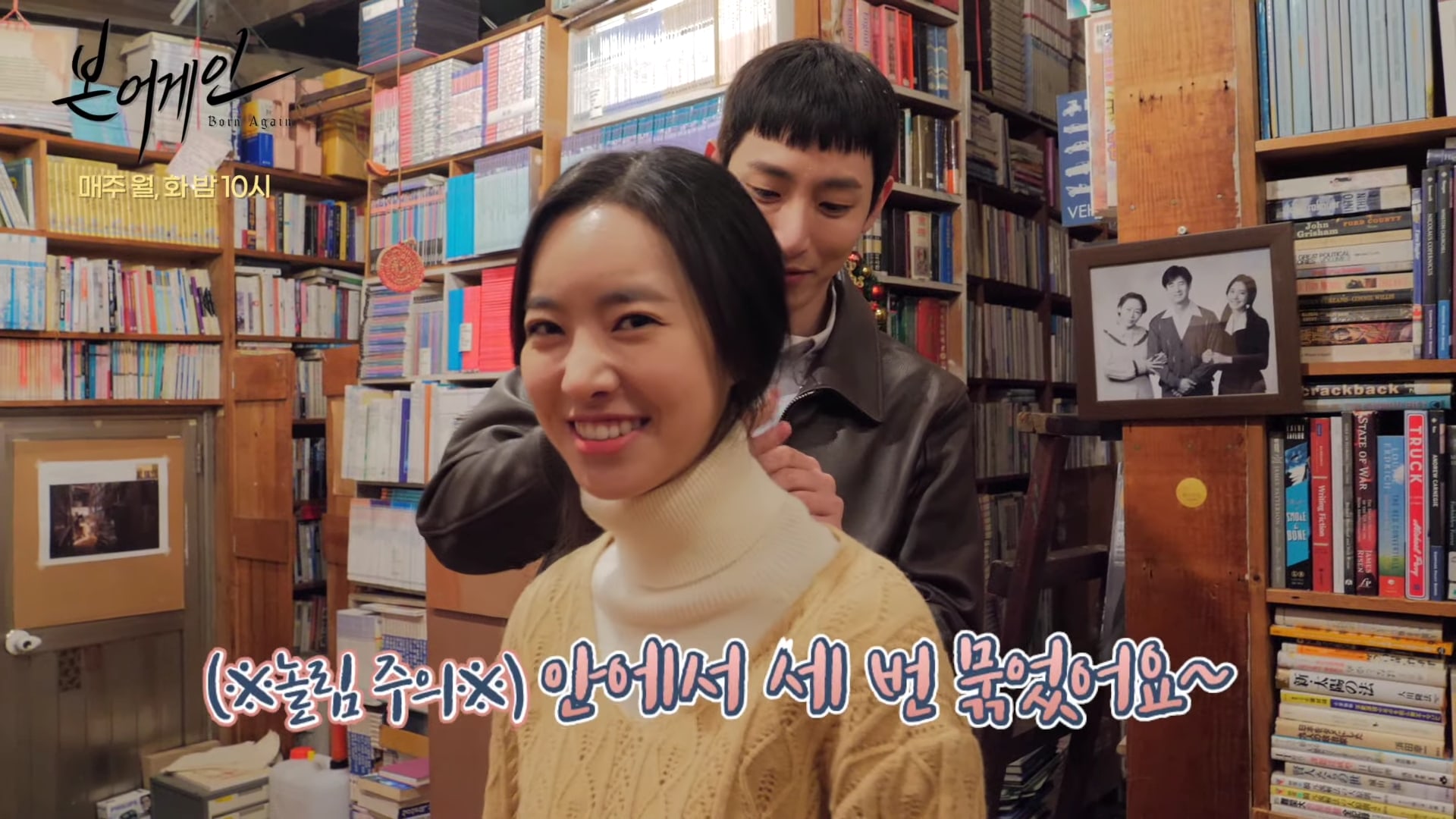 Next, Jin Se Yeon and Jang Ki Yong work with the crew for the next scene. Jang Ki Yong admits, “It’s my first time using a fountain pen. It’s not easy. Do you hear that scratching sound?” She laughs at his obsession with the pen, and he playfully shoos her away. 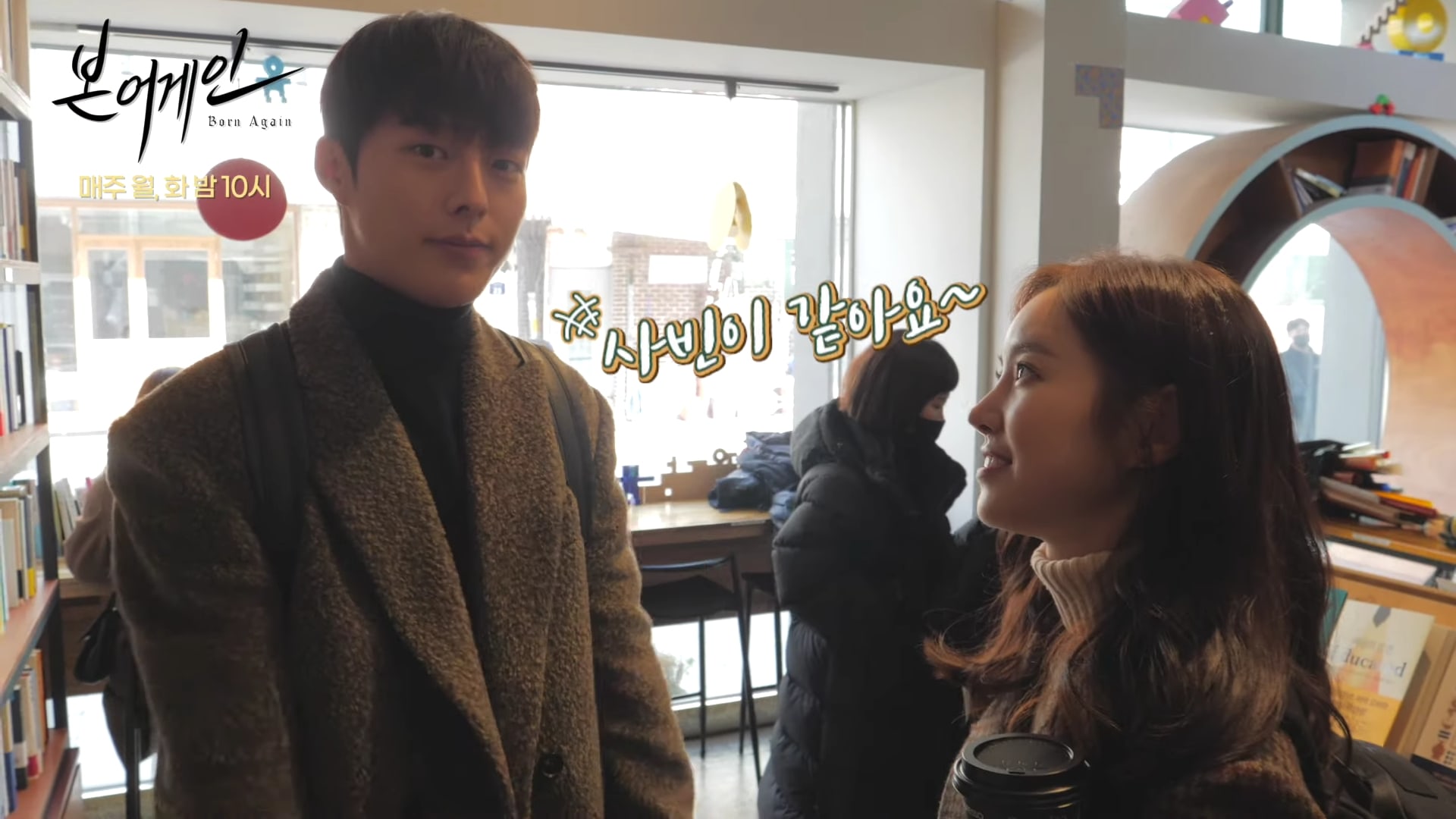 Lee Soo Hyuk and Jang Ki Yong shows off their bromance as well. The two actors practice their action scene as they get advice from the crew. The falling snow makes it hard to perform the fight scene, and eventually, Lee Soo Hyuk loses the fake gun. They continue to work hard though, and Jang Ki Yong is kind enough to brush away the snow from Lee Soo Hyuk’s cheek.

“Born Again” is a mystery melodrama that tells the life of three people whose lives are intertwined across two lifetimes through reincarnation. It airs on Mondays and Tuesdays at 10 p.m. KST.

Check out the latest episode of “Born Again” below!