The identity of Scorpio has been revealed to be a girl group member who wowed as a contestant for the second time!

The April 26 episode of MBC’s “The King of Mask Singer” was the continuation of a group of contestants as they took to the stage to compete for the crown.

The second round had Folk Song and Scorpio going head to head, with Folk Song performing N.EX.T’s “Lazenca, Save Us” while Scorpio sang Shim Soo Bong’s “One Million Roses.”

Folk Song moved on to the next round with a vote of 13 to 8, and Scorpio took off her mask to reveal that it was none other than Weki Meki’s Choi Yoojung. She had previously been on the show in 2017 as Four Leaf Clover.

Choi Yoojung revealed that she had hoped to receive votes from Kim Gura, musical actor Kai, and Lee Yoon Suk. When asked why, she explained, “When I was on the celebrity panel, I saw that Kim Gura didn’t give his vote easily to people. I felt like if I got a vote from him, it would be him recognizing my talents. Kai is really great at discovering people’s strengths so I hoped he’d see mine as well. Lee Yoon Suk always seems to really get into the music and enjoy it, and I hoped he’d do that with my music as well.”

On why she had chosen Shim Soo Bong’s song, “Choi Yoojung said, “It’s a song I enjoy in the car with my mom. I hope that by performing it here, my mom will hear it and find strength.” 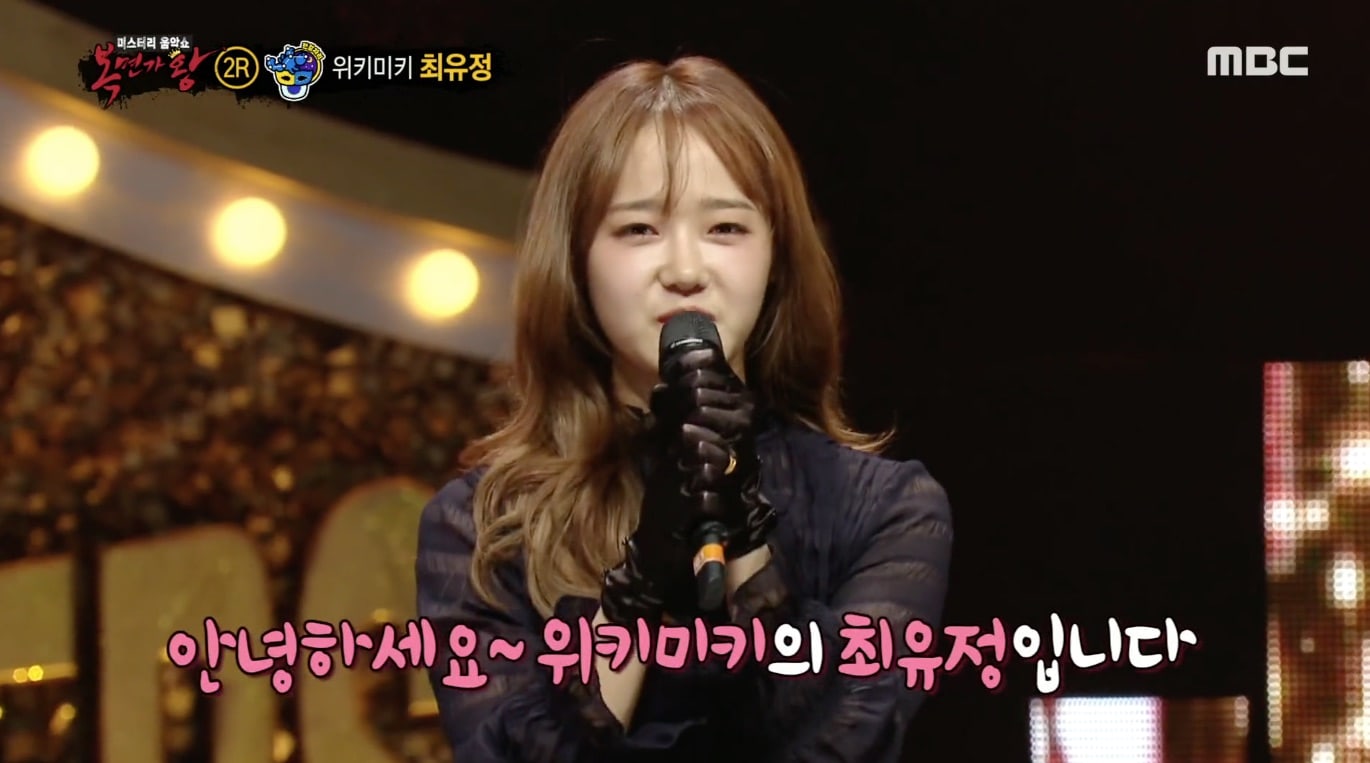 After the show, Choi Yoojung took to her personal Instagram account and wrote, “I was Four Leaf Clover last time, and I’ve come to take on the challenge once more as Scorpio! It was an honor to sing with Hyun Jung Hwa, and I’m very grateful for all the kind words from the celebrity panel! Hurray for ‘The King of Mask Singer.'”

Weki Meki
Choi Yoojung
The King of Mask Singer
How does this article make you feel?