The main characters of JTBC’s “Mystic Pop-Up Bar” have shared their reasons for appearing in this upcoming drama.

“Mystic Pop-Up Bar” is based on a popular webtoon and tells the story of a mysterious pojangmacha (outdoor drinking establishment). Hwang Jung Eum plays the ill-tempered owner Wol Joo and BTOB’s Yook Sungjae plays the innocent part-time employee Han Kang Bae, who visit customers in their dreams in order to help them resolve their problems.

Given that “Mystic Pop-Up Bar” is Hwang Jung Eum’s first drama in two years, there is a lot of curiosity about what drew her to this project. She explained, “I thought it would be fun to portray the variety of unexpected charms that Wol Joo has.”

She continued, “Wol Joo initially appears to have a perfect appearance and be ill-tempered and self-centred, but once you get to know her, she really has a warm heart and many other charms.”

As seen in the drama’s posters and teasers, Hwang Jung Eum’s Wol Joo is perfectly in sync with the style and aesthetic of the original webtoon, further raising anticipation for the actress’s portrayal of the character.

Hwang Jung Eum concluded, “Wol Joo is waiting for the pushovers of this generation at the ‘Mystic Pop-Up Bar.’ It will be more fun to watch if you also pay attention to what happens to Wol Joo while she is trying to help solve her customers’ problems.” 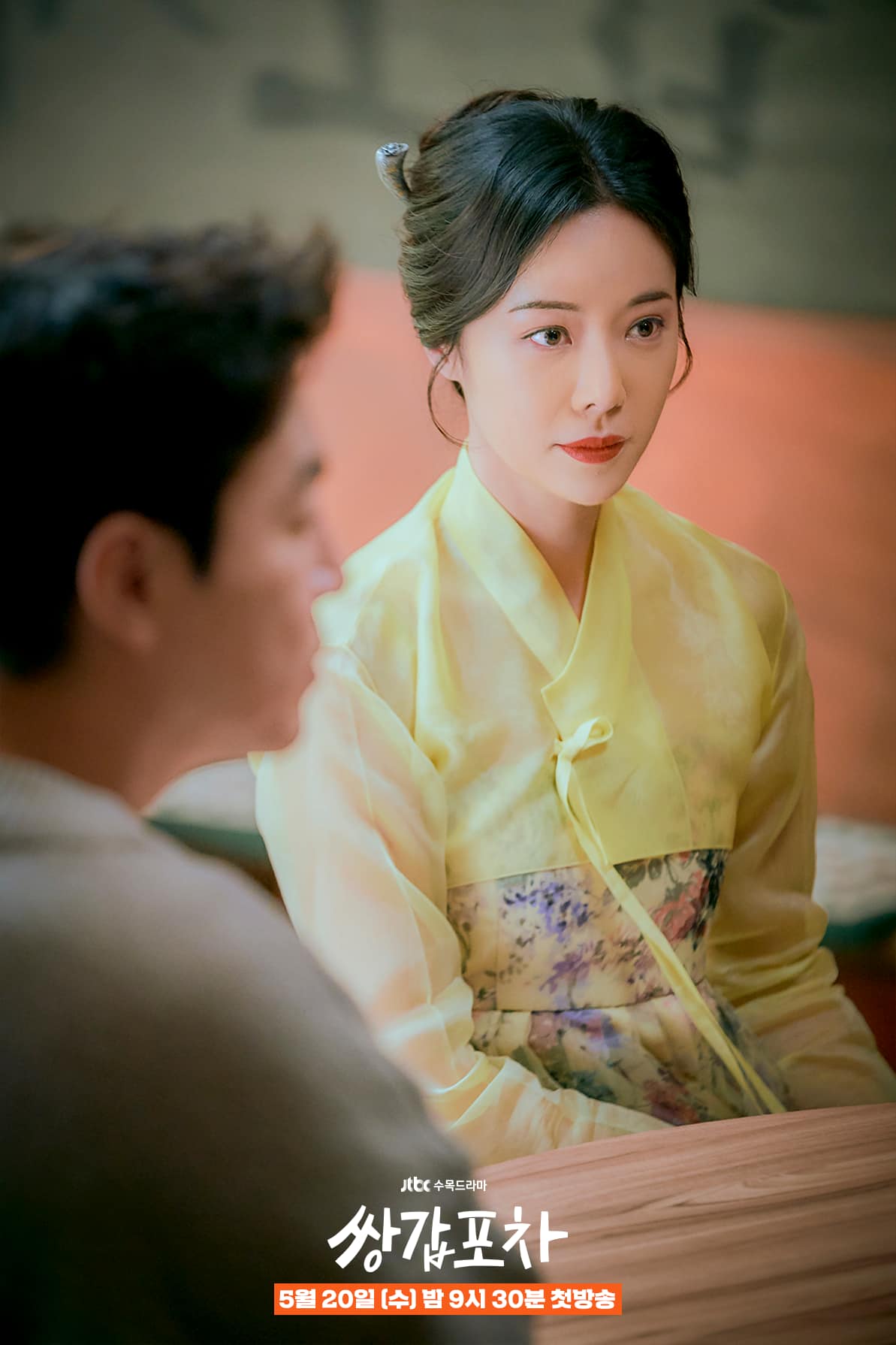 Yook Sungjae, who is making his first drama appearance in three years, introduced his character Han Kang Bae as “a pure soul.” Han Kang Bae has the special ability to make people spill their secrets just by touching them. Knowing this, he avoids direct touch while remaining friendly, spreading warmth and comfort to customers and viewers alike.

Yook Sungjae shared that the reason he fell for this unique character was “Kang Bae’s personality of listening and relating well to others’ stories.” He continued, “Since he had been hurt from such a young age due to his special ability, he is unable to just look past the hardships of others.”

Another reason he chose this drama was for its message, explaining, “I hope it will be of at least a bit of comfort to anyone who has ever experienced injustice.”

To better portray Kang Bae’s unique ability, Yook Sungjae shared, “I tried to avoid direct contact with people in my own everyday life and behaved more carefully. Even while filming, I was cautious of any direct contact that could occur naturally and I paid close attention to all of Kang Bae’s hand movements when monitoring.”

Lastly, Yook Sungjae commented, “‘Mystic Pop-Up Bar’ has many scenarios that viewers will be able to relate to. I hope those who have experienced similar situations will receive at least a little bit of comfort.” He also picked Kang Bae’s comfort and healing as one of the drama’s focal points, explaining, “To those who are tired of being bossed around, if you have a drink at our pojangmacha and fall asleep, we will take care of the rest. I hope this drama becomes a source of warm comfort at the end of an exhausting day.” 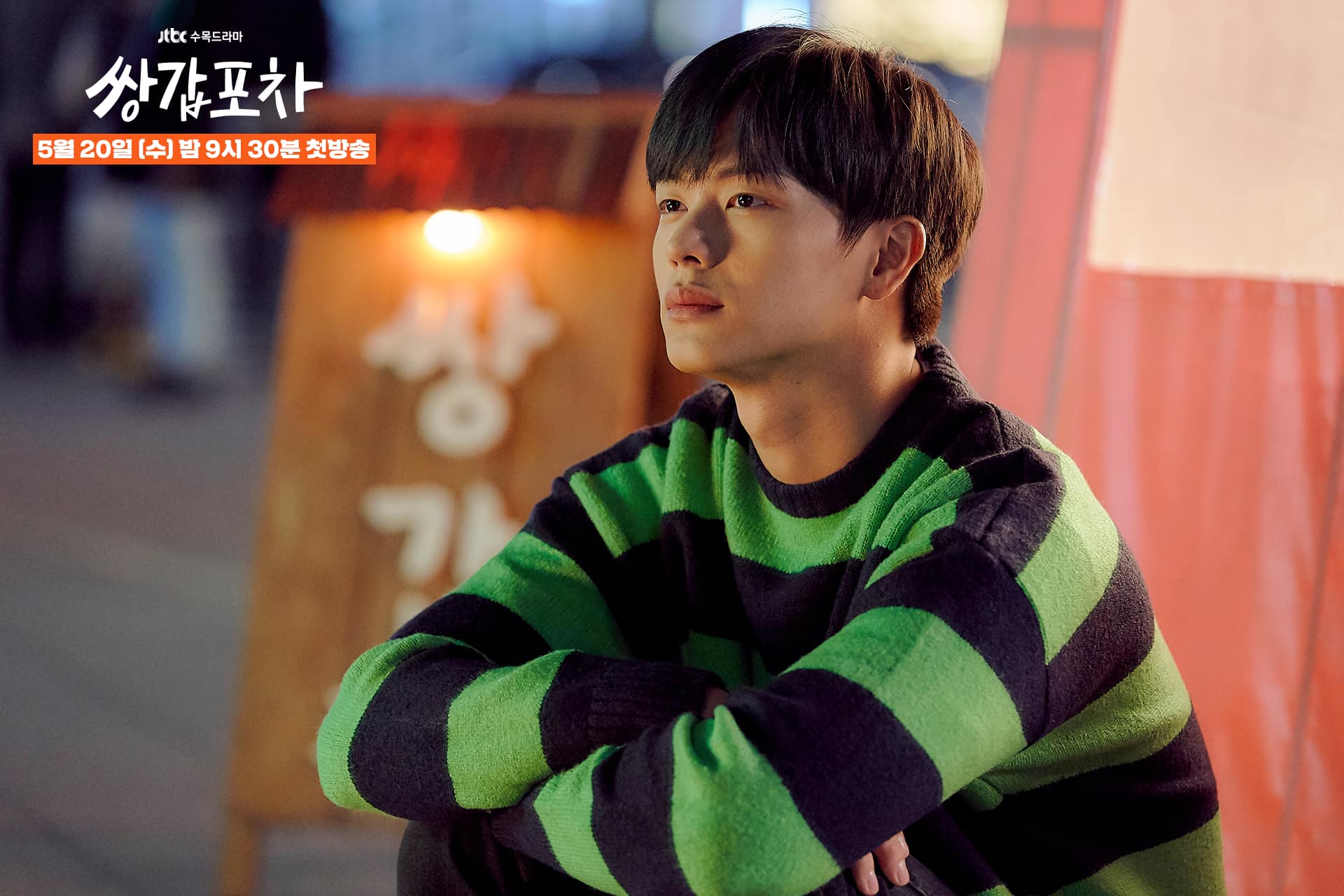 Or catch Yook Sungjae in his last drama “Goblin” with English subtitles below!