“Road To Kingdom” Has Begun: Check Out The 1st Episode’s Rankings, Rules For Eliminations And Advancing To “Kingdom,” Performances, And More

“Road to Kingdom” has now officially kicked off with its much-anticipated premiere!

On April 30, the new Mnet competition show began with an episode that featured the seven boy groups meeting each other and showing off their skills through 90-second performances. The groups taking part in this show are PENTAGON, ONF, Golden Child, The Boyz, VERIVERY, ONEUS, and TOO. They’re all competing with the aim of winning an opportunity to appear on the the upcoming show “Kingdom.”

The “Road to Kingdom” premiere showed how the competitors found out who they’d be battling when the groups entered the studio one by one. The Boyz entered first, and they said, “We hope that not only our fans but also the general public will remember our name.” They added, “We’re very determined. We have to do well today.”

VERIVERY was up next to join, and they said, “We think that since we’re rookies, we still have a lot to prove. We’re going to show the passion of rookies.”

ONEUS, who has been performing around the world such as on a U.S tour and Japan concert, said, “We hope that this will be an opportunity for us to carve a space for ONEUS in Korea too.” 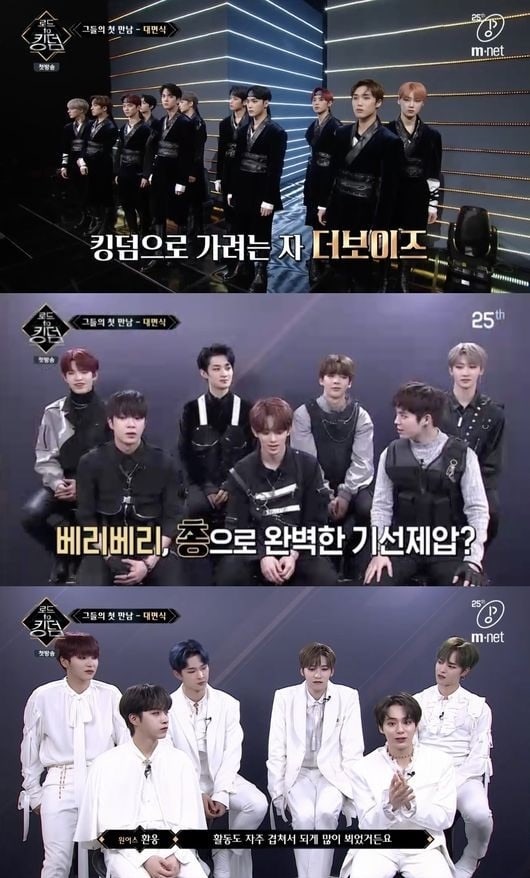 Golden Child shared, “We want to show all our different charming qualities through more varied concepts and our singing and choreography. We hope you’ll look forward to seeing what kind of image we’ll have that will earn us the crown.”

ONF joined next and they said, “We’re appearing on the show because we want to show new performances and ONF’s story charm.” 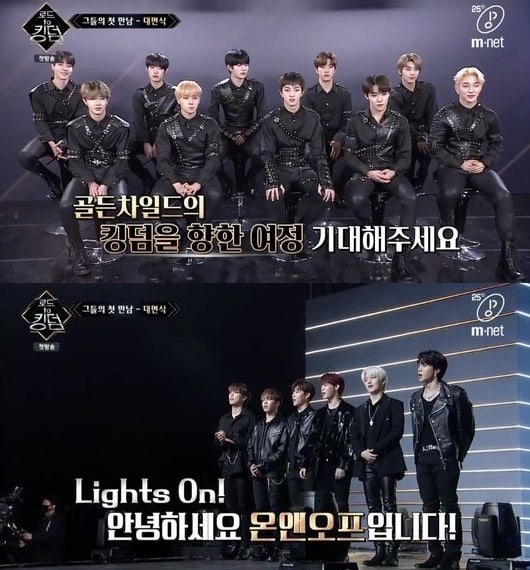 Rookie group TOO, who debuted this April, entered and said, “We’re coming on the show with the mindset that we have nothing to lose. We want to quickly show who we are.”

PENTAGON, who is the most senior of all the groups, entered last and the other teams all stood up for them. PENTAGON had been chosen by most of the other teams as the group they most wanted to avoid. PENTAGON said, “We’ve used all our unique charms, our know-how, and all of our ideas and we want to show that we’re a group with an energy and eagerness that will make people say, ‘Wow, that was crazy.’ We’re feeling confident.”

Later on in the show, PENTAGON also talked about why they’d decided to join the competition. Jinho admitted to his fellow members with a laugh, “To be honest, I’m really desperate.”

Kino added, “There was a change to our number of members and there was also a time when we were the subject of rumors. There were many times when we felt discouraged.” Jinho said, “We think of this as us taking the opportunity to resolve those things, so I think our mindset for this competition is very different.” 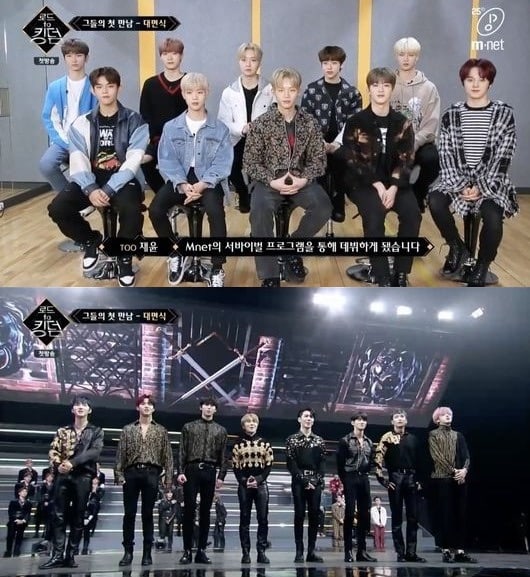 “Road to Kingdom” hosts Lee Da Hee and Jang Sung Kyu then shared how the show’s format will be different than last year’s “Queendom.” The groups will be competing in four rounds, however unlike in “Queendom,” two groups will be eliminated during the show.

In addition, the winner of “Road to Kingdom” will earn a spot on the show “Kingdom.” The winner will be the group that has the highest cumulative score from the first, second, third, and finale rounds.

Another team could also win the opportunity to compete on “Kingdom.” The group that gets the highest score in just the live finale will have the chance to head to “Kingdom” too.

However, if it happens that the group who had the highest cumulative score from all the rounds also comes in first in the live finale, then only one group will be going to “Kingdom.”

After the rules were announced, the teams each took to the stage to showcase their talents with 90-second performances.

After they each had the chance to show what they’ve got, the groups voted to determine their initial rankings (without being able to vote for their own team).

Check out the rankings the groups determined below: 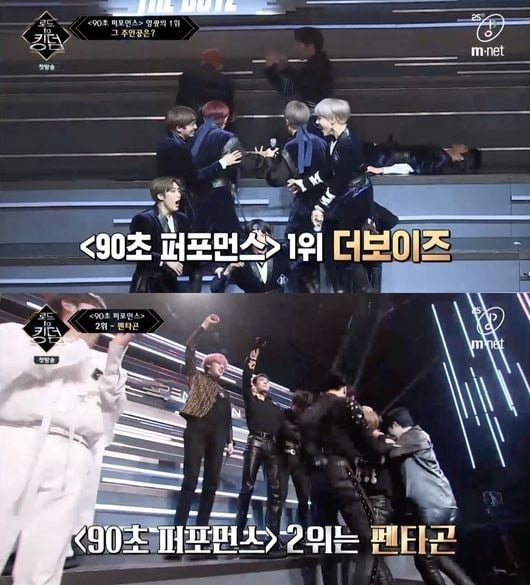 Finally, the hosts announced that the contestants will next be preparing for their first round of competitions, which will have the theme “Song of King” as the groups will be performing tracks by senior artists.

What do you think of “Road to Kingdom” so far?