Jin Se Yeon and Jang Ki Yong’s characters are getting closer in the next episode of “Born Again”!

On May 5, KBS 2TV released new stills from the Monday-Tuesday drama. The mystery melodrama revolves around protagonists Chun Jong Bum (played by Jang Ki Yong), Jung Sa Bin (played by Jin Se Yeon), and Kim Soo Hyuk (played by Lee Soo Hyuk), whose fates were entangled in their past lives from the 1980s. The three characters end up in a tense love triangle in the present day.

While Chun Jong Bum and Jung Sa Bin had started off with a teacher-student relationship, in the May 4 episode they began to get closer. Chun Jong Bum, who has been straightforward about his feelings for Jung Sa Bin since the start, gave her a necklace and it was obvious how deeply he cherishes her.

Meanwhile, detective Kim Soo Hyuk hasn’t let his guard down about Chun Jong Bum and wasn’t pleased to see him together with Jung Sa Bin. Viewers are on the edges of their seats now to find out how this love triangle will play out while being tangled up with the mysterious incidents.

From looking at the new stills, it seems that the love triangle is about to get even more complicated. Chun Jong Bum and Jung Sa Bin stand together alone in a rooftop apartment, and it’s clear that there’s something in the air between them. Jung Sa Bin places her hand gently and carefully on Chun Jong Bum’s chest, making fans’ hearts flutter. 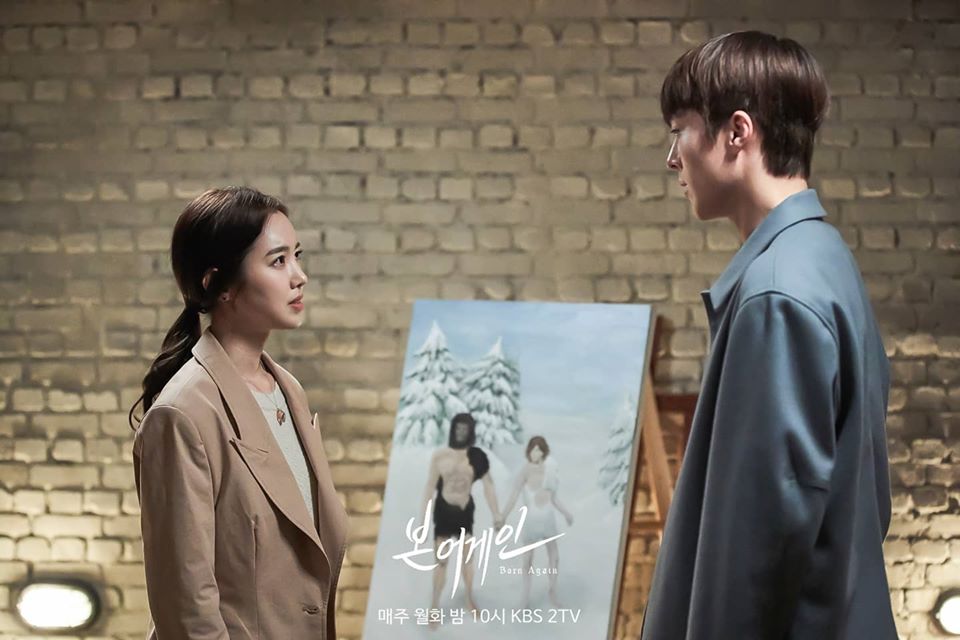 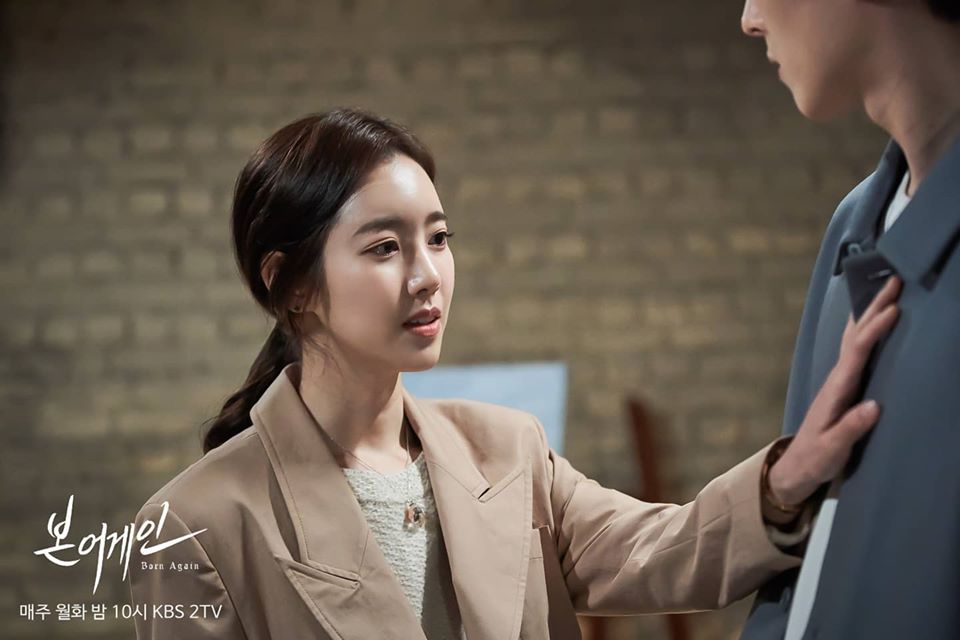 Chun Jong Bum has never been treated warmly by someone, not even at home, and viewers are curious to see how he feels about her kind and warm gesture and whether she might end up changing the life of Chun Jong Bum, a man who’s known as emotionless and cold. 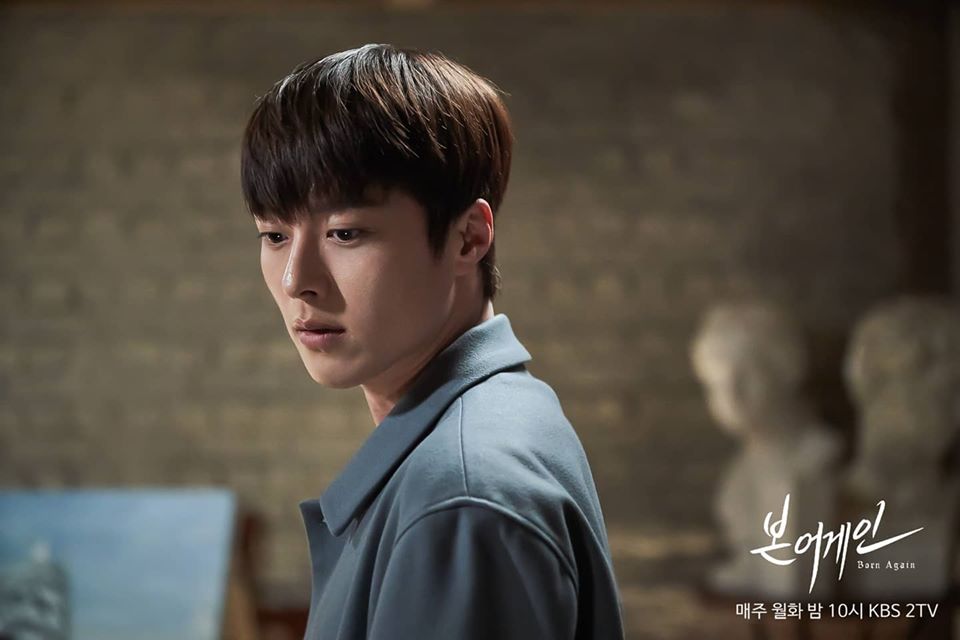 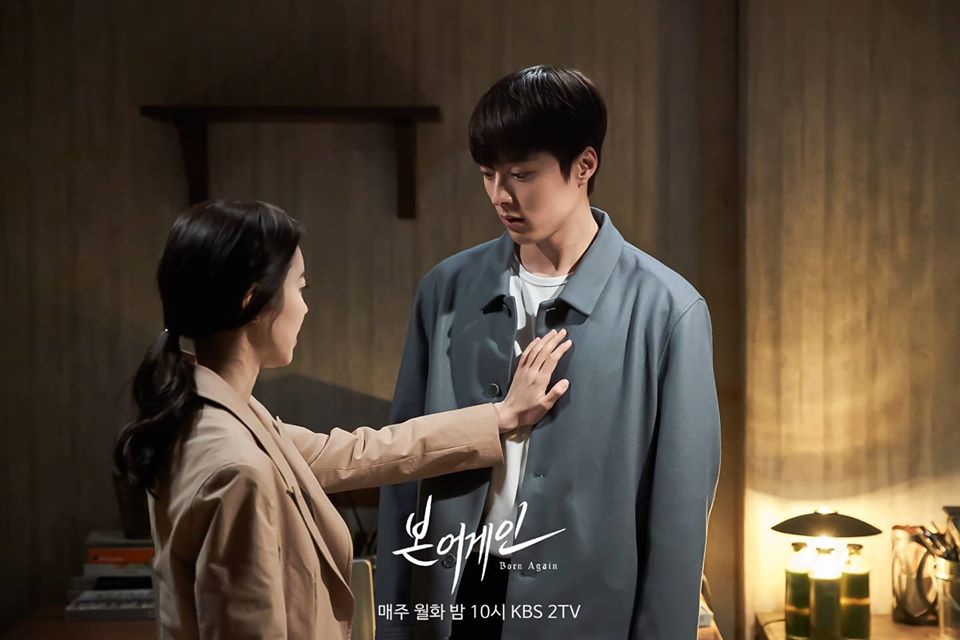 Considering that there also seems to be something going on between Kim Soo Hyuk and Jung Sa Bin, who bicker every time they meet but appear to be drawn to each other, there’s much anticipation about how this love triangle will play out.

Catch up with “Born Again” below!