“The King: Eternal Monarch” has been swept up in another controversy.

The drama features two parallel universes: one with a democracy that is similar to modern-day Korea and one that is an alternative universe in which Korea is an empire ruled by a monarch. Emperor Lee Gon (Lee Min Ho) and detective Jung Tae Eul (Kim Go Eun) work together to protect the ones they love and close the portal between the two worlds.

Another controversy erupted over episode 6, which contained a naval battle scene between the Korean Empire and Japan. It was pointed out that the Japanese warships with Japanese flags were similar in design to current Korean warships.

This controversy can be better understood in the context of the long history of conflict between Korea and Japan. Modern-day negative sentiments about the country are often tied to Japan making Korea its imperial colony in 1910, which led to further issues such as Japan’s use of Koreans as forced laborers and “comfort women” (sexual slaves) during World War II. A recent trade dispute between the two countries has also heightened animosity between the nations. Apparent depictions of even a fictional Korean history that appears to have been influenced by Japanese tradition has therefore become a controversy. 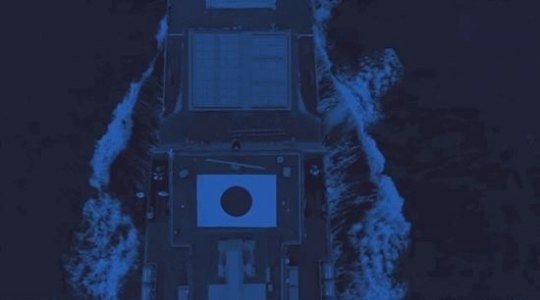 On May 6, “The King: Eternal Monarch” released a statement from producing director (PD) Baek Sang Hoon that reads as follows:

This is Baek Sang Hoon, the PD of “The King: Eternal Monarch.”

There has been a lot of criticism over episode 6 that aired on May 2 because of a naval battle scene between the fictional Korean Empire and Japan. The criticism is about the similarity between the Japanese battleships that were edited using 3D modeling and CGI and the currently existing Korean battleships.

First of all, we were planning to film the scene in Korea around mid-January and use open source reference materials. We prepared to film the materials needed for CGI effects in the Japanese part overseas at the end of January, and we planned to purchase materials and use 3D editing for the incomplete parts.

However, due to COVID-19, it became impossible to shoot overseas, and the prolonged COVID-19 situation made it impossible to shoot domestically as well. In the end, we resorted to using scenes that focus on the actors as well as open source resources, paid video reference materials, and 3D editing.

However, because I am not an expert [in warships], I did not recognize the specific characteristics of warships that look similar to each other, and even though I should have checked every detail of the actual data, I made the mistake of choosing the data mainly based on the storyboard.

Even though we were dealing with a conflict between a fictional Korean Empire and Japan, we were still complacent and should have let experts supervise the content to prevent possible errors in advance.

I sincerely apologize for causing discomfort to the viewers due to my desire in wanting to make up for the incomplete parts using the current situation and lack of time as an excuse as well as my complacency of not checking every detail even though I should have.

In the future, as a citizen who understands our nation’s history, I promise to pay careful attention to all details. Once again, I apologize.

I also promise to revise the controversial scenes in which [the Japanese warships] look similar to Korean warships as soon as possible so that viewers do not feel uncomfortable watching re-runs and VOD content domestically and abroad.

The King: Eternal Monarch
How does this article make you feel?