Fans of “The World of the Married” got a glimpse of the actors’ chemistry on set!

On May 7, “The World of the Married” released new behind-the-scenes photos.

The JTBC drama recently set a new record for the highest viewership ratings ever achieved by any drama in Korean cable network history. Although the actors portray complex characters with unresolved issues in the drama, they are actually close friends in real life!

In the photos, the actors exhibit passionate acting on camera. Yet, when the camera is off, the atmosphere is amicable, and they pose together with friendly smiles. Kim Hee Ae, who flawlessly depicts her character’s inner dilemma, smiles brightly at her co-stars, and Park Hae Joon, who is very different from his dark character, poses for the camera with a warm smile. Kim Young Min also brightens the set with his playful nature.

Han So Hee and Shim Eun Woo showcase warm friendship in real life, and Jeon Jin Seo and Lee Moo Saeng exchange opinions before the shoot. Lee Hak Joo passionately acts out his final scene, while Choi Gook Hee sincerely monitors her own acting. The cast’s meticulous acting is one of the reasons why the viewers are able to immerse into the dramatic plot. 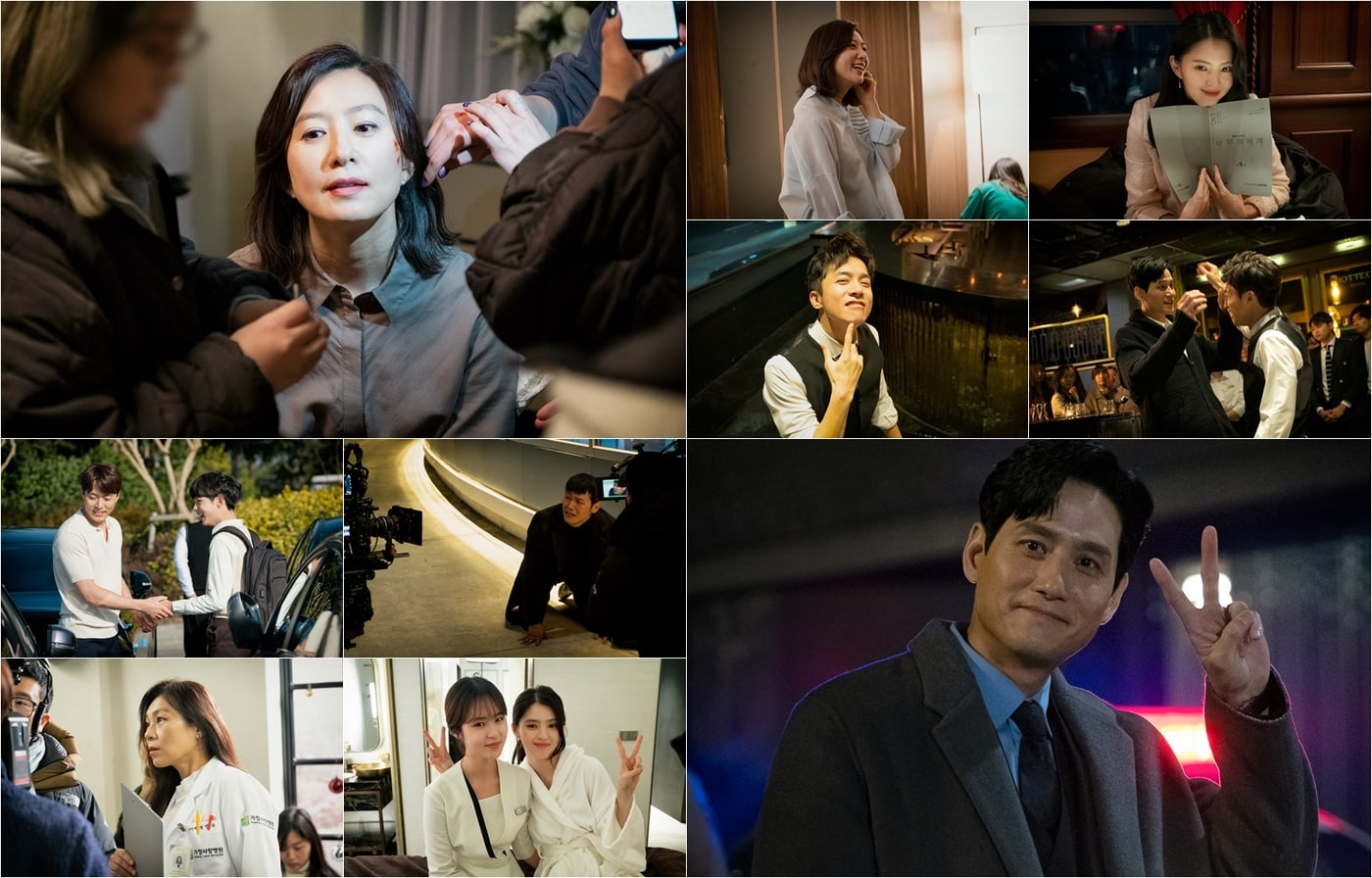 The production team shared, “The actors are portraying the great amplitude of change with fine details. We are constantly admiring their ability to depict explosive emotions as well as the subtle flow and changes. Ji Sun Woo (Kim Hee Ae), Lee Tae Oh (Park Hae Joon), and Yeo Da Kyung (Han So Hee) have come to a new phase of change. Please pay attention to where their unending relationships will head. Their complex emotions and relationships will be fully drawn out in the remaining four episodes.”