B.A.P’s Jongup Talks About Making His Solo Debut, Signing With A New Agency, And More

On May 7, Jongup held a showcase to mark the release of his first solo album, “Headache.”

Jongup debuted in 2012 with the group B.A.P. In 2019, he parted ways with TS Entertainment and signed with The Groove Company.

At the showcase, Jongup said, “When I promoted as part of a team, I would share the pressure of appearing on stage with the others, but now I have to do it alone. I have to participate in every aspect of the performance and overcome the pressure alone, so I think I learned a lot through the preparation of this album. This is my first official solo debut. Thank you to the fans who waited for me. This is my first step as Moon Jongup, so please continue to send me your love so that I can continue to walk this path.”

About his new agency, he said, “Things ended well with my previous agency and I’ve met a new agency that I could discuss various things with as I prepared for my album. This is the first time we’ve worked together, so we worked hard to prepare an album that everyone could love.”

About the title track of his album, “Headache,” he said, “It’s about the headache feeling you get when you think constantly about someone you have a crush on. It’s a song that you can listen to comfortably.”

He continued, “B.A.P had a very strong image, so I did my best to match that, but my solo album is closer to my natural image. I am working to show everything that I know I can do well. I had no time to meet up while I was preparing for the album, but the members sent me their support through texts and social media. They gave me the strength to work harder.” 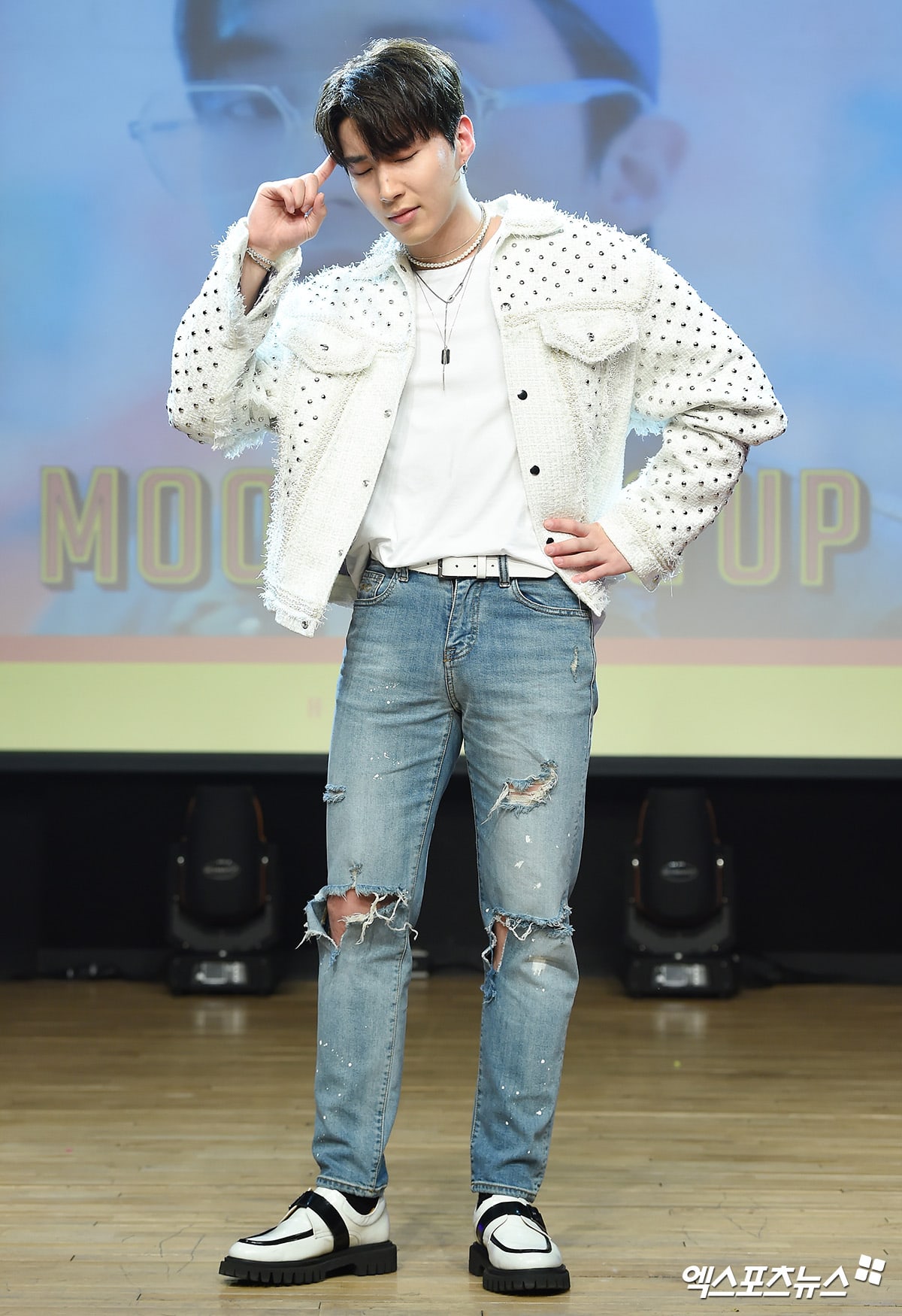 Check out the MV for Jongup’s solo debut “Headache” here!

B.A.P
Jongup
XPN
How does this article make you feel?