tvN’s upcoming drama “It’s Okay to Not Be Okay” has shared photos from its first table read!

Described as a “healing romance that resembles a storybook fantasy,” “It’s Okay to Not Be Okay” will tell the story of a community health worker at a psychiatric ward who doesn’t have time for love and a storybook writer who has never known love. After meeting one another, the two slowly begin to heal each other’s emotional wounds.

Director Park Shin Woo kicked off the table read by declaring, “For this drama, I will do my utmost to help each of the actors be able to bring his or her character to life freely and creatively. I’d like it to be a drama that we all create together.”

According to those present at the reading, Kim Soo Hyun impressed everyone with his understated performance as the lonely protagonist Moon Kang Tae, who became the breadwinner of his family at an early age after he and his brother lost their parents. Leading lady Seo Ye Ji also reportedly captivated everyone with her convincing transformation into Go Moon Young, a successful children’s book author who suffers from antisocial personality disorder. 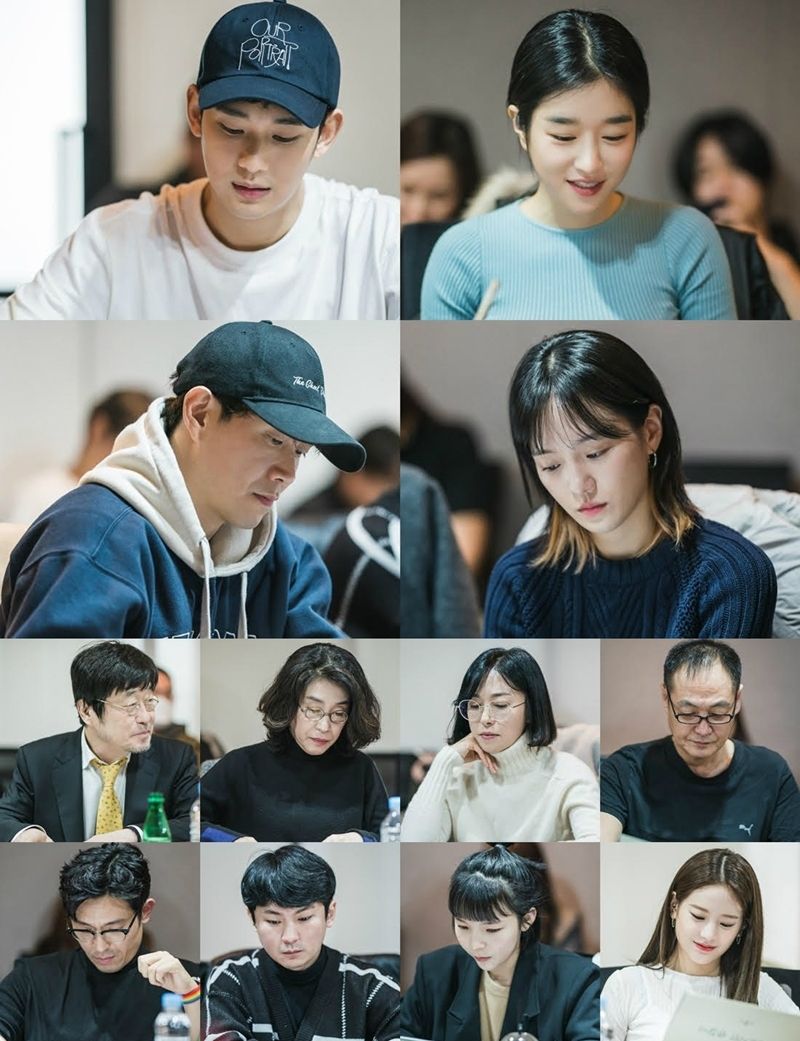 The producers of “It’s Okay to Not Be Okay” commented, “It was a script reading filled with laughter and heart-fluttering romantic tension, due to the great acting of the cast, who fully played up the charms of their eccentric characters. All of the cast and crew are working hard on filming, so please show a lot of anticipation for the drama.”

“It’s Okay to Not Be Okay” is currently scheduled to premiere in June, following the conclusion of tvN’s new drama “When My Love Blooms.”

In the meantime, check out the new behind-the-scenes clip from the script reading below!