On May 8, a press conference for the spin-off of tvN’s “Three Meals A Day” was livestreamed on PD Na Young Suk’s YouTube channel Fullmoon featuring the PD and the four SECHSKIES members.

A follow-up to the “Mapo Hipster” series, this new variety program is the first of the PD’s mission “keeping promises made in lieu of a trip to the moon” after he made a promise to send Eun Ji Won and Lee Soo Geun to the moon and retracted the statement after quickly reaching this goal.

It was previously announced that this project will star Eun Ji Won, who wanted to bring on his fellow SECHSKIES members to travel and cook for themselves.

Telling the story of how the idea for this new program came about, Na Young Suk said, “I had originally planned to make ‘Home Alone My Ugly Duckling Ji Won,’ but I can’t infringe on the copyright of large networks.” Eun Ji Won replied, “The PD of the program actually asked me to appear on the show rather than use the name of the program.” 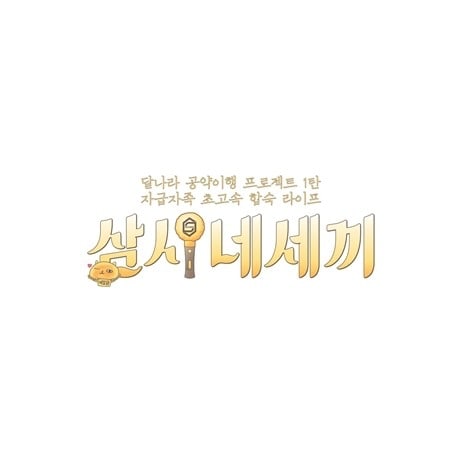 SECHSKIES is a unique group that has never lived in a dorm together despite being 23 years into their career. The four members revealed they have never spent over three nights and four days together in one space, making this new variety show SECHSKIES’s first time living together.

The PD expressed excitement about the program, while Eun Ji Won voiced his concerns about the members’ cooking skills. The SECHSKIES leader said, “Lee Jae Jin is someone who made dumpling soup in a rice cooker,” and Lee Jae Jin confidently replied, “I can make everything. I can even make a meal with eight side dishes.”

At the end of the broadcast, PD Na Young Suk pulled out a contract from 2008 that was written during his time on “2 Days & 1 Night.” The contract included hilarious clauses such as promises that Eun Ji Won would be paid twice a year for his appearance fee for the next 50 years, his photo would be used for his funeral and other events after his death, and that all portrait rights and copyright would be in the hands of the staff of “2 Days & 1 Night” for three generations. The contract had been signed by the SECHSKIES members, and they were shocked to find this out.

Na Young Suk explained, “We gave the members drinks and then naturally got their signatures.” 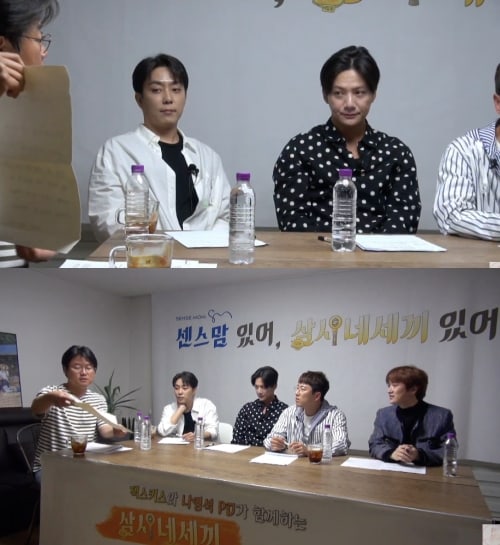 He then revealed the back of the contract which stated that filming would begin at midnight on May 9, which meant that the group would be living and filming together immediately after the live broadcast. The SECHSKIES members frantically asked questions about the location and rules.

When Lee Jae Jin said, “I need to bring a portable battery,” the PD replied, “I’m going to take away your phone anyway.” Eun Ji Won quickly caught on, adding, “I was wondering why the opening was so late today,” and SECHSKIES was successfully kidnapped by PD Na Young Suk. 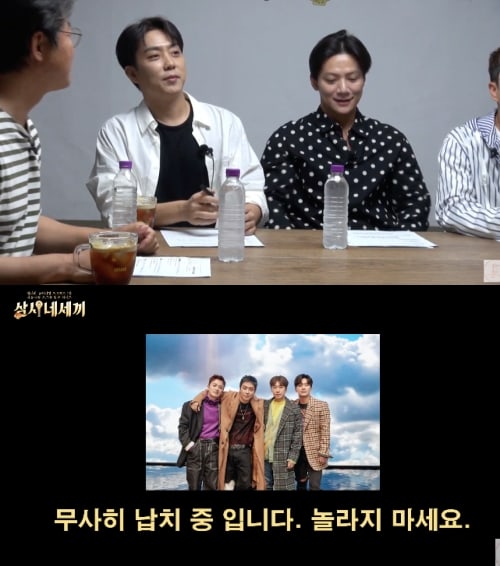 This new program will air on May 15 at 10:50 p.m. KST, and the full episode will be revealed five minutes after the broadcast on PD Na Young Suk’s YouTube channel.

Na Young Suk
SECHSKIES
How does this article make you feel?