“Sweet Munchies” is a new romantic comedy about a love triangle in which a man and woman fight over the same man. Jung Il Woo will be starring as celebrity chef Park Jin Sung, while former KARA member Kang Ji Young will be starring as variety show producing director (PD) Kim Ah Jin. “The World of the Married” star Lee Hak Joo will also be appearing in the drama as Kang Tae Wan, a successful designer.

The newly released clip begins with Jung Il Woo introducing his character, describing Park Jin Sung as a “healing chef who can even cook up feelings for other people’s hearts.” He goes on to explain, “[In the drama], I run a bistro, and my character will embark on a sweet romance with leading lady Kang Ji Young while hiding an extraordinary secret together.”

Kang Ji Young introduces her character Kim Ah Jin as “fierily passionate” and an “eccentric, unpredictable career woman.” While describing his own character, Lee Hak Joo remarks, “Although he succeeded at a young age as a designer and, on the outside, seems perfect to other people, Kang Tae Won has his own pain and sadness deep inside that no one knows about, because he actively hides it from other people.”

As the video shows footage of the three stars posing together during the shoot, Lee Hak Joo recalls in voice-over, “This was my first time posing for a poster, and I found it more nerve-racking and difficult than acting. So I learned a lot from Jung Il Woo and Kang Ji Young during the shoot. It was fun.” 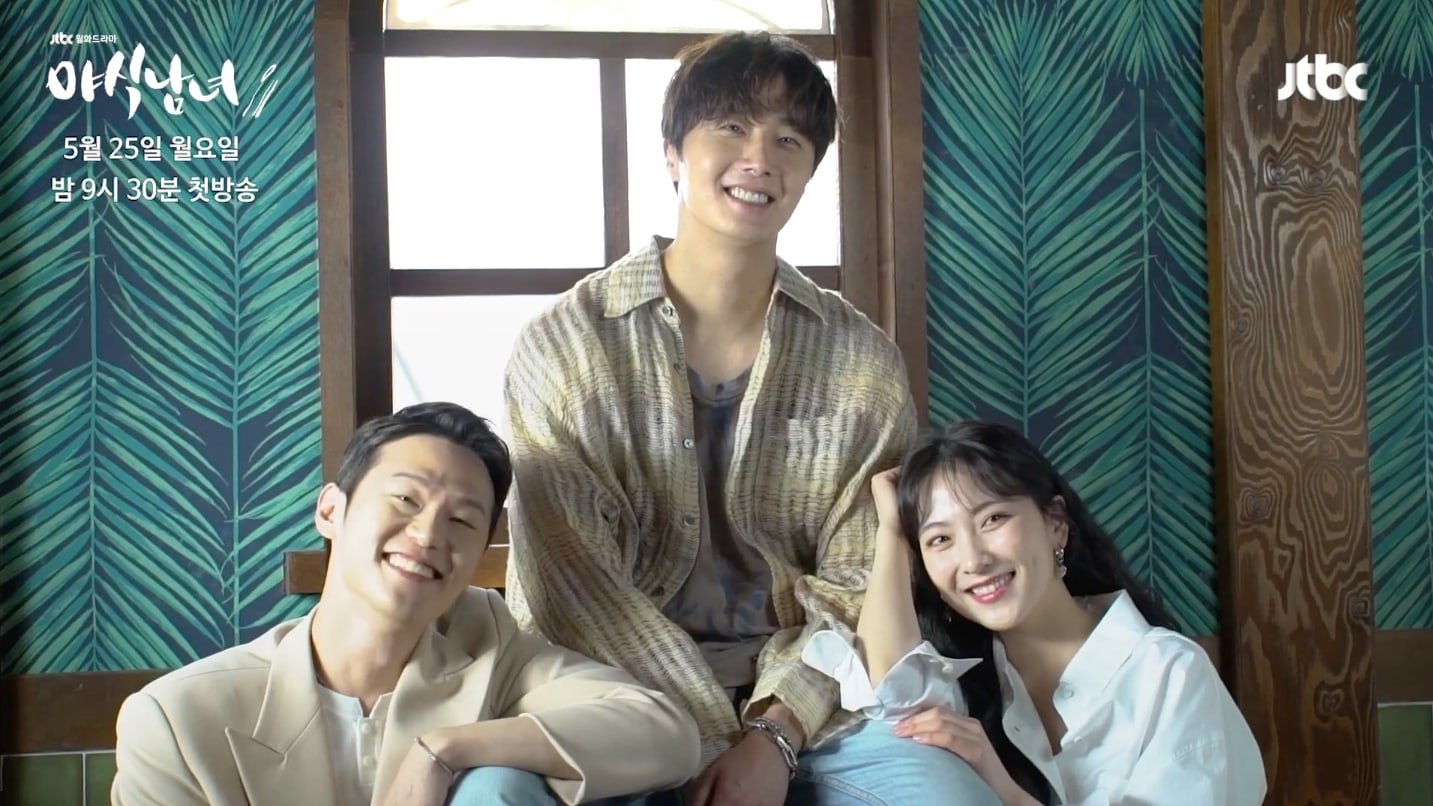 Kang Ji Young adds, “The main focus of our drama ‘Sweet Munchies’ is cooking. I think it’s a drama that can really provide healing through delicious cooking and fun stories at the end of an exhausting day.”

While posing for a poster that involves food, Jung Il Woo’s playful antics repeatedly crack Kang Ji Young up, leading her to laugh, “Don’t look at me at all!” Jung Il Woo jokingly fires back, “I’m not looking at you!” The two co-stars then giggle together as they proceed with the shoot.

Finally, Jung Il Woo wraps up the video by commenting, “Our drama ‘Sweet Munchies’ is like a late-night snack that can sate your hunger and empty heart at the end of a tiring day. We’ll be greeting you with delicious late-night snacks, unique romance, and incredibly relatable stories, so please look forward to it.”

“Sweet Munchies” premieres on May 25 at 9:30 p.m. KST and will be available with English subtitles on Viki. In the meantime, check out the first teaser for the drama here, and watch the new behind-the-scenes clip below!