Based on a webtoon, “Dinner Mate” tells the love story of a man and a woman who have grown jaded about romance after experiencing painful heartbreak. Through eating dinner together, they eventually recover their ability to feel emotion and begin to find love over food.

Song Seung Heon will play Kim Hae Kyung, an intelligent psychiatrist and food psychologist who analyzes people by watching them eat. Seo Ji Hye will take on the role of web channel 2N BOX’s PD (producing director) Woo Do Hee, a whimsical and bright character who is popular among her peers.

On May 11, “Dinner Mate” released stills of Kim Hae Kyung and Woo Do Hee at a fancy restaurant. Kim Hae Kyung gazes at Woo Do Hee with interest, and she stares back with curiosity. This is described as the “luncheon effect,” which is when people who eat delicious food together become closer and sympathize with one another. It seems like that’s exactly how the two lead characters will start becoming involved in each other’s lives.

The two characters became dinner mates after a coincidental meeting, and they will continue meeting for delicious meals as “close strangers” while maintaining a reasonable distance from each other. Although they don’t know each other’s names or ages, they are expected to increase excitement with the possibility of developing a romantic relationship. 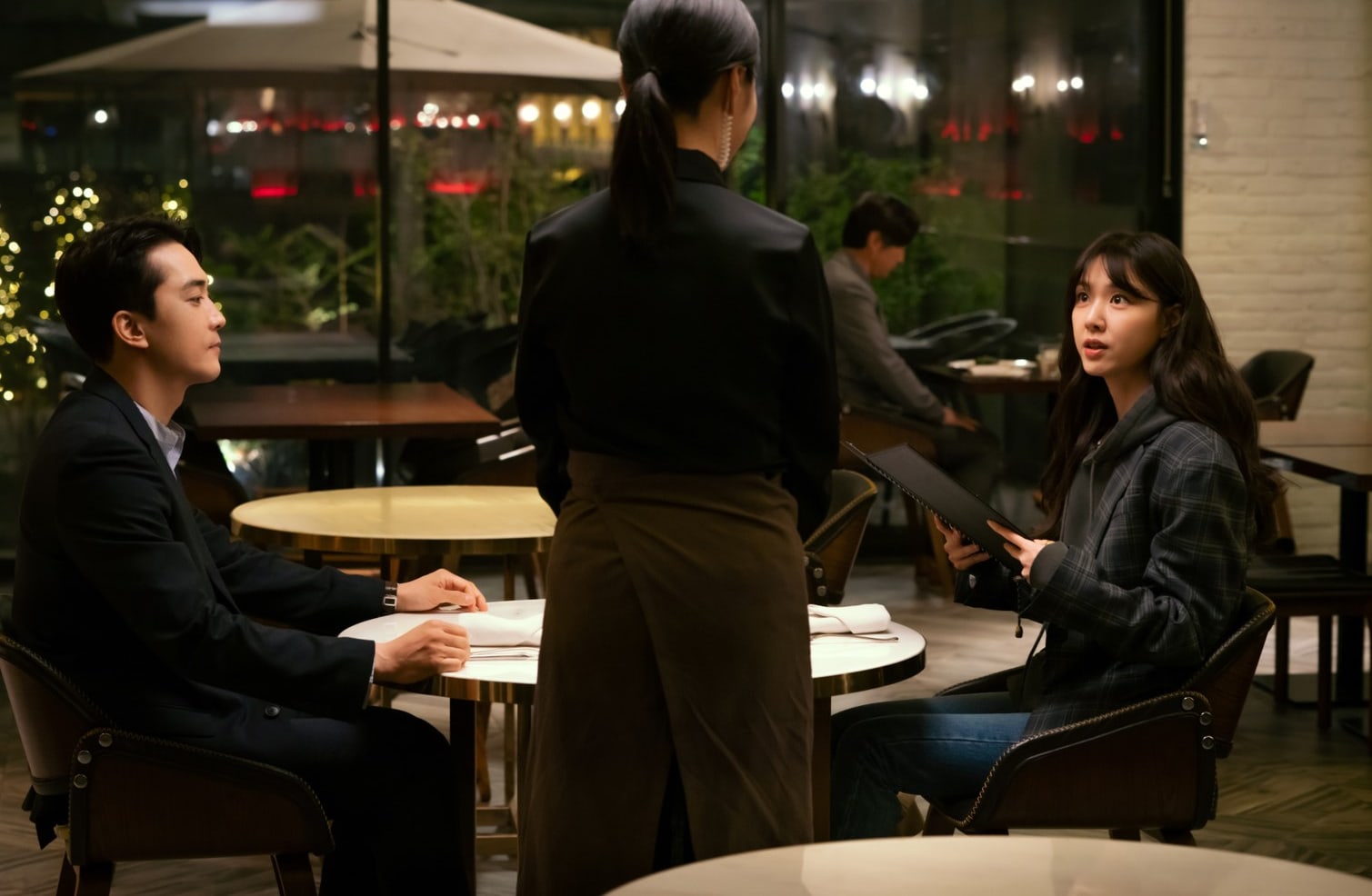