Get ready for some dramatic changes in the relationships between the three protagonists of “Born Again”!

On the previous episode of the KBS drama, Jung Sa Bin (played by Jin Se Yeon) bravely saved Kim Soo Hyuk (played by Lee Soo Hyuk)’s life by throwing herself between him and an assailant wielding a knife. As Chun Jong Bum (played by Jang Ki Yong) looked on in horror, Jung Sa Bin was stabbed instead of Kim Soo Hyuk.

On May 14, “Born Again” unveiled new stills from its upcoming episode that hint at the changing dynamics between its three leads. As the injured Jung Sa Bin recovers in the hospital, Kim Soo Hyuk is unable to hide his emotion as he sits by her bedside and watches over her with a deeply concerned expression. Although the cold Kim Soo Hyuk had previously suppressed his feelings for Jung Sa Bin and rejected her due to his engagement, the sincerity in his gaze suggests that he may be slowly opening his heart to his rescuer. 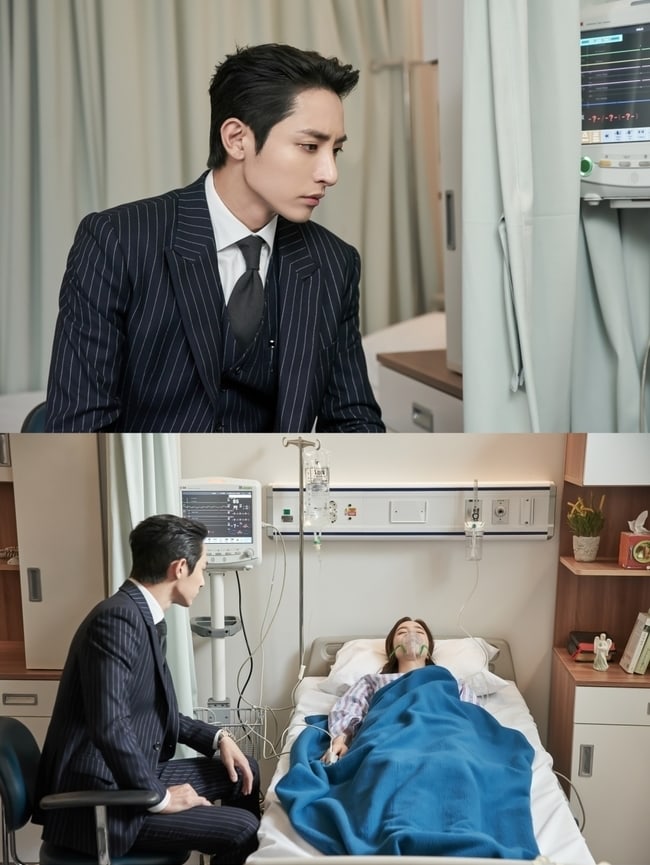 Meanwhile, the relationship between Chun Jong Bum and Jung Sa Bin appears to have taken a turn for the worse. In contrast to the warmth of the affection that was previously developing between the two, Jung Sa Bin is noticeably cold as she turns her gaze away from Chun Jong Bum in the hospital. Meanwhile, Chun Jong Bum looks genuinely hurt at the frosty demeanor of the woman he loves, raising the question of what could have caused such a sudden change in their dynamic. 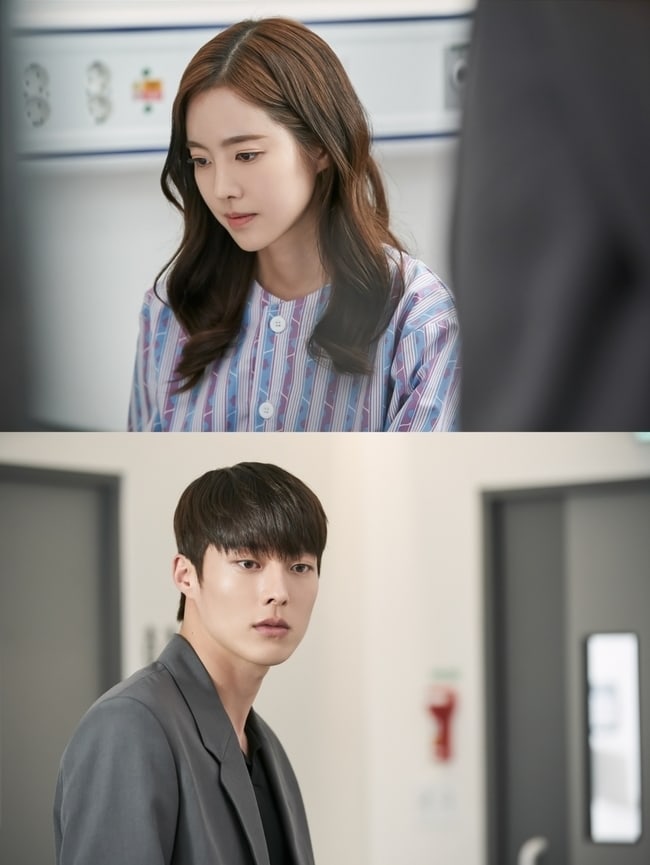 To find out how Jung Sa Bin’s brave sacrifice will change things between the three leads, who are currently entangled in a tense love triangle, tune in to the next episode of “Born Again” on May 18 at 10 p.m. KST!