Oh My Girl Shares Thoughts On Recent Success, Their Personalities, And More

On May 14, Oh My Girl appeared as guests on KBS CoolFM’s “Jung Eun Ji’s Music Plaza”!

The group released their seventh mini album on April 27 and scored their sixth win for their title track “Nonstop” before they went on the show (and went on to grab a seventh win later that day).

Radio host Apink’s Jung Eun Ji praised them, saying, “Your songs are amazing. They’re very charming. Your title track ‘Nonstop’ swept music charts, and the music video also topped the chart.” Hyojung replied, “It doesn’t feel real. This is the first time I’ve ever seen such an interest [in us]. I feel happy and excited because it’s unfamiliar.”

In a surprise call with comedian Park Myung Soo, he commented, “Despite the popularity of trot these days, Oh My Girl’s songs are shining through. I support you guys.” Seunghee, who previously starred in “Salty Tour” with him, shared, “He took really good care of me then. He felt comfortable like he was my dad, and I even fed him codfish. I miss him.” 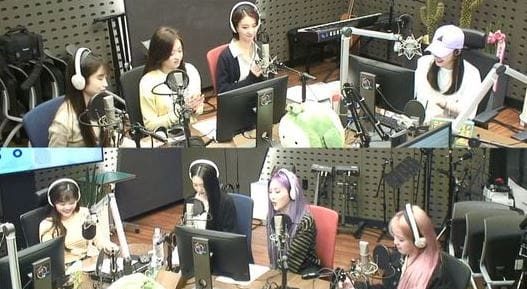 Oh My Girl voted for various titles in the group. As for the nicest member, they said it was everyone in the group. YooA explained, “We’ve been together for nearly six years, and we take good care of each other. I love the members because they’re all nice.” Arin added, “Mimi always takes good care of me. I’m older than her, but when I’m feeling down, she [cheers me up] with her playfulness, and I’m grateful for it.” 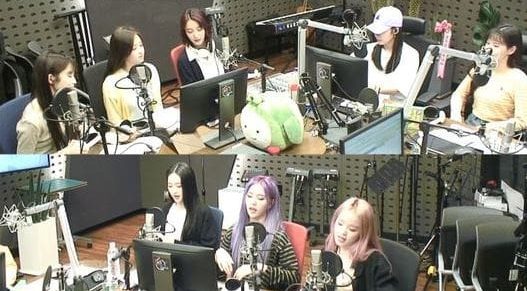 Regarding their promise to switch parts, Oh My Girl said they’re prepared to fulfill it anytime if they win first place this week. Jiho also responded to a comment left by Olivia Hussey, who previously shared she was a fan of the group, by saying, “Thank you. I like you.”

Oh My Girl is set to be part of the remote concert “Trip to K-Pop” that will take place on May 19, 20, and 21. The group will be performing on May 21 with KARD, Balming Tiger, Seo Samuel, and Martin Smith.

Oh My Girl
Jung Eun Ji's Music Plaza
How does this article make you feel?