NCT 127 has announced the indefinite postponement of the North American leg of their world tour.

Previously, NCT 127 announced that they would be holding their second world tour “Neo City: The Awards” starting June 2020. The stops for the North American tour included New York City, Atlanta, Chicago, San Jose, Los Angeles, and Seattle. However, due to ongoing concerns surrounding COVID-19, the tour will be indefinitely postponed until further notice.

Read the full statement from Dream Maker Entertainment below: 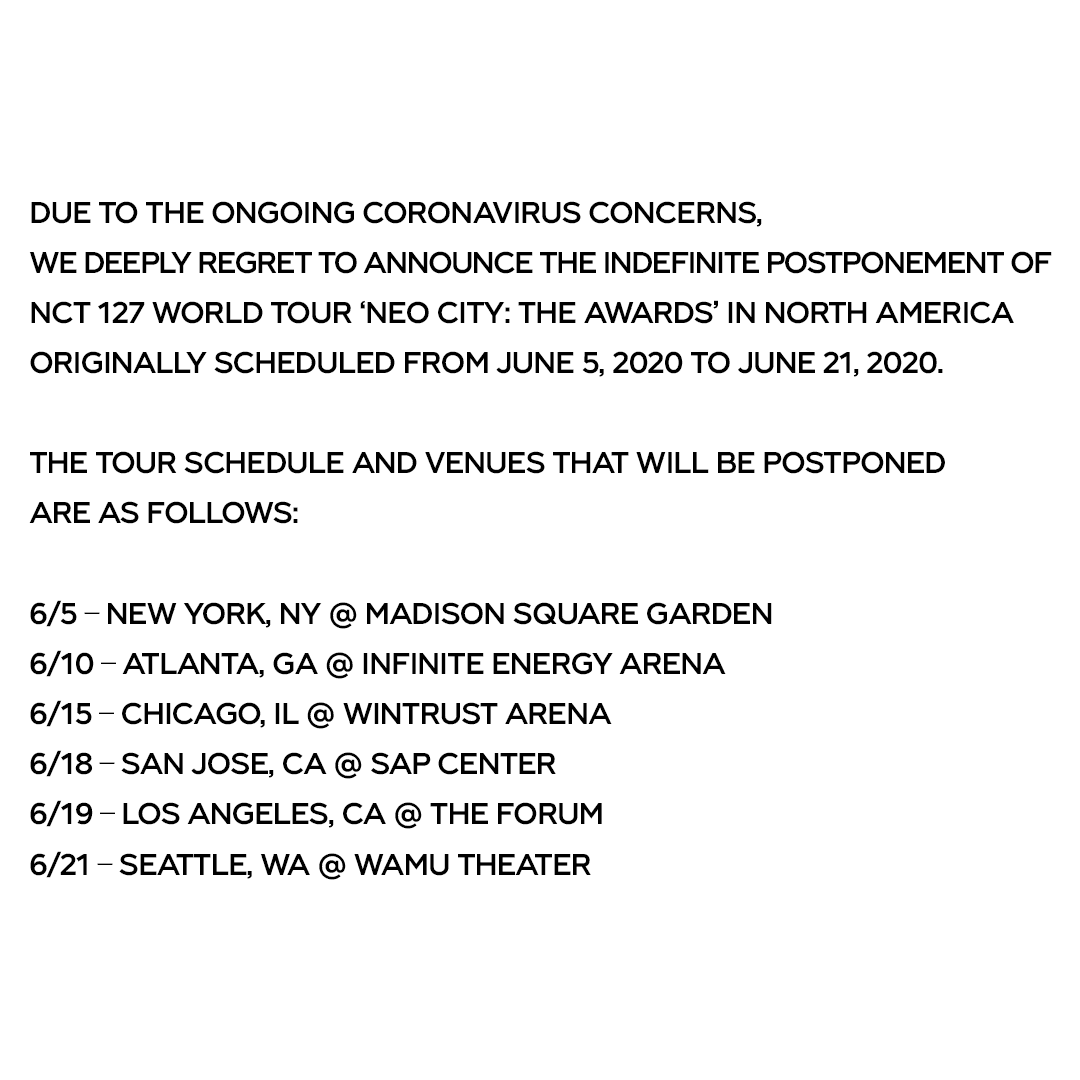 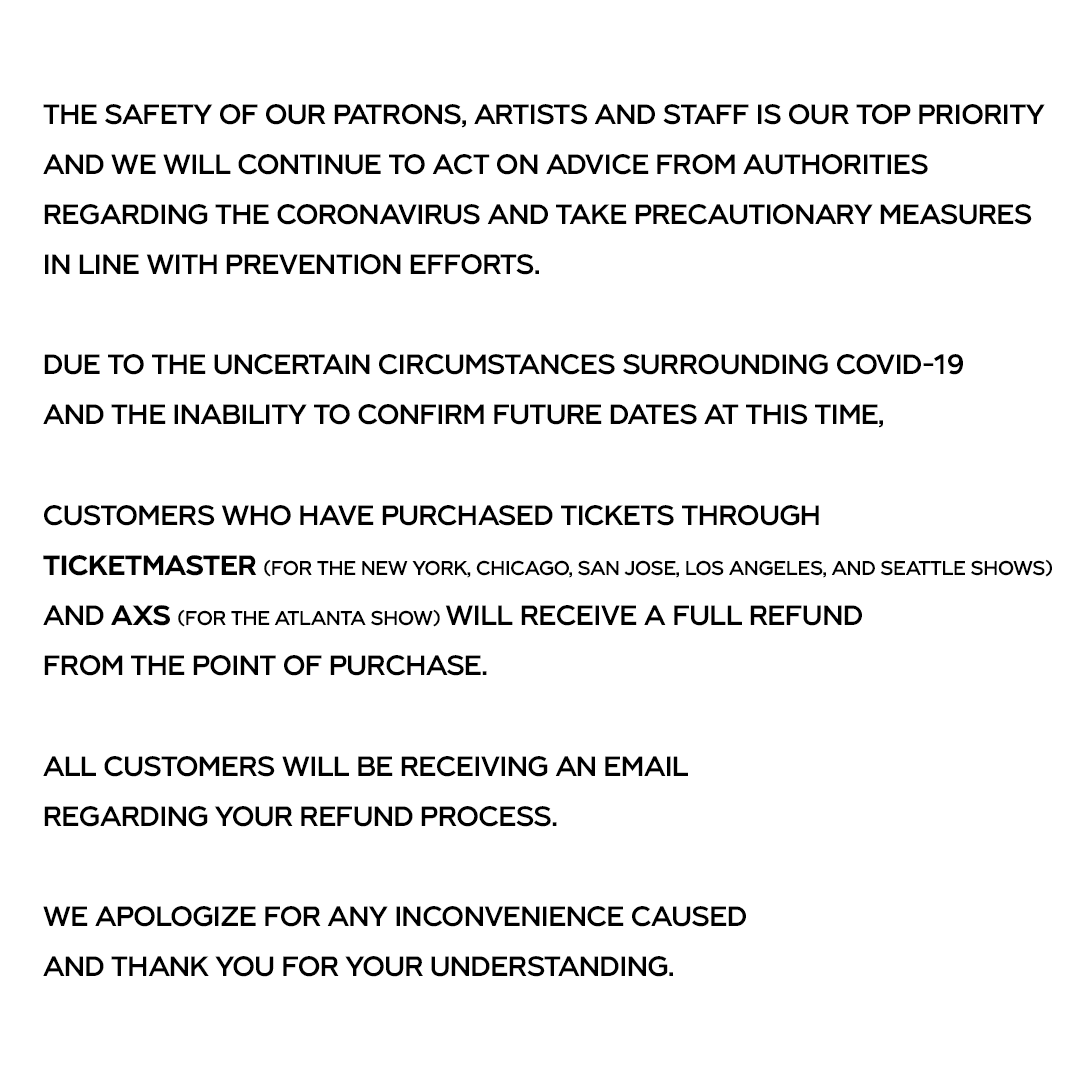 NCT 127 is currently gearing up to return with a repackage of their album “Neo Zone” titled “Neo Zone: The Final Round” on May 19 at 6 p.m. KST.