Block B’s Zico and Girl’s Day’s Minah appeared as guests on the latest episode of “Amazing Saturday” at the invitation of their respective bandmates P.O and Hyeri!

On the May 16 broadcast of the tvN variety show, MC Boom talked about how the members of both groups have spent many years together. He then asked Zico how P.O’s real personality compares to his persona on TV, and Zico playfully replied, “[P.O] normally has a lot of aegyo and is very cute in real life as well, but I think he emphasizes those strengths a little more [on TV].”

Zico jokingly continued, “His facial expressions are slightly excessive. He has that signature ‘I’m a good guy’ facial expression,” before imitating P.O and making the cast crack up in agreement.

Out of embarrassment, P.O made a cute sound and hid behind his coat, leading everyone to confirm that this was the exact kind of excessive behavior they were talking about. 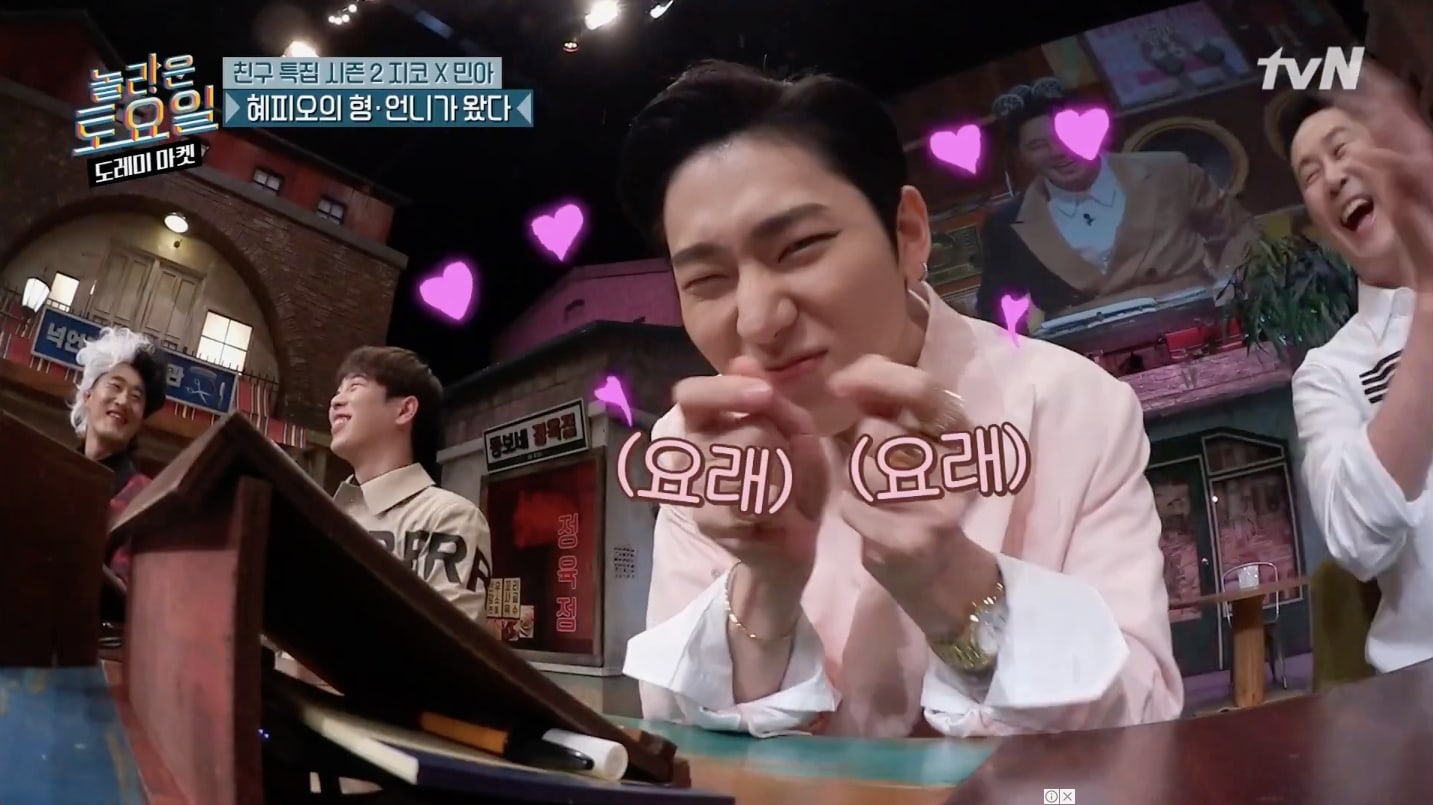 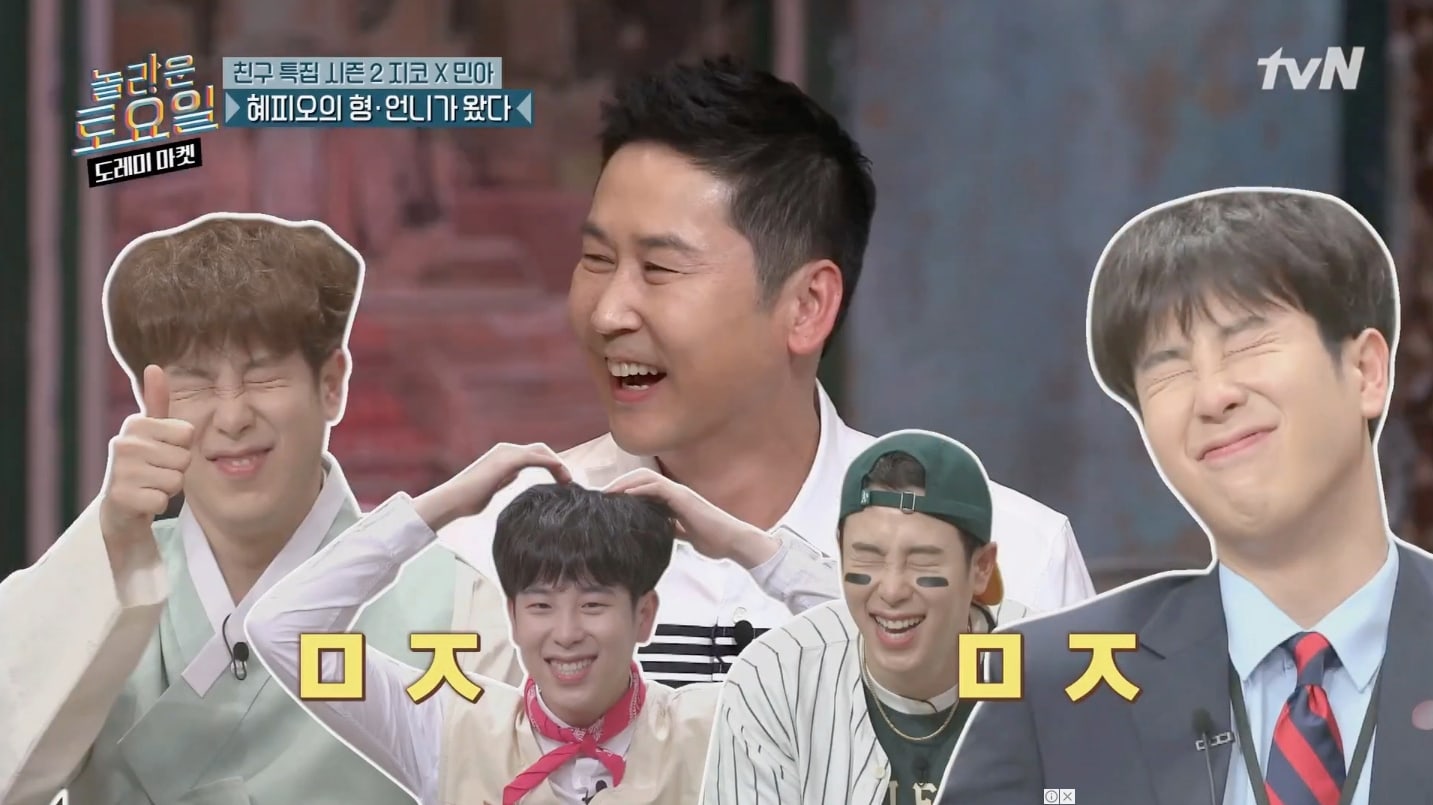 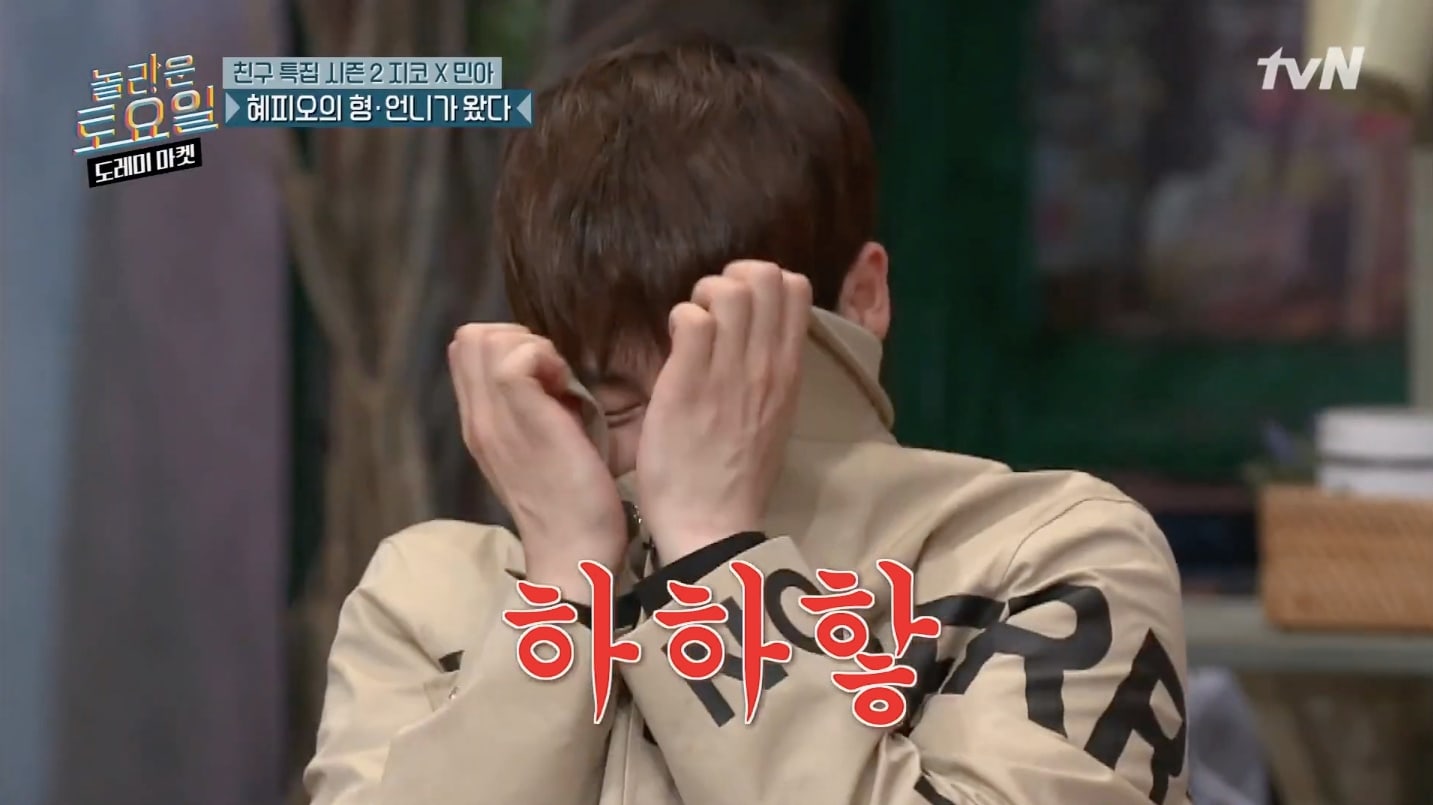 Boom also mentioned that there was a behind-the-scenes story to how Minah got invited onto the show. Minah explained, “Recently, Hyeri’s results [in the show’s guessing game] have not been very good. I asked why she was so bad at it these days, and she got mad and told me to come on the show myself. However, I have really bad hearing.”

The MC agreed with her statement, sharing with a laugh, “I’ve heard a story [about this]. At a fan signing event, she asked a fan to repeat their name six times. The fan eventually told her, ‘Please clean out your ears.'”

Hyeri added, “Our fans understand this now. Even if she writes a different name that isn’t theirs, they just move on.” 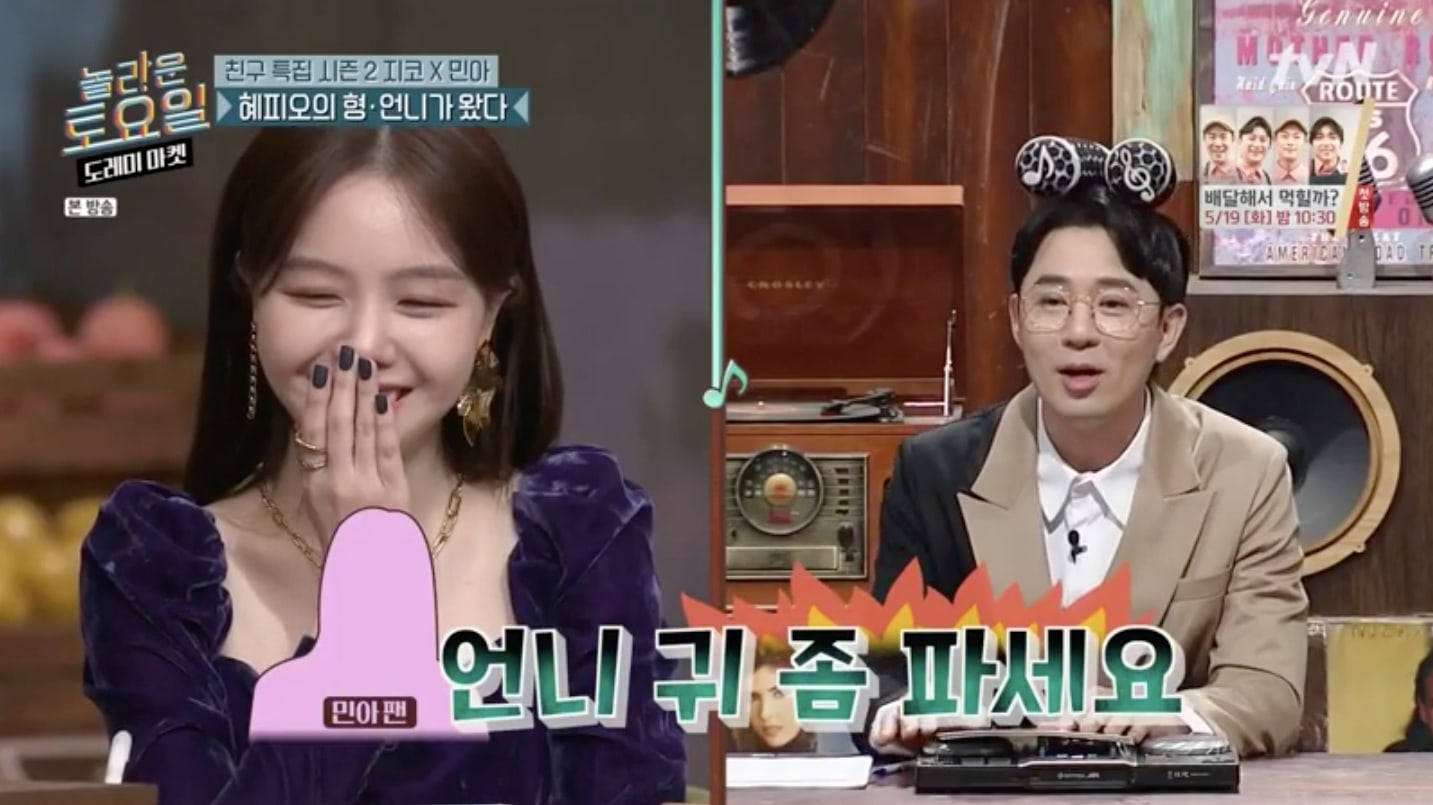 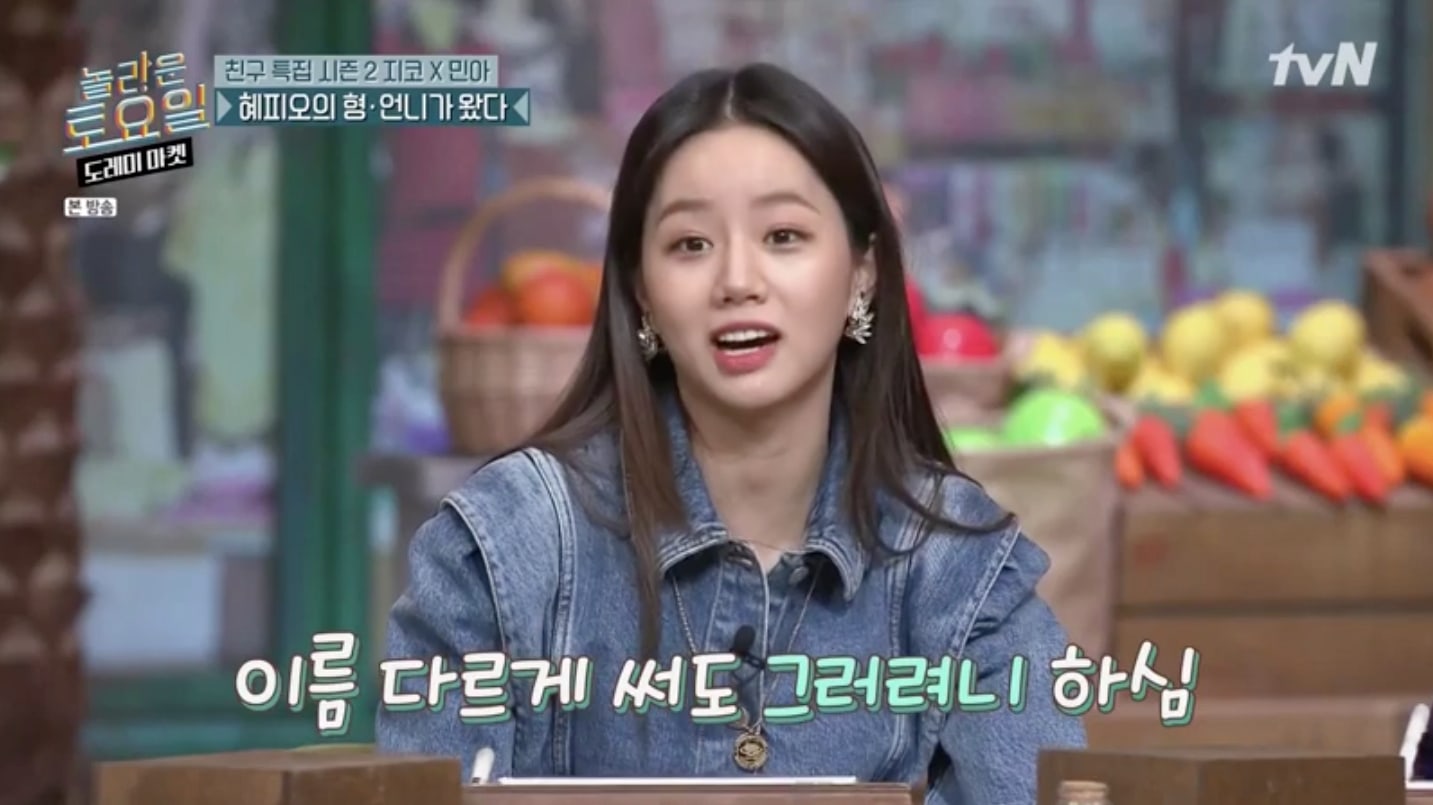