Kim Ah Jin, who has worked as an assistant at CK Channel for four years, would go to Park Jin Sung’s bistro whenever she is having a hard and tiring day. Park Jin Sung would listen silently as Kim Ah Jin talked and surprise her with a dessert to match her mood and appetite. It seemed as if Park Jin Sung never experienced any difficulties or let his struggles show, until he finds out his bad news in the teaser for the first episode.

Besides working at the bistro, Park Jin Sung also volunteers alongside his father at an orphanage. Although he may get tired, Park Jin Sung finds happiness when he is cooking. Then, he receives the news: he must close his restaurant. To Park Jin Sung, the news comes out of nowhere.

Meanwhile, Kim Ah Jin doesn’t seem to be in a good place either, as she struggles with her career as a contract producer and receives snarky comments like, “You’re submitting a project proposal too?” from coworkers.

In the newly released stills, Park Jin Sung and Kim Ah Jin both look anxious, as they drink alcohol and wallow in their sorrow. Kim Ah Jin even lets the rain soak her can of beer. 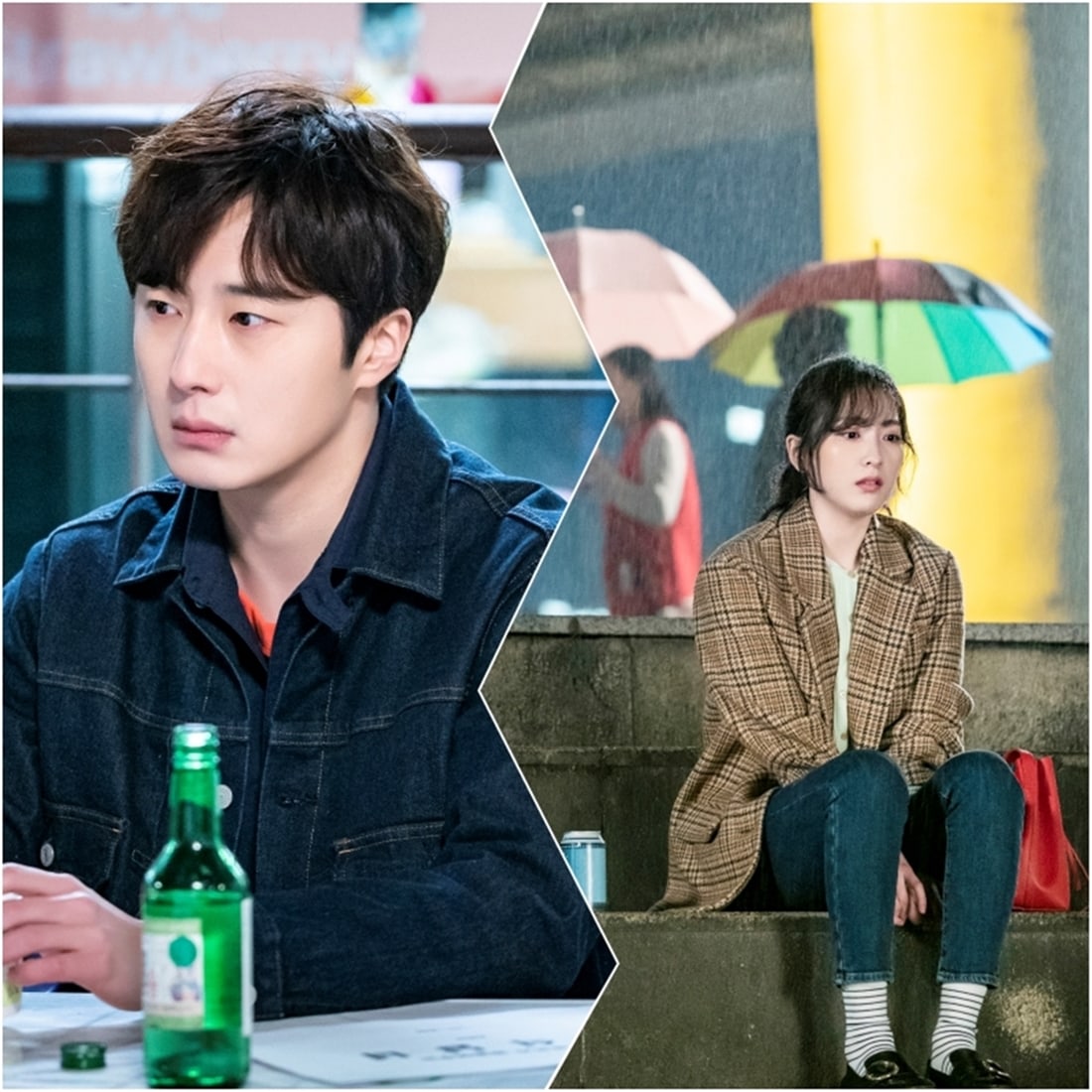 Then, an opportunity appears for the two: a cooking variety show.

Kim Ah Jin, who has received a one-of-a-kind opportunity from CK Channel’s variety director Cha Joo Hee (Kim Soo Jin), must find the right chef for the show, and soon, Park Jin Sung is auditioning for the cooking show, claiming that the show is the only way that he can survive.

How will the lives of Kim Ah Jin and Park Jin Sung, now producer and variety show contestant, play out?

The production team commented, “From life’s sweetest moments to its saltiest, the stories of Park Jin Sung, Kim Ah Jin, and Kang Tae Wan will unfold one after the other in a feast of colorful flavors. Please stay tuned.”

“Sweet Munchies” will premiere on May 25 at 9:30 p.m. KST and will be available with English subtitles on Viki. Check out the latest poster of the drama here!